Guns of ISG: The Makarov 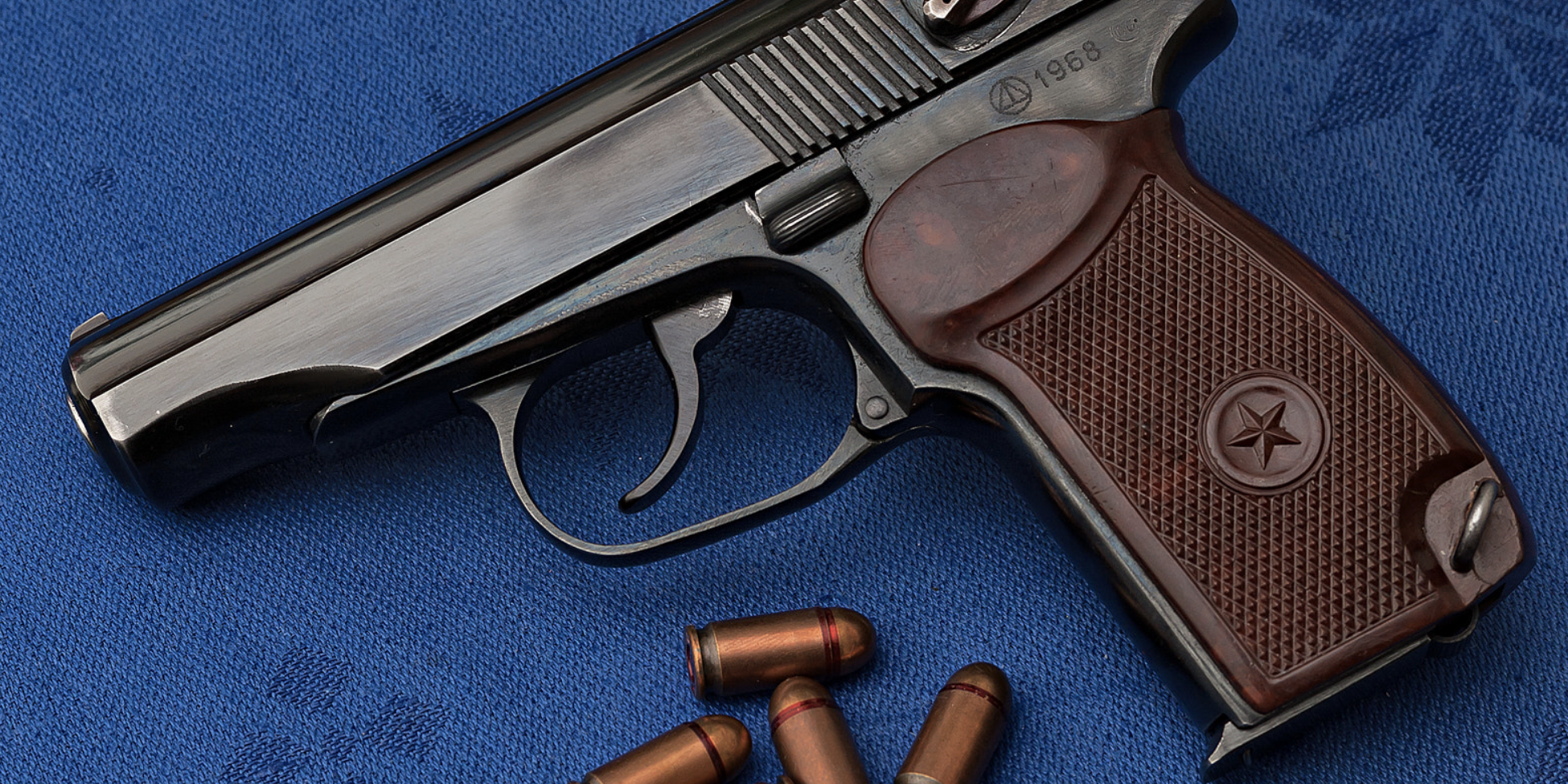 In this article, we will outline below why we believe that the Makarov should be considered as a well-rounded compact EDC carry gun for OCONUS use. Enter the Mak.

Sometimes, one is forced to rethink what is espoused as concealed carry gospel by Tier One firearm instructors. The full-size/compact double stack striker-fired semi-automatic in 9mm, with at least one reload, fancy folding knife, tactical high-lumen output flashlight, and a plethora of other can’t-do-without gear works great if you don’t mind firepower overcoming discretion. The reality for many worldwide is that tactical cargo shorts to lumber all that gear around isn’t going to be available or feasible. Sometimes even a holster is a luxury. Enter the Makarov.

To be tacticool without being a tacticlown, you need to take a strong, hard look at your Mission, Environment, and Context (MEC). If you’re not an operator, there will be little use in dressing like one, especially without training like one.

Additionally, for those of us visiting, working, or living in interesting, third world, less permissive countries where concealed carry isn’t a right, the price of many firearms is quite unforgiving, and detection means prison or worse. Therefore, an emotionless and realistic reevaluation of alternatives should be undertaken, keeping your MEC in mind.

So, a Glock 17 or 19, due to its length and thickness that gives it’s carrier more ammo and enhanced shootability, is as discreet as a pink dressed LGBT activist in a Hell’s Angels bar (It isn’t, even in appendix carry. The Glock, not the activist). While many can disguise its profile, being conspicuous as well as adequately armed overwhelms common sheepdog fantasies and the “dress around the gun” BS. Not convinced? Try concealing a G19 when dressed conservatively in formal settings before repeating the “G19 is the best overall gun for any occasion” mantra.

Concealability is why small handguns (easier to carry, sometimes harder to shoot) such as Jframes, subcompacts like the G26, and mouseguns, remain popular.

The gun community at large has a bit of a love affair with optimization. New products come out on an endless cycle, and there exists a subsection of consumers who are very gear-centric and feel the pressure to constantly have the latest and greatest gear, as if they were a video game character and they had to wear all the highest rated gear in the game at all times. If that’s your style and identity, then go for it. We don’t really agree, but it isn’t hurting anyone. It only ventures into the danger zone when assertions arise that if something isn’t totally optimal, it’s useless. Anyone who’s changed their own oil knows that while having the correct size socket for your drain pan bolt is optimal, a big-ass pair of pliers is hardly useless.

In this article, we will outline below why we believe that the Makarov should be considered as a well-rounded compact EDC carry gun for OCONUS use.
Enter the Makarov.

The major issue people have with comrade Makarov’s masterpiece is that some of its intended advantages are often touted as weaknesses.

DA/SA stands for Double Action / Single Action. Meaning that when you first pull the trigger, you will have a longer double action pull. Each time the slide reciprocates, it will cock the hammer before chambering another round, and so each subsequent shot will be in Single Action. Those who’ve cut their teeth on striker fired pistols or single action counterparts like the CZ75’s and 1911’s of the world often cite that more training is needed to operate these guns effectively. I think that as we see the sunset of over 30 years of Beretta service in the US armed forces we can put that notion to rest. In fact, the DA pull is often used in civilian CCW as a safety mechanism.

The Russians designed the PM to have a longer first pull for this exact reason. This allows it to be carried loaded, round chambered, but with the hammer down to allow the long first pull to act as a safety measure. It replaced the SA-Only Tokarev TT30/33, which required a cocked-and-locked style which demands safety manipulation to employ on the draw.  Moreover, DA/SAs because of their design, are well-suited for Non Permissive Environments (NPE) appendix holsterless carry, making them quite useful for certain situations when dump-now-retrieve-later is important. While a tad heavy and gritty (depending on the country of origin of the Mak), the DA can be quickly and cheaply improved into a very smooth one almost rivaling that of fancy well-established brands.

A directly-linked gripe is its safety decocker combo, as it is the mirror opposite of the Beretta and Walther PP family of guns. However, like the Mossberg safety, it is very intuitive, with the thumb pressing the lever down while getting the proper grip. There is no possibility of accidentally or negligently discharging a shot with it or disabling the gun doing reloads. Since it also locks the slide and hammer, it is quite a useful thing to have in case you need to drop the gun when agents of the State show up and start screaming at you in tongues.

Depending on the region you’re visiting, Makarov ammunition might be more common as 9mm. In most Middle Eastern countries (other than Lebanon and Israel) 9×18 is indigenous. It is also popular with certain organizations and terrorist groups, especially those formerly aligned with the Soviet Union and their cronies. It’s usually best to store at least 5 magazines and 5 reloads for all magazines owned as backup, and for practice ammo.

In the USA the 380 variants are much more common, yet still the majority are in 9x18mm. This is an ammo that’s commonly loaded by Brown Bear and other surplus import ammunition manufacturers and can be had relatively cheap. Which is good, because as with all surplus steel ammo, the name of the game is to have an awful lot of it. In the USA it can be a bit harder to track down the round, but in countries like Lebanon or where Russia previous occupied like Afghanistan, the round can be more ubiquitous than the 9mm Luger that we’re all used to stateside. If you’re looking at a local Makarov, consider which caliber it is chambered for and if that chambering will afford you ammunition availability.

The Makarov is an old gun, and thus suffers from the old-gun problem of capacity. 8+1 in a cartridge that doesn’t quite measure up to 9mm Luger doesn’t sound like an appealing venture when it’s roughly the same size as a Glock 19 that was single stack (Glock 48). However, that single stack nature does lend itself to some excellent concealability. One of our very own staff, J. Allen, has a soft spot for the Makarov and has carried his before with ease.

It is worth mentioning that there are 10 and 12 round magazines available for your basic Makarov’s. If you’re truly worried about the capacity there are also double stack versions available, but be forewarned that the magazines are harder to find and the cost you pay for them will reflect that fact.

The rounds don’t seem so bad when compared to other CCW darlings of the western world. J-frames, Glock 43’s, M&P Shields, and a litany of newcomers like the P365 and Hellcat all hold anywhere from 6-10 rounds and are carried without second thought by thousands of people every day.

A much maligned feature brought forth by the issues of the Tokarev dumping mags in the dirt whenever someone looked at it. It might take some time getting used to it, but even without using the poor man’s quick release mechanism or the excellent Fab Defense PMG, you can get the job done. Regarding concealment, the red bakelite or black plastic grip are quite functional and keep the profile of the gun discreet. Despite allowing you lighting fast mag changes, the Fab PMG’s extended beavertail makes it a bit less conspicuous than the factory grip. A small price to pay though.

The magazine release on the Mak is often touted as it’s largest shortcoming. The heel-release mechanism certainly isn’t near as ergonomic or swift as paddles on German pistols or buttons on American ones. This is where normally I would offer a counterpoint but the truth of the matter is that the magazine release on the Makarov is simply just not great. It’s a product of fears from the Tokarev era, a gun that would dump mags on the ground if you just looked at it funny.

So to keep magazines from hitting the dirt, the Russians designed a release that could not possibly be released unless you truly meant it to. This can be nice in the way that you’ll never question whether your magazine is seated or secure, but your reloads will have to be two handed and they will not be as sexy as your favorite gun youtuber can do it with their race glock.

Hitting the broad side of a barn

Being a blowback pistol with a fixed barrel makes the PM very accurate, offering center mass hits on targets at distances exceeding 50 meters. The author was able to repeatedly get DA as well as SA hits at 70 meters at a human sized rock. An often forgotten lore about the PM is that, because of a heavy slide and beefy barrel spring, it is able to shoot multiple rounds from inside pockets without any issues, originally a small revolver selling point.

It’s a small Russian surplus pistol, which are all things that wouldn’t make you scream “accuracy,” but the Makarov is a lot of gun in a little package. Being a very rudimentary direct blowback design, the Makarov has a fixed barrel. And as we all know, that can do wonders for pistol accuracy. This also leads to it’s legendary reliability, but the real treasure is just how well you can shoot this gun.

Speaking of it’s reliability, it should not be forgotten that because of a heavy slide and beefy barrel spring, it is able to shoot multiple rounds from inside pockets without any issues, originally a small revolver selling point.

The Makarov PM is, in our humble opinion, no pushover even when compared to more modern pistols. Its inexpensive price, availability in most continents, utter reliability in any condition, ease of concealment, and shootability make it an excellent primary carry for those wandering in less fortunate settings.

You can find more of Georges’s writing at www.salvosmodum.com