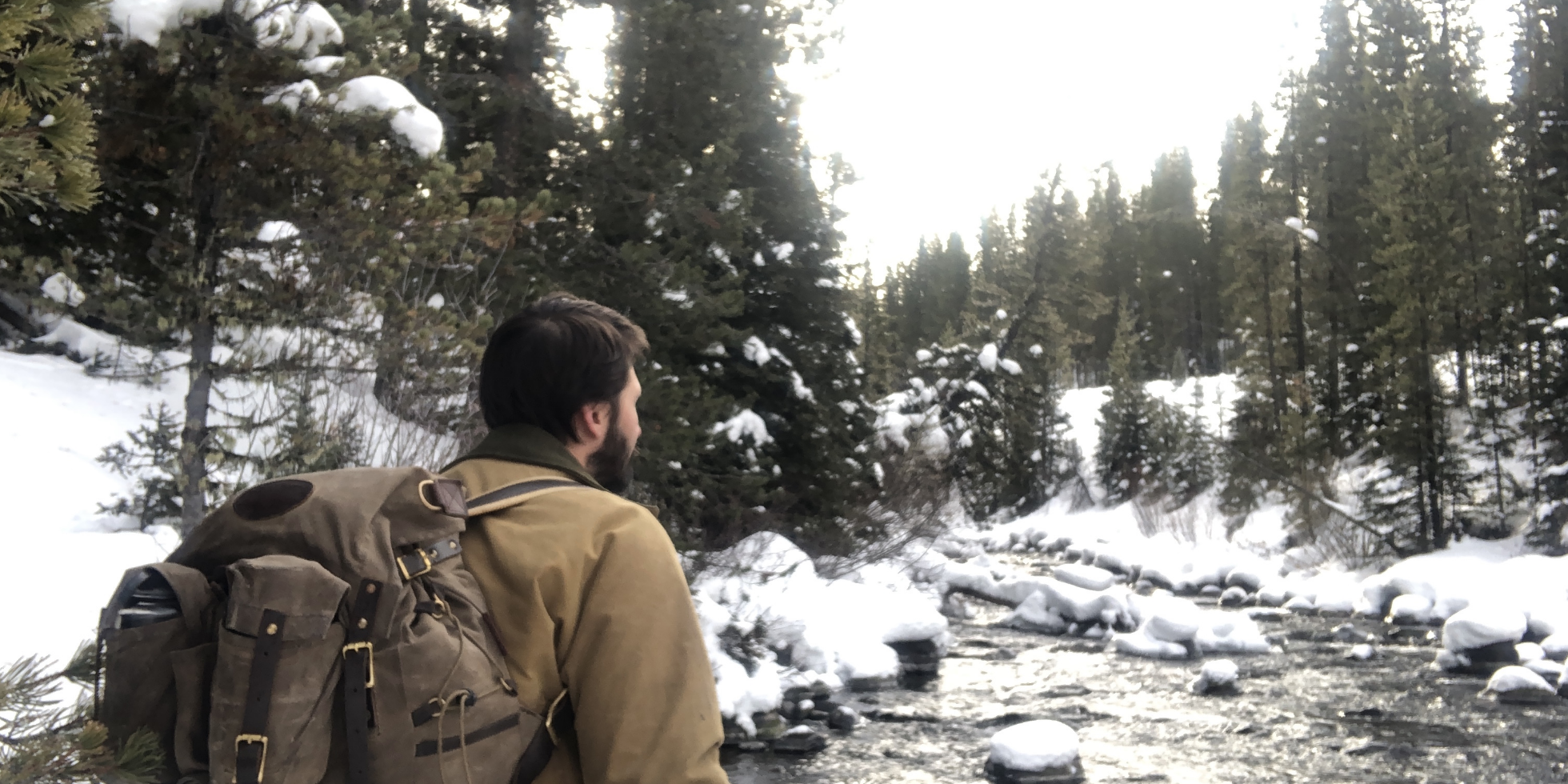 Cold weather means changing your layers a bit. The ISG team tested different carry methods to determine which were best… read on to see our results.

Like a lot of the firearms world, most of the demonstrations we see show skill displayed under ideal conditions. Ours as well, so no judgments, though we’re not at all at odds with talking about failure.

Even admitting that failure is a big part of the process, it’s important to instruct on best practice so when students dedicate themselves, they’re doing things “right”. After all:

However, unless you live in SoCal or South Florida, chances are you’re changing your wardrobe at least once a year, and at times you’re going to be dealing with major changes such as thick jackets, multiple layers of clothing, gloves, and above all: discomfort.

This isn’t something we hear much, if anything, about, because most range footage is showing ideal outcomes under something close to ideal conditions. If we’re serious about our craft, and dedicated to making sure we’re as capable as possible, we need to take into account that there are normal things that erode our efficiency. One of the big ones is climate, which forces us to change our mode of dress.

This plays hell on our ability to perform at our “peak”, but we’ve got an unpopular opinion to toss your way:

The goal isn’t to always be at your peak, it’s to always be redefining it. Our peak changes due to circumstances, so our goal is to ensure we don’t just tuck it neatly in the back of our mind and never think about it again.

As such, let’s talk about how extreme cold weather changes your peak, as well as how you can still perform as well as possible given a little thought and preparation.

As we often discuss in what we call our “zero line”, dressing for the weather rather than the indoor environment makes sense for a lot of reasons, not the least of which is that it ensures you’re ready for things you may not anticipate.

While this isn’t something we want to harp on here, if you’re out in flip flops and shorts when it’s below freezing and there’s snow on the ground, stop, drop, and roll down to the local garment store and fix yourself. Guns aren’t the priority, and you’re far more likely to be killed hitting black ice, sliding off the road, and freezing to death than you are to be shot. Prioritize based on the Rule of Threes. You want to be in something that won’t give you hypo (or hyper) Thermia within the hour if you’re caught outside.

This is one of the places we get the phrase “deep” concealment; it’s when your weapon is concealed under more than a couple garments. This can be under business attire in a climate controlled office, or it can be under layers of winter clothing while skiing cross country – what matters is how it affects our ability to access our critical tools.

Another issue with dressing for the cold is consistency.

It’s not always possible to dress consistently, as different garments have different layouts. If you’re in work attire, how you dress around accessing tools will be different than if you’re working outside all day. In as much as possible, find a consistent method of carry and practice on it.

Shirts and coats with snaps are quick to open and don’t require fine motor skills (such as trying to unzip a coat with a gloved hand under pressure), which is worth considering if you do conceal ‘deep’.

So one of the things  about the gun world is the preoccupation with the fast draw. The thinking is that the fast draw is about getting a gun in the fight first.

The problem is that it fails to account for a stark reality:

Situations are just complicated further by the addition of a gun.

The problem with this is: the time it takes to get a gun into the fight is a long time in most scenarios… as such, getting a gun up first is secondary to getting a gun in the fight without the other guy knowing.

We’re big on saying time buys you options, but if you’re racing another guy to weapons access, we introduce some problems:

So why is a fast draw still useful?

It comes down to mechanics: the act of drawing the pistol should be smooth, controlled, and methodical.

Even if you do have adequate cover, we still don’t want to drag our feet, fumble over our draw, and hand time (and options) to our enemies. Ideally, what we want is a clean draw from a dominant position once a lethal threat has presented itself.

If we have initiative (see: if it isn’t us being attacked for the civilian world, since we rarely keep the high ground while bushwhacking fools) draw before you risk exposure and use the angles to keep you from view. If you don’t have initiative, draw comes second to a controlled disarm or dominant position against the adversary. We discuss that a bit in ECQC, and have been in a few weapons based environment scuffles in real time which validate the importance of this.

This strays from the topic slightly, but once you’ve established dominant position, that’s not a green light to smoke someone. You need to be sure they’re still a lethal threat. That’s not easy when your blood is up, so train to ‘check’ your fire. We discuss trigger inhibition and drawing without firing often… Give these topics the thought they deserve.

Bottom line on Bottom: a sufficiently fast draw stroke is evidence that you’re doing the work and doing it correctly. It means you’ve cultivated a certain degree of physiological coordination. We can use that as a basis for comparison when we analyze shooting by itself, but it doesn’t mean you’re going to beat anyone in a fight.

Thermal extremes mean sometimes we can’t carry the way we want given and still be dressed in a way that’s smart.
For the most part, we still carry in the same basic ways:

For our comparison, we used three different pistols of three different frame sizes that generally conform to some guidelines; pocket carry pistols typically aren’t much larger than a G43. A full-frame GP100, which is about as big as you’d want to carry in an OWB holster. For the concealed carry, we used a M&PC, which fits nicely between the Glock 19 and 26, which are both very common carry guns.

After running the drill 5 times with each combination, we selected the most median videos from full speed as well as slow motion to compare the movements.

There’s a common adage that “slow is smooth and smooth is fast“, but what we’re really saying is:

The carry position and pistol combination that we favor for day-to-day carry (AIWB with a medium frame pistol) actually performed more slowly than the other options: pocket carry and open carry.

It was empirically faster to carry in the pocket or outside the waistband. But that’s not the whole story.

So in a monochromatic world, the best method would be open carry, based on our results.

There are other things to consider, though.

There’s something to be said for fast, but as we discussed above in the section on draw speed, that’s not the only important thing to consider.

We have to keep in mind the following:

Given that we generally have negative opinions on ‘open carry’ and view the fast draw as kinda gimmicky, there’s not much reason to change where you carry when the season changes. However, dressing in a way that allows you both comfort and protection from the environment, while still being able to access your tools in an emergency takes some forethought.

Snaps and buttons work a lot more quickly than zippers, and a solid base layer, such as capilene, mated with a decently thick fleece and heavy jacket are good enough for most cold conditions.

Not evident in the video, but of significant importances is gloves: you’ll want to train in them and get a feel for how they affect your ability to get a good grip and work the trigger on your pistol. Especially with pocket carry, gloves made a big difference in draw time. Thick clothing more generally is going to change the way your body moves, so get out and train in it.

A final thought: Don’t limit this to just firearms. Think about how it affects your access to tourniquets, your flashlight and pocket knives, and other utility items you may carry. One thing about adding layers is it usually means adding options; consider keeping your EDC gear in it’s normal place, and adding a second, lightweight option to your jacket (such as CELOX).

There’s no right answer for everyone, but with some study, experience, and testing, it’s possible to determine the best approach for yourself. If you’re forced to change your carry method by extreme temperatures, our approach is to do so as subtly as possible and don’t worry so much about the speed.

Worry about the awareness, tactics, and find a method that works as well as possible in the widest range of scenarios.