Bad practice: Is your spouse a Liability? 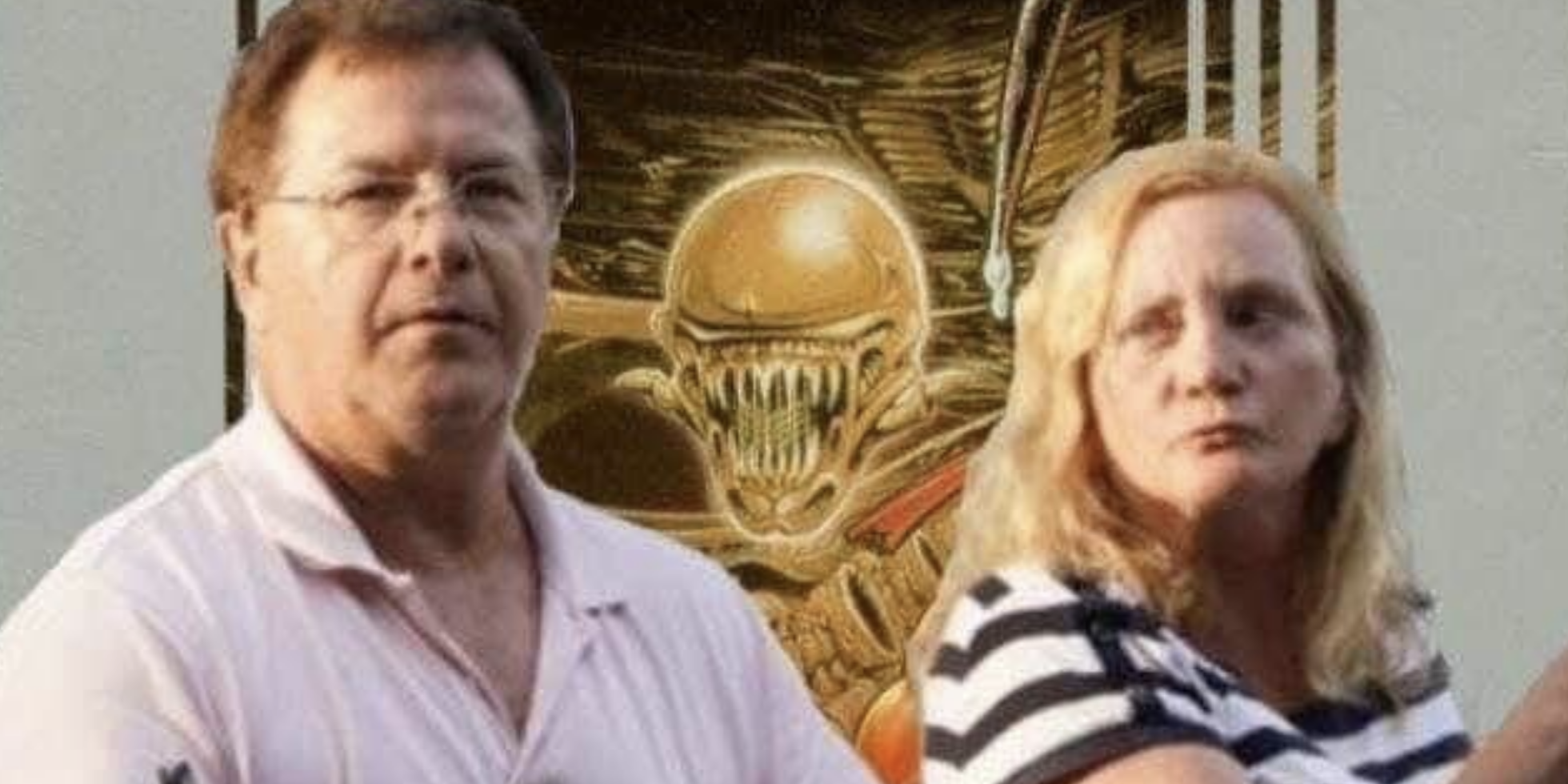 The case of Mark and Patricia McCloskey have one dramatic lesson to be learned – if you’re not discussing security with your family, you’re wrong.

The case of Mark and Patricia McCloskey drew attention from the usual partisan noisemakers, and were 2020’s gift to the Memeosphere – but underlying the banter are some actual lessons that we should really be paying attention to.

If you’re not familiar, on June 28th, a group of protestors entered the gated community in which the McCloskey’s live. The couple responded by leaving their house and standing on their veranda while armed. As is always the case, the videos and articles on the subject give viewers an incomplete view of the incident and moreover, it doesn’t matter because like everything, it’s become a partisan goat-rope and the noise to signal is following the 2020 trend of being almost total noise.

So, what should the prudent observer of this case take from the announcement* that the McCloskey’s will be charged with “Unlawful use of a Weapon”? Further, what does that mean and why should you care?

Because, as it turns out, there’s so much ambiguity in the laws as they pertain to what constitutes ‘unlawful’ use, and what constitutes brandishing vs open carry, that you really should know the difference before a peaceful protest rolls through your gated community.

* this link is actually a really good article on the topic, if for no other reason it shows the political bickering that’s at the heart of this articles intent.

Let’s look at two major elements of being an asset in tense situations:

Knowing enough about the laws where you live to act appropriately, and then working WITH those you live with in such a way that no one slips up.

First things first – we’re not all lawyers. I’m not a lawyer. I happen to have been arrested more times than I care to remember and charged a few, so I get how DA’s apply pressure to people. Worse, I managed to work in Law Enforcement after spending some years as a troublemaker, so I’ve seen how careless speech and eye-witness congruence, whether they’re full of shit or not, can really shape how charges form or don’t.

We recently discussed some of this in “Immobilized Vehicles“, and specifically relevant is that eyewitness testimony these days will conform to their political beliefs. You can’t expect that people will be honest in the current political climate. You can expect they’ll rapidly coalesce around a narrative, and where there is consistency, those consistent elements may make their way into a police report, whether they’re because they’re correct, or because they are a ‘lie oft repeated’.

As this relates to the McCloskey’s, we should keep in mind that ALL the verbiage being used to articulate points on either side are highly politicized:

Similarly, what does it mean to unlawfully use a firearm? When have you transitioned from open carrying a firearm to brandishing a firearm? If your spouse doesn’t know, what are the chances that a politically motivated dog-and-pony show might ensue that drags your family through the mud?

Finally, it doesn’t seem like anything has happened in years without someone recording it. Assume that every action you take will be recorded and – more importantly – cropped to fit the narrative de jour.

That means we need to redefine our idea of tactics regarding self defense to include these strange new circumstances 2020 has delivered us.

The Backbone of the Problem

Arguably the most significant contribution Mrs McCloskey made to that situation was to dramatically elevate the stakes. While Mr. McCloskey made some errors in his weapon handling, his posture was far more akin to “open carrying” a long arm than it was to physically threatening individuals by placing them at gunpoint.

The first tactical error came before, however, and that was the decision to leave the house. Why? Well, two main reasons:

If those protestors had been bent on committing real violence, it would have likely been brief for the McCloskeys on open terrain and without cover, choke points, or safe avenues of egress. Looking at this situation without a political bias, it’s evident that the threat to the McCloskeys really wasn’t lethal, that the presence of arms opened the door to liability, and that, most importantly, their approach to home defense was flawed from the start… and the onus of responsibility cited in the indictment was largely focused on Patricia McCloskey’s awful trigger and muzzle discipline.

If we accept for a second a couple assumptions, we can move on and discuss the meat and potatoes of the article.

First, a mob trespassing IS an intimidating presence, regardless of politics, and there’s a difference between open carrying as a deterrent and using a firearm to threaten violence. In all likelihood, asking people to consider this will cause them to bar the intellectual windows and accept that the issue isn’t partisan, but about an imperfect approach and an opportunity to learn. If you’re still here, let’s move on to how to make sure you (or your spouse) doesn’t enter the situation as a liability.

Second, threatening violence where it’s unnecessary to protect life and limb is a dramatic escalation that stimulates a response from the other party – and that response is unpredictable. It may be that they turn tail and flee, but as often as not, it excites people (especially those uninitiated to the effects of rifle fire) to greater escalation, as we saw in Kenosha. This means they may become more agitated, and more likely to press an assault, especially if they’re confident that you can’t kill them all.

As it relates to regular folks trying to defend their home, here’s a few crucial takeaways:

It’s said enough to be a cliché now, but owning a gun doesn’t make you a gunfighter anymore than owning a guitar makes you a musician. As we discussed in depth in “Dunning-Kruger“, the people who know the least about a subject are the ones most inclined to dangerously over-estimate their ability to perform a task. I’m going to make a bold claim and say that at that stage, that person is useless, if not a liability. If your spouse can’t move safely with a firearm, they have no business grabbing one to help fend off a mob that’s really not creating an obvious lethal threat.

Do we get the principle of property defense? Yes, absolutely. Morally there’s nothing wrong with wanting to defend what you’ve worked for from a group vandalizing property – but that doesn’t matter if you get yourself killed or incarcerated.

As we often say, avoid the “zero sum game”; once you enter into a conflict, it’s about losing as little as possible while making the opposing force risk and lose as much as possible. Who lost more here?

Who’s being arrested? Who’s spending insane amounts of money on their legal defense?

That mob has gone back to wherever they came from. Keep that in mind.

Training for this kind of event is really improbable. For one thing, most people won’t be well served investing time into training for mob violence, for several important reasons:

Let’s reframe this and make a declarative statement:

If you choose to engage a mob, you’re fighting them on THEIR terms. The situation, numbers, and ability to do violence favors them.

Given that, we want to plan to draw peaceful protesters, rioters, and ‘demonstration picnics’ AWAY from our homes, not to them. If you’re going to step outside to challenge them, why would you do so in a way that encourages them to close in on your property?

Well, because many people haven’t been trained well enough to know what they don’t know.
‍

We’ve often made this point: most of the emulators on social media play dress up with the boys, and popularize an adult version of “playing war”. There’s rarely any real risk, consequences for bad practice, or feedback from the appropriate Sphere of Violence – which for most citizens is NOT an operator or SWAT team member watching over you and giving feedback. It’s not going to be thick on plate carriers, night vision, or incredibly photogenic weapons, it’ll be a lot more built on understanding the angles, danger areas, transitional spaces, and hardened points in which a small force can stop a much larger one. It’ll be rooted in how to deselect your home from invasion or targeting in the first place. It’ll take into account fire protection, points of egress, and places to rendezvous.

All the stuff that you can’t just snap a shot of and put on the IG.

It’ll probably require going above and beyond the minimum (getting a concealed weapon license) and finding someone who can at least introduce you to some force on force and scenario based training. We’ve been saying for a while that there’s a day coming in which if you’re not doing force on force, no one will care what what you think. Even if there are no great instructors in your area, *some* force on force is better than none – at the shallower end of the pool, the exposure is more important than having an elite instructor watching over you.

So let’s itemize and prioritize some of this so that it’s easy to bring up with your spouse:

This represents the “soft” skills aspects of home defense and working as a couple to not get caught flat-footed if something weird happens. Let’s move on to the harder skills.

The often ignored next step for most people is to step off the ‘square range’, and really start working the other aspects of fighting that don’t just include marksmanship. Tactics.
While tactics have largely become an aesthetic or a 20 second clip of dudes shooting cardboard, the truth is tactics can and should be adapted for the home by couples. The term shouldn’t be a barrier of entry because you’re not ‘tactical’ enough. Simply put, your training as a couple needs to include some awareness that:

This has all departed wholesale from the McCloskey’s and their incident, and that’s entirely by design. While they’re the pointed end of the article used to open the tone, the broad point here is about you and your family’s safety. We can learn some crucial lessons from how these situations were handled in other cases, but ultimately we must return to our own circumstances, and be responsible for our own safety.

After all, if 2020 has illustrated anything clearly to us in the United States – it’s this:

No one cares more about your personal safety than you do. Period. End of file.

If you don’t make at least SOME moves to ensure your family has a plan, consider this: emergency response personnel care less than you do.

Doesn’t make them bad people, but in all but the most extreme circumstances, your family’s lives are more important to you than anyone else.