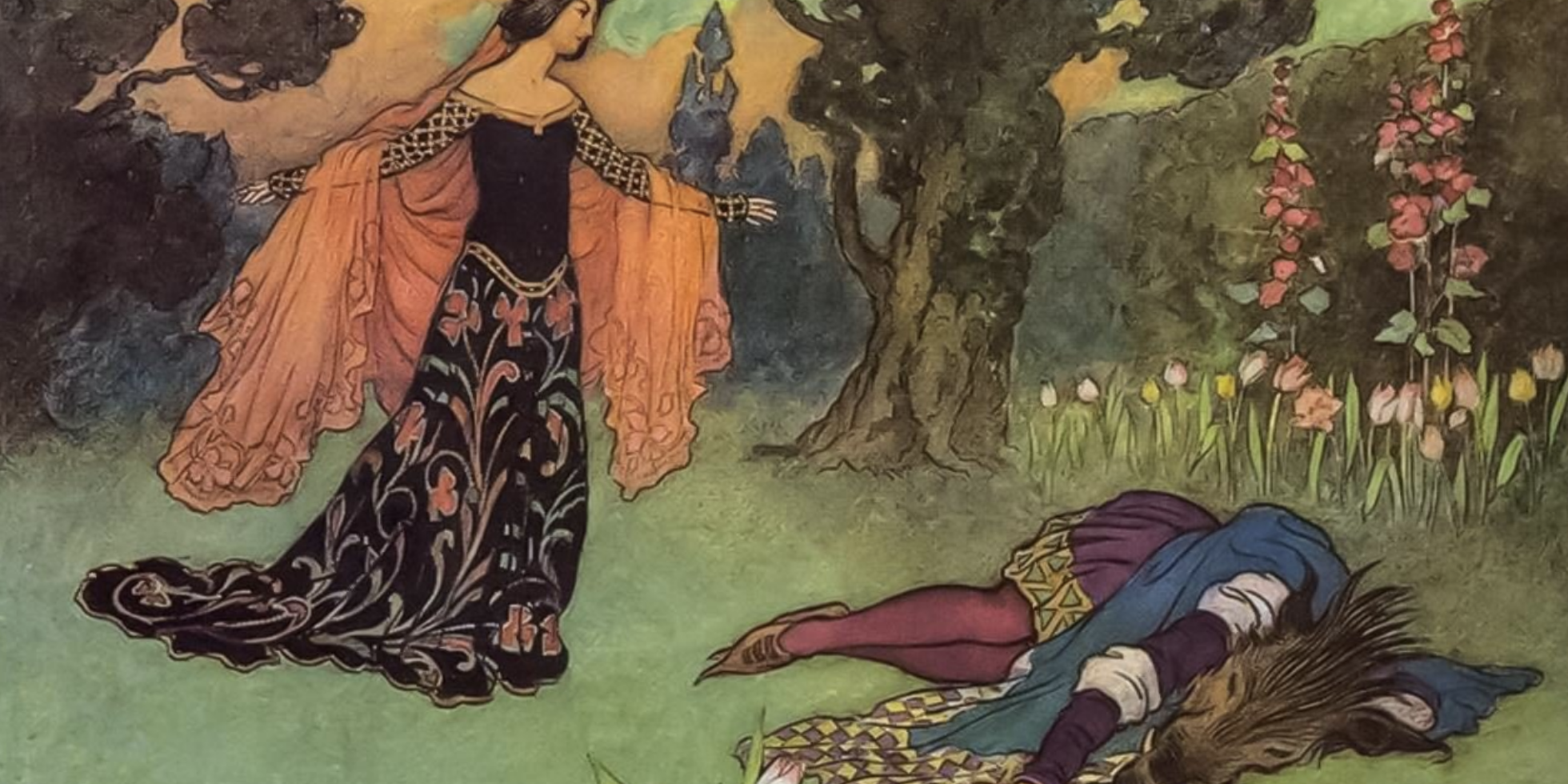 Do you ever get tired of gun culture’s endless stream of cliches, anachronisms, and tropes? Yeah. Us too. Gut check the Dunning Kruger’s club.

In this edition of “Mythbusting”, we’re going to spear a whale and burn it’s blubber. There have been some pervasive myths and bad advice moving around the self-reliance world for decades now, and our goal is to provide you solid, cited information proving them false.

While we’re going to tackle a few specific myths, there’s something much larger at play here:

At some point, most of these myths start as an improvised method to stop an unforeseen problem. Let’s call it like it is, we *all* love it when someone MacGuyver’s a solution off the cuff. It’s an awesome display of critical thinking, subject comprehension, and action – that’s what we’re all about.

The problem isn’t that solution. It’s what happens when people who don’t have critical thinking, subject comprehension, and initiative use mimicry to pass themselves as experts.

Have you ever seen “Idiocracy”? There’s a scene where the main character encourages the government to stop watering plants with a sports drink. He suggests using water, which is only used to flush toilets. So impressed with his critical thinking, when discussing solutions for a leaking nukulur reactor, the government suggests putting toilet water on it.

That’s exactly what people are doing when they take some experience out of context and advocate for it’s use.

Let’s try and stop that.

So let’s kick it off, dig in, and see if we can make sense out of some of this nonsense.

This often repeated piece of terrible advice has taken such deep hold that trying to argue it will elicit predictable responses:

“Why not carry one thing that can do TWO things!?”

“My College roomates friend had a brother who was a Special Forces Medic, and *he* said you can use tampons to stop bleeding.”

So here’s the problem: none of this is evidence.

Medicine isn’t about opinions, and medicine is a topic that can be factually verified by results. There is plenty of experiential learning that discusses best practice by people who have experience with this. The problem is – like most things – all too often people just don’t know what they don’t know.

They assume for example, because a tampon worked in one particular situation (stopping a nosebleed) that it’s good for all bleeding (it’s not).

It’s easy to fool yourself into thinking that because an answer makes sense to us, that it is sensible. When your knowledge is limited, however, you just don’t know how to properly analyze the affects of the decisions you make. Let’s talk about critical thinking. What we want isn’t a “blanket answer” that allows us to say “just do this”. This is the outflow of having a “solution first” approach, or putting the cart in front of the horse.

What we want to do is:

In this case, using a tampon to stop bleeding from a gunshot wound (which is common “prepper” lore) shows that they don’t understand the job of the tampon, nor the wound profile caused by a gunshot wound.

Worst of all, it’s putting the last item on the priority list first, as if it’s going to solve all subsequent problems.

While we’re applying this logic specifically to the “tampon solution” to bleeding, it’s applicable to other problems as well; to include guns and gunfighting. “having a gun” is the fourth on our list… but most people never focus on the more important tasks leading up to it.

So let’s start solving the problems by understanding the problems. For wound packing, you’d be better off with torn t-shirt than trying to cram tampons in there. Better yet, you could keep some combat gauze handy, and get trained on how to pack a wound.

By the way, you should treat medical skills at least at the same level of priority as fighting or preparedness. We should also acknowledge right up front that while the tourniquet is no longer a death sentence for the limb in a normal Type I emergency in the first world, in a collapse, things will be different. It will be much harder to keep people alive.

One of the next topics we’re looking to put to bed is caliber debates. While we’ve already addressed this in “Understanding Ammunition”, but let’s tackle a specific piece of really stupid assertion.

“The 5.56 was designed to maim, so it takes two men off the battlefield”

We’re going to break this down in a few ways:

First, let’s talk about the 5.56’s maiden voyage: in the jungles of Viet Nam we fought the NVA/VC – a largely irregular, communist force supported and armed by the Soviet Union. Without getting too deep in the muck about there being zero historic examples of them actually stopping in the middle of a fight to evacuate a wounded team mate, let’s dissect this a little:

Anyone making this assertion doesn’t know what they’re talking about.

Because no one throws down their weapon in a firefight to walk their injured comrade off the battlefield, that’s why.

If they do, they’re medics, and they’ll be keeping the light away either way. The medic’s primary role isn’t to fight, but rather to save lives. Further, the tactics employed by the NVA were largely ambushes, in which they’d unleash a volley of fire at close range and run away quickly. I’ve never read an account of them stopping to carry out their wounded, and even if they had, it’s unlikely they did so in such quantities that the military would design a cartridge specifically to induce that action.

Given that each enemy is different, would it even make sense to force the entirety of NATO to adopt a cartridge on such grounds?

So what we have here is an argument that makes no sense from a tactical or strategic perspective.

On to the history of the 5.56mm: it was discovered after the Germans lost Berlin (and the war) to the Russians, that maneuver was the only way to counter the Wehrmacht and that was largely dependent on the ability to use suppression fire and tactics. At that time, that mean automatic fire, which the old major caliber bolt action rifles just couldn’t do. We won’t bore you with the details, which you can read here, but suffice to say, the 5.56 was lightweight, and could be fed through 20 and 30 rounds magazines. It was low recoil, accurate, and the NATO countries decided that a smaller, lighter projectile would be more controllable under automatic fire. That was big back then.

Let’s talk briefly about the Hague convention. The assertion that the 5.56mm was engineered to maim is kinda silly when you consider that there was a major hew and a cry about it being too deadly.

…delegations expressed skepticism as to whether small caliber wounds rose to the level of “unnecessary suffering” in light of other wounding mechanisms on the modern battlefield.

Does it make sense that they’d be arguing about small, high velocity projectiles being too deadly while simultaneously being designed to maim? Yeah, nah. Nah it doesn’t make sense.

Of all the uncool stuff going around the sheep-hittin’ pipe dog world, Punisher skulls, Spartan Helmets and all the Molon Labe stuff is the most ubiquitous.

First off, let’s just call it like it is: It’s poser stuff.

If you’re SF, be SF. You’re not a Spartan. Similarly, if you’re a police officer, you’re not the friggin’ punisher. You’re *supposed* to serve and protect. If you joined the force to play military and dress up, save the world another bad shoot and pick a different profession. Don’t run around with “you’re F***ed” on your ejection port cover, and shoot a guy who’s in custody 5 times.

If you’re a regular dude, hit the brakes, because this stuff is stupid when professionals do it. What do we always say about posers?

Oh yeah, before we call it a night on this one, here’s some street smarts for you:

“Hitting the Pipe” = “Pipe hitting”. So, again, stop being a poser and using phrases you don’t understand.

These are just a couple of the more ridiculous gun culture myths. What we really want to leave you with is a litmus test you can use to sanity check peoples’ assertions. The last thing we’ll say is this:

You don’t need people like that in your life. If a person has committed themselves to being verifiably wrong, just cut ties. You can’t save everyone, and let’s face it, most people are not enriching your life. Cut ballast and find the good people, who can think AND fight.