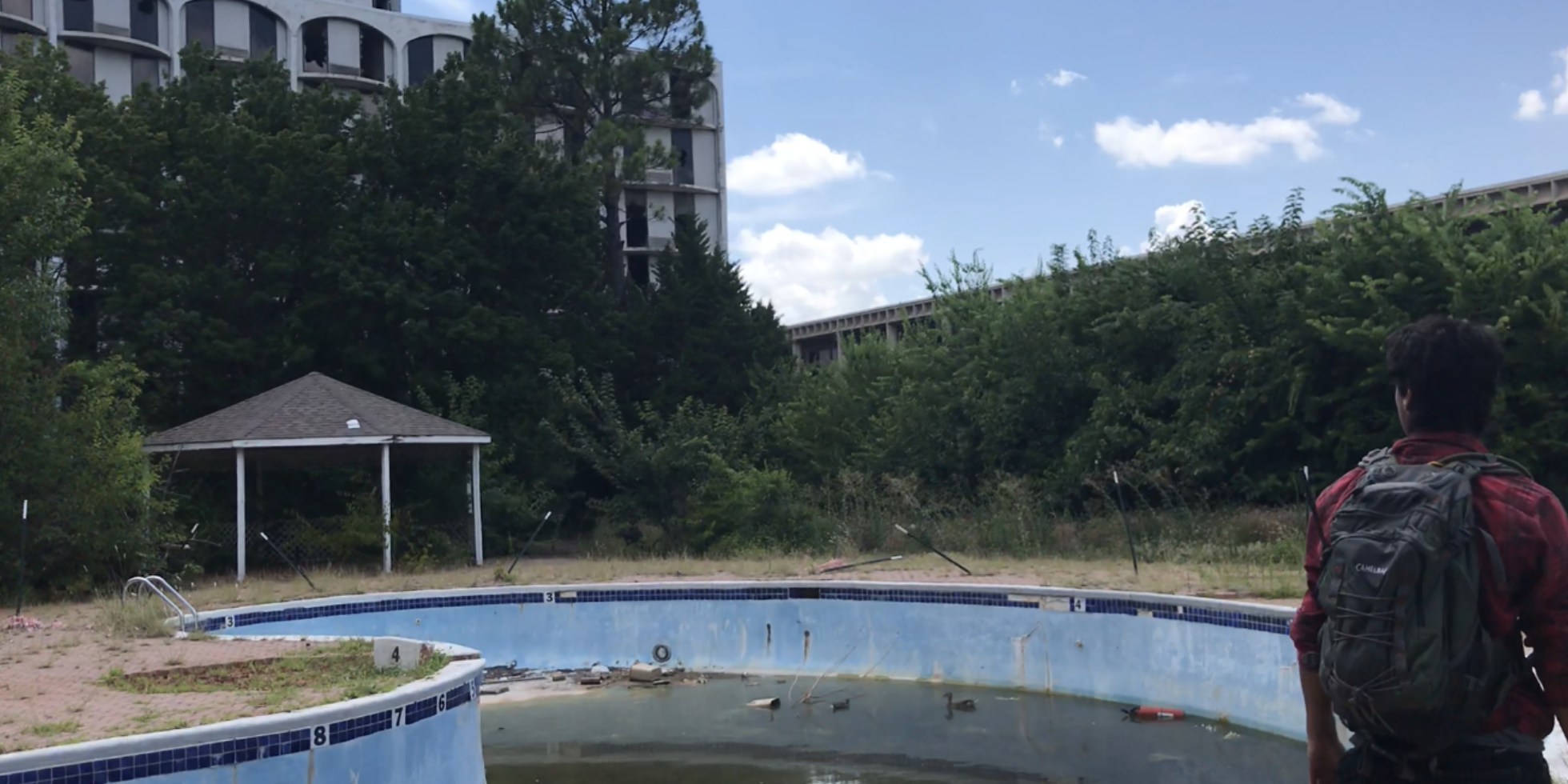 If you’re looking at anything more than a stroll through the woods with reasonably clean water, you need a real water filter.

If you patrol through the comments of any disaster preparedness forums, blogs, or social media groups, you’ll quickly be assailed with the following wisdom any time you recommend a good water filter:

These good people will talk you to death about their guns and how they’ll survive out of their backpack once the EMP hits, but what they won’t do is regale you with stories about how they got pinworms, beaver fever, or diarrhea from drinking water through an insufficient filter. The problem is, like cheap insurance, when you call to collect, there are usually a lot of caveats and addendums that leave you with a furrowed brow.

This topic is going to get heavy handed quick and if you’re inclined to look at reason and evidence, it’ll leave you with no question as to the importance of a good water filter… and If you’re banking on a straw filter for a worst-case scenario, well, at least you’ll know the risks.

We get that not everyone has the money to drop on an MSR Guardian, so please don’t mistake this as a jab at people on a budget. Our goal is to provide some evidence that you’re going to be miles ahead by saving and getting a quality filter (which can be had from $75-100) as it will last longer, perform it’s task more efficiently, and provide you more protection against what basically amounts to gut worms, diarrhea, and liquid cancer.

There are places where you can skimp. We’ve tested dozens of knives and backpacks. We’ll gladly tell you that if all you can afford is a Kershaw and a surplus ALICE pack, you can put those to good use and not be all that far behind the guy with a Kifaru and custom-made $300 fruit knife from whoever’s popular. They might even be ahead.

Often times, skill and mindset are enough to overcome deficiencies in equipment.

In the case of water filters, that’s not true… at least not without a lot of extra, time consuming work.

Let’s start by defining the importance of water:

Water is a non-negotiable, consumable requirement, and it’s a vector for diseases – especially in emergencies.

Also, if you’ve already grabbed a Lifestraw or Sawyer filter, we’re not knocking you. Taking *some* step is better than nothing. But, you need to have a realistic assessment of what you can expect if you have to press it into serve in a post-Disaster environment. For this reason, if you laugh at a $100 water filter, but you’ve got a safe full of $1000+ AR-15s, now would be a good time to consider your priorities.

A last point on this: we say often that water is a non-negotiable, consumable requirement. What this means is “You can never carry enough”. Period.

What you *can* do is have a method of preparing water you come across to make it safe. As such, if you can carry enough for a day or two and plan around finding more, we can address the problem of infinite requirement by having the right tools…

So, bottom line up front:

If you buy a $20 filter, you’re going to get $20 worth of protection for a resource you’re going to need through the duration of the situation, that – if filtered poorly – will make you sick with one of the deadlier conditions known to mankind.

Having briefly been a part of the nation’s leading water science agency’s water division, there are some major considerations that you need to understand when it comes to water safety. First of all, let’s break it into two categories: Physical safety, and Safe Consumption. We’re not going to talk about physical safety here (think: floods and boating, which are responsible for an astonishing number of deaths) but we’ll instead focus on drinking water.

In particular, we want to be thinking about inorganic (Dissolved solids, heavy metals, chemical toxins) and organic contaminants.

What we should make clear at this point is that there are places in the U.S. that are drinking water that have 3rd world standards of treatment. Flint Michigan is a recent, high profile example. Toxins in the groundwater found at Love Canal, NY caused widespread birth defects, miscarriages, and cancer in the late 1970’s [3], so this isn’t a ghost – it’s a legitimate concern. Most filters will not address these threats – so layer your plan. You should be boiling in addition to filtering, unless the situation is very dire.

We should only expect that this will get worse if we find ourselves in a state of emergency.

The second point to consider is the introduction of biological contaminants. We’ve covered this before in our article “Water in Emergencies“, so please reference it if you’re interested in more. The short version is this:

The takeaway from this section is that water all across the U.S. has contaminants and it doesn’t matter if it’s groundwater or surface water. Additionally, it’s often impossible to tell if the water is contaminated. It can have a pronounced signature (rust colored deposition on vegetation, irregular color, etc) but it may not. Further, bacteria from decomposing animals are impossible to detect.

These problems are compounded by disasters, so plan accordingly.
‍

First things first here: NO filter will give you an accurate estimate of it’s true capacity.

We found the Vario filtered about 500 gallons (1/4 of it’s rating) before it’s media cartridges needed replacing. The Sawyer filters can be back-flushed, which cleans the microfiber membrane, but the process can put you at risk of exposure to the filter waste. Further, it happens at frequent and inconvenient times. The Sawyer managed about 100 gallons (an unflattering 1/2000th of their claimed capacity), and we found when backflushing, there was risk of the dirty water dripping down the filter. This could allow contaminated water to enter the bag.

The Vario managed far more water (we continued testing it until it developed the signature flavor and odor), but it lasted several years more and by our estimate, about 400 gallons more water than the Sawyer before it needed media cartridge replacements.

For this reason, one of our first considerations is “can I replace and/or service the filter?”

As well, one of the things we’ve found that doesn’t get any talk is if you’ve got family, how are your kids going to drink from that lifestraw? You want them hovering over a pool of muddy water and trying to drink from it while you hold them in place?
What if you’ve got a small group with canteens/Nalgene bottles to fill? How well suited is your filter to that task?

While it’s perfectly fine to collect water using a straw filter from a reasonably clean mountain stream on a casual hike, it’s substantially worse when there’s a steep, muddy bank and cold temperatures. When evaluating the ability to collect water, here’s what we found:

In short, for longer term emergencies, the straw/bag filters would be clumsy, time-consuming, and require risking greater exposure to the potentially contaminated source.

Often enough, guys will say “well, even if it’s not the best, I can still boil the water”. That’s true and it’s a good point – you absolutely should still boil.

But please go look at the capacity on the filter bag for the straw filters. Your efforts will probably yield between 8 and 16 ounces of water per filtering attempt.

How fast can you get a 3L camel back filled? Do you carry a metal cup with which to boil the water? How long will that take at your locations elevation? Often as not, guys aren’t even carrying a cup to boil water in, so be honest with yourself. We’ve lived out of our packs and tested these devices thoroughly, and comparing the Straw/bag filters to the pump is like comparing a bicycle to a car.

One clearly outperforms the other.

We are always open to other perspectives, but we’re confident in our results.

To paraphrase our net takeaways:

When we discuss having the right tools, we need to look at whether or not those tools can keep us afloat while we move, not just can they get us a drink while we’re at our water source.

During side by side testing, we found that the lifestraw/Sawyer type filters were less effective at filtering out bad odor and flavor, drew water at a slower rate, were insufficient for gathering water for a small group, and were not end-user serviceable. While we lacked a laboratory to verify the exact effectiveness of each filter, there was a clear, consistent advantage to purpose built backpack filters that were pump designs in their efficiency in drawing water, service, and bacterial growth in containers.

Further, while Lifestraw filters often featured reservoirs, those reservoirs were intended to be filled with potentially contaminated water.

In our view, pumping the water into a cup or pot that can then be boiled before adding it to your water storage gives the best overall results.

Water isn’t something you want to mess with. Not only is contaminated water full of both biological diseases and carcinogens, but you’ll always need clean water. We’ve discussed layering your plan in such a way that you’re able to make a primitive filter, and we encourage water treatment in home using filters.

Our goal isn’t to play with fantasy setups like “I’m never coming home bags”. It’s to sustain deliberate activity, and as such, water is a critical element in staying deliberate. Without it, you’ll choke, sputter, and die. If you drink bad water, you’ll not only require *more* clean water to recover, but you’re likely to contract a bacterial or parasitic infection (especially in tropical regions).

Straw type water filters aren’t good enough for emergencies. They’re OK if you’re just tooling around in the woods on short hikes, but when it comes to situations in which your access to clean water is hampered for long periods of time… Don’t bet your life on them.