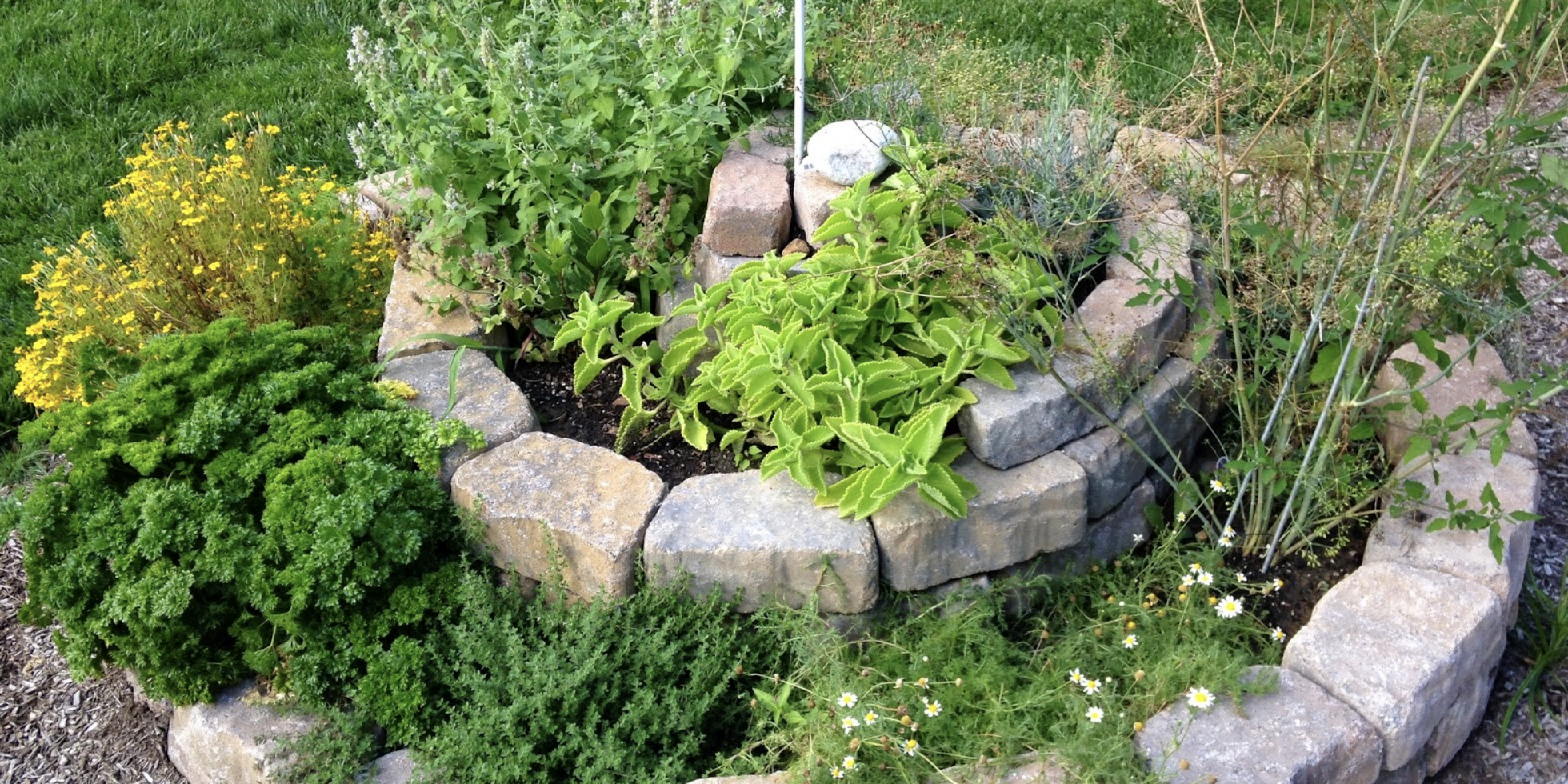 The simple construction and utility of the design makes it an excellent addition to your resilience plan that adds flavor and character to your yard.

The difficult problem most of us face when it comes to agriculture is space and time. Being able to plant and harvest your own herbs is probably the simplest way to supplement your culinary efforts. The Herb Spiral is an excellent way to meet that end. It also looks nice, is extremely easy to maintain, and provides a minimal amount of effort for a decent yield of fresh herbs.

There are several concepts in sustainable agriculture that really allow the home gardener to maximize the return on their efforts, and one of the easiest places to start is the herb spiral. With an afternoon worth of labor, you can have an attractive, simple, and efficient way to keep some herbs growing.

The project starts with selecting an ideal location for your spiral; I chose a spot in my back yard that had good southern exposure, and was reasonably close to the kitchen.

All the necessary ingredients for the spiral can be had at a home and garden store.

The first step was laying out the material. I prepared the site by digging up a 4 square foot section of ground, and laying down cardboard and manure. After adding more water to the mixture, a dry sheet of cardboard was placed on top. With the cardboard as a template, the bricks were laid in the spiral pattern. The contour of the retaining wall bricks is nearly ideal for this purpose.

The outer bands would be the ‘lowest’ point at 1-2 blocks in height, while the center was but up to a height of 6 blocks.

After allowing the fill material to settle, more soil was introduced. After this, the plants were introduced according to their preference for sun or shade and placed in their spot in the spiral.

The third step introduced the finishing touches on the spiral itself, including the solar lights, and the addition of a little more soil to compensate for the compaction and settling of the soil added previously.

The fourth and final step was using some excess visqueen I had lying around to create a barrier space around the spiral. This was optional, however, it would help ease the burden of mowing around the spiral at odd angles. In retrospect, it would have been easier to section off a larger area and do this from the beginning!

With the space filled with river rock, it made a utilitarian, and nice looking space that was far easier to landscape around.

herb spiral should end up being no bigger than about 6′, and should keep you with fresh herbs for most of the year (depending on your climate). Additionally, it requires minimal tending, as there is little opportunity for weeds and grass to get into it.