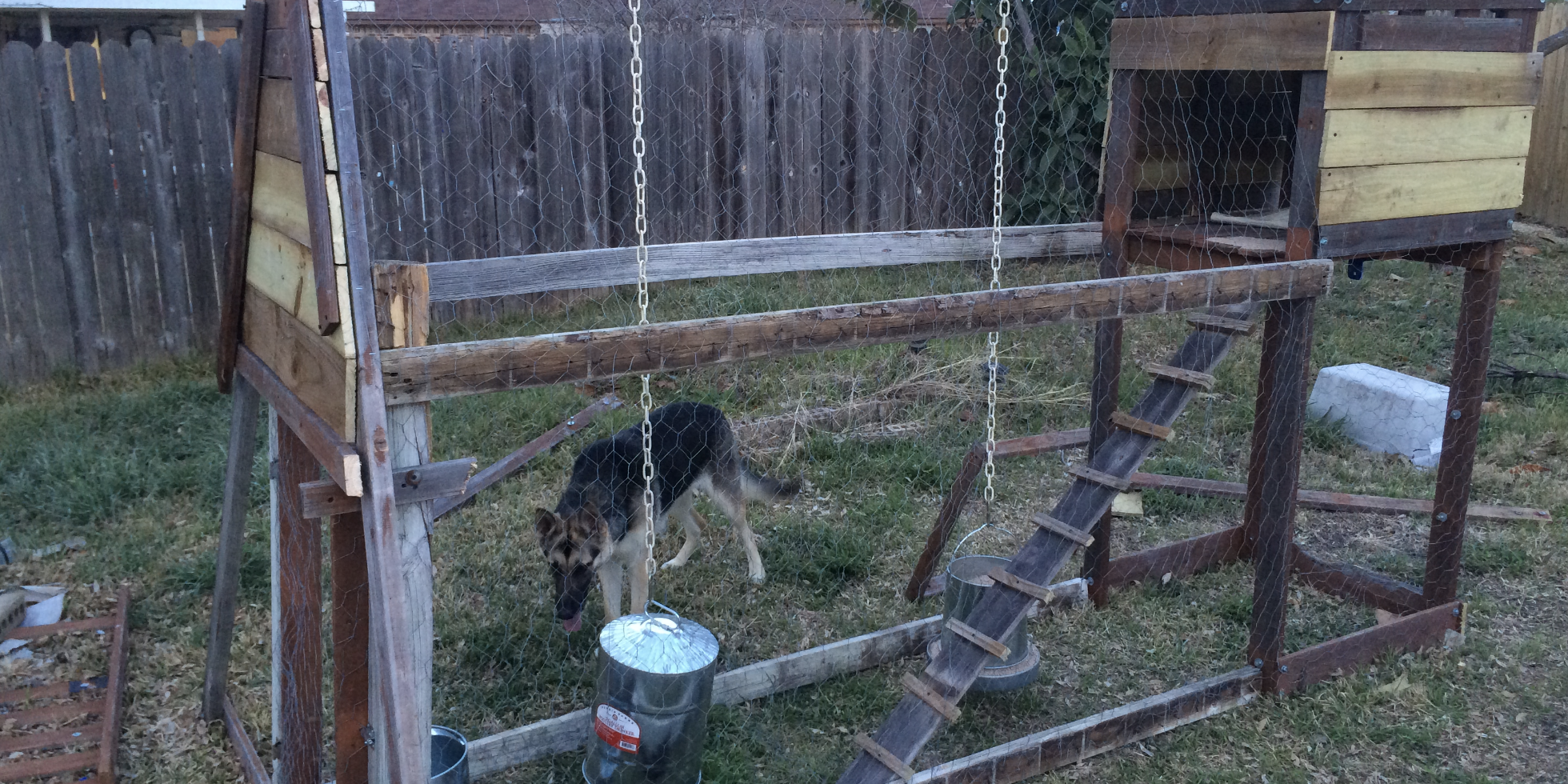 If you’ve ever considered backyard chickens, but didn’t know where to start, we have some answers for you. Short version? Chickens are easy, fun, and rewarding.

Chickens are one of the quintessential animals for the homestead or farm. Not only are they delicious, but hens provide a daily boost of protein that can supplement your family’s diet. Our experience with backyard chickens spanned several years and going in, we read countless books, blogs, and shopped around for the perfect little chicken tractor.

Bottom Line Up Front: None of it really helped.

You wouldn’t expect it, but chickens are actually pretty good at providing for themselves… You just have to keep them from being eaten.

Don’t worry too much about having the perfect roost or nest set up and don’t waste your time and money on some expensive chicken tractor. For best results, you’ll need a yard that you can fence off, and whatever you do: don’t listen to the people who say chickens will eat bugs off your garden. They will, but they prefer to eat your garden.

Chickens need a roost up off the ground, and some sort of barrier between them and predators. In the end, we just re-purposed a kid’s swing set that was damaged in a move. The approach was basically this: wrap it with chicken wire and make a door. Where the swings went, we hung hanging water and feed so the chickens had a reasonably safe place to hide out with some food in it. They naturally went there to lay at first, but with 4 hens, it got crowded and one bird started laying under the deck, so make sure you’ve got a square foot or so for each bird. The swing set coop was to get us on our feet, and it worked, but for more than a couple birds it just wasn’t big enough.

They’re going to destroy whatever ground you put them on, so having something you can fence off and move is of benefit. The good thing is their poop is a great natural fertilizer, and their scratch turns the ground and reduces weeds, making the old site perfect for a garden the following year.

Provide them with a fenced area (so they don’t wreck your yard), a roosting area that’s up off the ground and out of the elements (keep cedar and other soft wood chips away, birds are prone to respiratory problems and coniferous wood can give them diseases) and feed/water them.

We used the anchor points from the swing set to make hanging feeds which worked pretty well. However, doing it over, keeping them a little further off the ground and covered to keep the feed from getting soaked during rainstorms would have been a good play. The food will mold in hot, wet climates, such as central or East Texas. We hung a water feeder in nearly the same way, and it worked just fine.

A final note: The problem with chickens is *everything* knows they’re delicious, so you’re going to need to make sure your coop is overbuilt.

Other than that, don’t overthink it.

From Raccoons to dogs, all carnivores are going to try their hand at eating your chickens and their eggs. Certain breeds of domesticated dogs (German Shepherds – like the one continuously eyeing the birds in these pictures) are known for killing them, so while your dog can provide an alarm system for other predators, be careful about leaving the birds to hang with the dogs.

Some predators will dig, so if you can, wrap the bottom of the coop with chicken wire as well, and secure it along the seams as tight as possible. Either a trim piece over the joint of the wire, or tack it down with screws and washers. The further out you are, the more wild animals you’ll have to contend with. Keep in mind most of the predators will be nocturnal, so keep the birds up off the ground and the coop wired tight. If you range your chickens, they’re going to get eaten. Especially if you keep only hens, your birds will be vulnerable. Not only that, but snakes, raccoons, and dogs will all eat eggs if given a chance. If it happens to be a domesticated dog, it can be a real problem.

Useless information, but that’s the origination of the phrase “that sucks”. It started as a permutation of “Egg sucking dog” in the early 1900’s, with first attribution being around 1906. An egg sucking dog was a pretty lousy thing to have if you’re working on subsistence in post-Civil War America, so it got truncated to “this sucks eggs”, and then “this sucks.”

It’s not a reference to what most people think. So keep your dogs away from your eggs unless you want to risk starting an avalanche of slang that last for over a century, is what we’re saying.

Chickens are really pretty easy to maintain, but they can do some weird and messed up junk; we had one bird who would crack the other birds eggs.

She wouldn’t eat them, but she would damage them. The eggs themselves can get thin if the birds are well fed.

Hens are generally pretty quiet, but we had one that made a strange cooing sound, sort of like a really obnoxious pigeon. She’d do it at all hours, too. Another really annoying habit they had was when they were free ranged, they’d climb up on the roof. Since they’re chickens, they can’t help but scratch. Not only did it keep us awake, but it tore up our roof shingles.

They also turn any ground you range them on into muck – the sludge gets worse if you live in a wet climate; the slurry of poop, mud, and bare ground can make a nice garden space if you cultivate it wisely, but it takes work. You want to confine them to a specific area. Ranging is great if you’ve got 20 acres, but if it’s your back yard, you don’t want to come home from work and have nothing but sludge out there.

There’s a reason farmers cage them, feed them, and forget them. Weird as it might sound, though, they all have personality.

Being in the city, we got all sorts of questions about having chickens, and nearly always, they’d come from someone looking nervous about asking a “stupid” question. It’s perfectly fine not to know something, so here are a few of the questions that seemed to embarass the asker:

Check with your city’s ordinance if you’re in an urban area, but otherwise, there’s not much of a reason not to keep chickens. Even if it is, you can often present your case to the city and win, as hens don’t make any noise, do any damage, or carry much in the way of diseases.