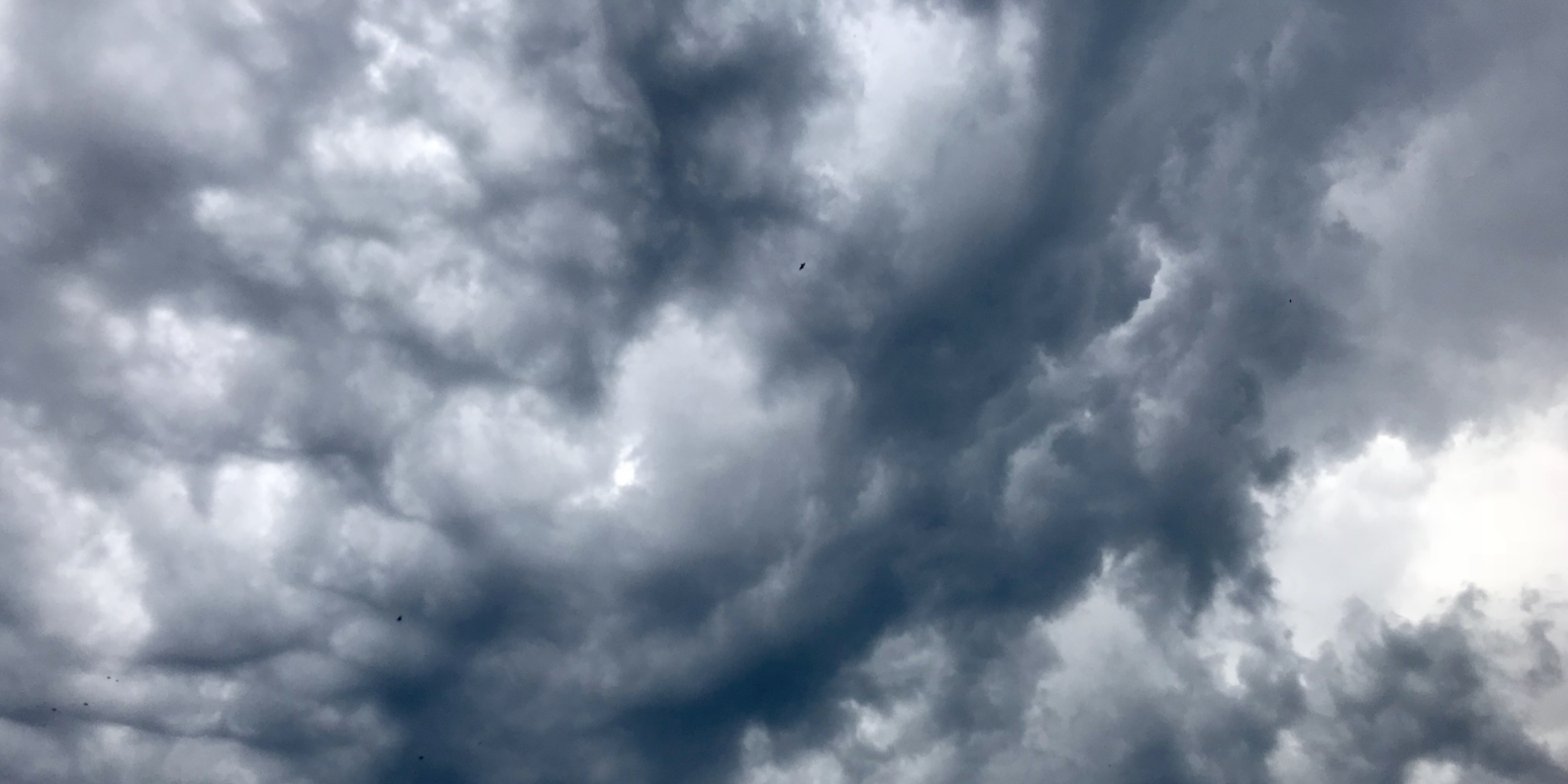 The sky has a language that tells you its intent if you can read it. In this article, we discuss the meaning behind the clouds, and how to read them.

In our previous entries on reading the sky and terrain, we discussed some of the elements we can see.

In this article, we will continue to do that by discussing the cloud itself, and what conditions create them. With this knowledge, you can better understand what you’re seeing when you look at the sky, and how that relates to weather that could impact your plans. The objective is to give you a powerful tool in assessing conditions as you get out and spend time outdoors. Weather can be deadly, and shelter is one of our top “rule of three” priorities. Understanding how and why it develops is an important step in beating mother nature at her game… especially considering her game is killing you.

In meteorology, ‘Cloud Genera’ is a term we use to describe the types of clouds. As we progress, however, we learn that these types have significance; they tell us about the state of the atmosphere, which is a boon when you’re afield and could be affected by surprise weather.

Plain speak: Clouds are a language, and you can learn to speak the basics.

In this article, we’ll start with the very basics by breaking clouds down by their heights, and the conditions that create them. Put simply, we will ask “At what height are they in the atmosphere?” and “is the atmosphere stable or unstable?”

Cloud height tells us quite a bit about what’s going on in the atmosphere, but before we get to that, it’s important to talk about stability. Stability isn’t an easy concept to explain, so we won’t spend a lot of time on it; suffice to say that when the temperatures increase with height, the atmosphere is conditionally stable. If the temperature cools with height, we have a conditionally unstable environment. How fast it heats or cools plays a part as well. Generally we expect that the atmosphere will cool 3.5 degrees F (2 degrees Celsius) for every 1000 feet (305 meters). This is considered a ‘neutral’ environment, and is a useful reference.

Clouds are a language, and you can learn to speak the basics.

Now, let’s look at an example of our 6 basic cloud types:

Stratus is a low level, stable cloud that creates drizzle or snow. Drizzle is ‘continuous’ rain, and generally feels more like mist. Very common in coastal climates, stratus tends to linger and drop a lot of rain a little bit at a time. The appearance of stratus is similar to a sheet; it appears as a smooth, covering layer.

Altostratus is a mid-level, stable cloud that generally doesn’t produce much precip (occasionally virga, especially in high desert environments). It’s found frequently ahead of fronts, provided there are no mountain ranges to interfere with them, and they can warn of an approaching front. Altostratus frequently brings warmer weather and higher humidity, and can be confirmed using a simple trick: if you can’t see your shadow, there’s altostratus present. This is because the clouds are highly reflective and the light that passes through the clouds is diffuse due to the thickness and altitude of the clouds.

Cirrus is a solid state cloud, being ice crystals and very high in the atmosphere. It typically appears under high pressure, or during transitional moments such as post-frontal periods. Likewise, it can be in wisps (horsetails), or more uniform swaths (shields) which ride over high pressure. Because we know something has to be driving that lift, when we see cirrus, we should be cautious of a weather change.

Cumulus, which is latin for “heaps” is the puffy, popcorn looking clouds you see during fair weather, and if given enough time, develop into rainclouds and thunderstorms. The type pictured here is typically a sign that the weather is fair, but be alert; Cumulus like this generally means there’s lift and moisture present. That’s often times the first indication that a front is approaching. Cumulus commonly produces rain showers and snow flurries.

TCU’s, or Towering cumulus clouds are the “core” of a storm cloud as it forms. They typically reach up in columns that can extend several thousand feet. TCU’s themselves aren’t major weather producers, however. What they are is a physical manifestation of a couple ingredients necessary for storm development: Moisture, and lift. TCU’s mean the atmosphere lift, instability, and moisture is rising rapidly. However, they don’t mean “watch for storms unless there are a couple other things in play; Dry air intrusion in the mid levels (this can be evidenced by a “tilt” to the TCU. If you see that, watch out for…

The Cumulonimbus, or “CB” is the traditional storm cloud, and produces strong winds, hail, lightning, and heavy rain/snow showers. Hail and Lightning are only produced by CB’s, so if you see those, you’ve got a storm on your hands. While it’s beyond the scope of this article to examine just how powerful a storm will become, tracking the development of the CB is a practical skill that can have serious impacts on your time afield. In the TCU section above, we discuss the necessary ingredients for the development of the CB. Remember the principles discussed in Reading the Sky, and consider the following acronym “MILE”:

Strong thunderstorms are a matter unto themselves; they can cause many serious complications, including flooding, damage to structures and trees, lightning strikes, and of course, tornados.

While this doesn’t cover all possible types of clouds, but combined with the information in the “Reading the Sky”, it should enhance your ability to look up, and take what you see to forecast out. Keep in mind various other types of clouds exist, and while this is a useful primer,