The Seeds of (unconventional) War 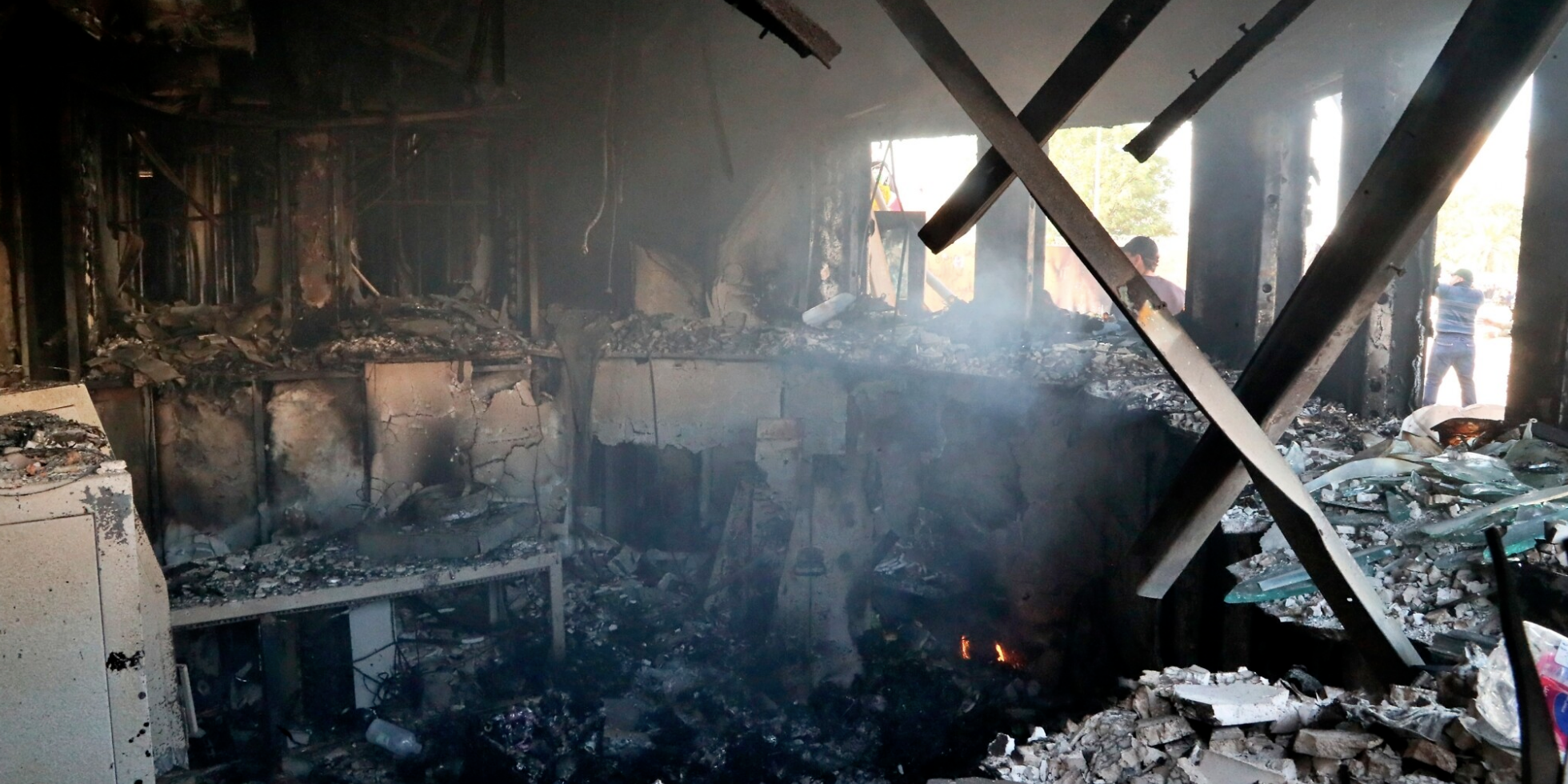 2020 gifted us a strike on a top Iranian official right off the bat. Here’s our take on what it means for us.

This article is a brief interruption from our routine because this last week, President Trump upped the ante in a stalemate that’s been going on with Iran since the mid 1970’s. Predictably, everyone has scrambled to find their party’s official approach while sounding the claxon and going full-tilt boogie on social media to virtue signal.

The pro-war left has donned their cognitive dissonance and is now against war with Iran. The right, so recently calling to end the verifiably pointless wars in Iraq and Afghanistan is reveling in tribal identity and the opportunity to thumb their noses at Iran. Neither sect or their respective pulpit tending ideologues could probably find Iran on a goddamn map, but let’s not let that interfere for now.

The important thing about what’s going on now is that it’s been in the works for quite a while, and one that – while not well publicized – is well known.

The history of the US’s involvement with Iran is a convoluted one, to say the least. It ties back to WWI and the Sykes-Picot agreement that caused a post-war shuffle that redefined the Middle East. Since 1919, 100 years ago, Western powers have been dealing with sporadic guerrilla movements in the Middle East, and believe it or not, bombs have been dropping since then to ‘soften’ their offensives. The nations you hear about on the news; Syria, Iraq, Iran, Afghanistan, Saudi Arabia… they’re all the fallout from Western Powers essentially carving out economic outposts that would be largely under the control OF Western powers. That hasn’t exactly worked out.

The profound and twisted series of alliances that came with oil, the Cold War, and the formation of Israel aren’t our problem. They’re not problems we can solve, and at this point they are simply predicaments. Our political leadership has resigned us to outcomes, not solutions… and that is our purpose in discussing this.

Over the last few days, you’ve probably seen all sorts of memes discussing Iran with pictures of goats and the like. If you don’t already know, Iran isn’t Afghanistan. However, similar to Afghanistan, up until the 1970’s, the west had a pretty warm relationship with Tehran and the Savak (now the VAJA), working together to stall the spread of Communism beyond the Balkans. As the US firmed up alliances with Israel, however, a rift deepened and created enough space that when the Ayatollah Kohmeini rose to power in 1979, a somewhat reasonable Iranian government and population was almost instantly replaced with a hard-line radical Islamist government.

The Soviets at the time viewed Iran as a potential ally with lots of oil (which truly is the silk and black pepper of our time), but there was a problem; the Soviet Union was already starting to see stress fractures from conquest without spoils. Ultimately, the Soviet Union would collapse and Khomeini would even write a letter to Gorbachev inviting him to consider Islam as an alternative to Communism.

The Russian Federation has retained strong ties to Iran (and Syria), and love them or hate them, the Russians honor their alliances – which is a *strong* departure from the American way of business that views allies as disposable relationships of convenience.

Flashing back to the creation of Israel and a home for the Jews, pretty much everyone in the Middle East hated the idea except the West, and the Jews. When land that historically had recently been controlled by Middle Eastern powers, had been sectioned off and given to an ancestral enemy, resistance movements began to spring up to attack the state of Israel. Hezbollah, in this case, was a guerrilla movement that took to the use of violence against Christian and Jewish settlers in Lebanon, Israel, and Palestine. So while the Jewish ancestral homegrounds once again became their own, it stirred things in a big way in the region.

Right or wrong, they were effective enough that by 2006, they were widely considered a regional force – a well organized and funded guerrilla movement that had become essentially a standing, military network.

While this is more like a Rorschach test than connecting the dots, the important thing to consider is that Hezbollah is an Iranian controlled guerrilla entity that is FAR more capable than what we saw with say, the Taliban.

The threat being addressed by this article isn’t so much the military aspects, but rather the threat of guerrilla campaigns being launched from within the U.S.
If we take a look at what is already known about the subject, there’s a pretty clear picture: there are already plenty of groups operating within the U.S. with relative impunity, and they’ve been well known and documented in Michigan, New Mexico, Alabama, and nearly every state in between. Worse, they’re being smart about it. They not just stockpiling guns and posting memes. They’re opening businesses, laundering money, fundraising, as well as procuring weapons and training.

We don’t really need to understand the geopolitics any further to know that organizations like Hezbollah are, in effect, fronts that specialize in unconventional and guerrilla warfare, and are capable of self-sustainment. This brings us to our main point, an article we shared back in August of 2019:

There are Hezbollah sleeper agents in the US right now, and have been for some time.

They’re here as a failsafe in case the United States initiates open hostilities against Iran.

In 2011, Fadi summoned Kourani to Lebanon for military training. He returned to the U.S. and allegedly followed Fadi’s instructions to identify possible sources of weapons and to research how to open businesses in New York that Hezbollah could use.

“As cover for the storage of firearms intended for ESO assassinations and attacks in the U.S.,” the FBI report explains.

Similar to Shamil Basayev, who organized tremendously painful strikes within the USSR during their campaign against Chechnya, these sleepers utilize tactics that do not rely on military superiority to be effective, and *that* is our main point.

If you know ISG, you know that we often discuss Spheres of Violence; a concept that explores the connections and differences between violence on institutional and individual levels, and how that violence is either social or asocial.

Criminal violence is built upon taking advantage of a marks weaknesses – someone walking around while not paying attention and finds themselves in a vulnerable position unknowingly.

When it comes to institutional violence, most organized forces do this strategically, against a state level enemy.

Guerrilla forces, especially those stemming from these roots, movements do not. Their goal is to make a campaign against them so painful and tragic that it’s not worth pressing the attack. These guys aren’t looking to just steal your stuff or kill soldiers: They’ll kill their families, their children, and anyone in any way connected to them to send their message.

Don’t start finding ways to think about dodging a draft. This isn’t so much about a conventional war, though that may be a part of the situation… Most of the military risk is certain to be carried by overseas installations, but we absolutely cannot discount the fact that we are in a fight with an enemy that has a strongly capable, decentralized force that has agents in place already.

Though it may have conventional elements, right now the things that concern the ISG team are things we’ve already discussed. Open aggressions between nations are essentially a Type II emergency; A generalized state of hardship with an increased chance of direct threats to our lives. Our suggestion is take a look back over some of the material that’s already out there.

If you’re interested, here are a few recommendations from the ISG Team:

– Take the ISG Skill Audit to see where you’re at with your hard skills, mindset, and tactical proficiency across the categories.

– Practice and establish good security hygiene by going through your home and establishing safe areas, choke points, and areas in which you have an advantage. Look to ensure your security isn’t lacking and that you have some ‘early warning’ systems. This is especially relevant if you’re in the military, politics, or are a first responder, but it’s never a bad idea to take the precautions.

– Make sure you’re not giving out too much information through digital means and closely guard your personal information. Be aware of how criminals and opportunists access your digital information, and how much is shared with people you don’t know.

– Understand and use applied situational awareness when you’re out and about. We have good information on many of the things that go unobserved until after an attack; suspicious packages, people acting strange or nervous, or those who are dressed unseasonably. Don’t forget: you’re absolutely allowed to Be Judgmental! It’s better to be wrong than dead.

– Have some basic medical skills and a kit to support them. Carry your equipment and be good with it.

– Be Ready to be “Responder Zero“. There’s no other way to do that than to put in the work. In the best of cases, we don’t pick the time or place. When it comes to acts of concerted terrorism against soft targets, that’s doubly true. Double check your kit, your vehicle equipment, and your supplies at home.

Like criminal attacks, the likely events will target soft arenas in which you’re helpless to do anything, such as happened in the Beslan school siege and Bolshoi theater.

This isn’t new. it’s been going on for 100 years now, and this is likely just another chapter in history’s blood-inked infinite book of the dead.