COVID19 and the Type III Emergency 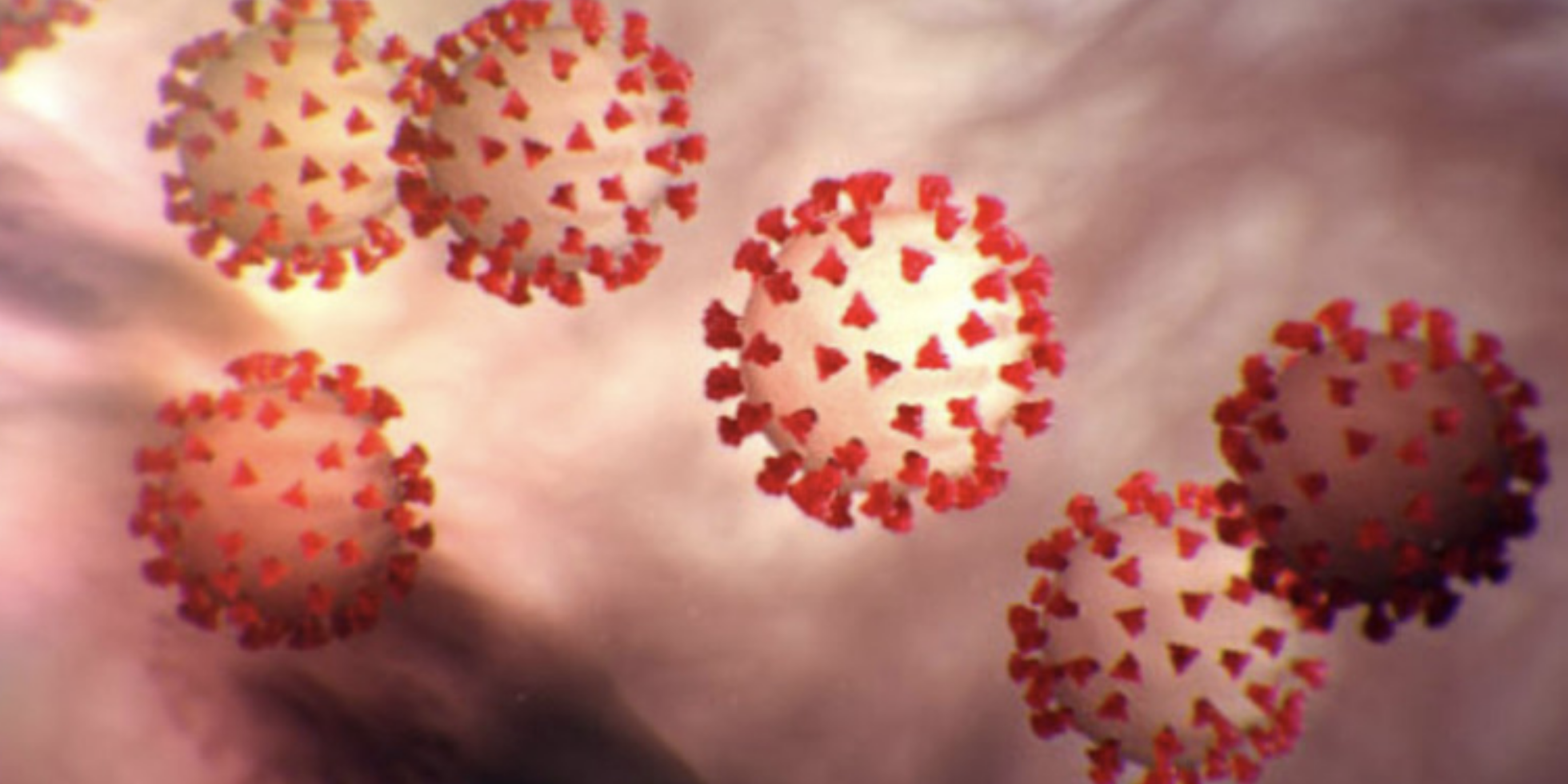 With COVID19 making big waves around the world today, it’s time to weigh in on some of the writing on the wall, what we can do about it, and what we can’t.

As any long-time ISG readers know, we absolutely avoid using media fanaticism to try and generate interest for our efforts. It’s dishonest, tacky, and damages credibility.

Since December, we’ve been watching the emergence of the COVID19 virus, and while we don’t want to sensationalize or dramatize the impacts it might have, we feel it would be irresponsible to sit silently on the topic. For one, the world’s medical and disaster management infrastructure has provided a woefully bad, two-part response that started with stalled complacency and evolved into irrational panic, and second, because we don’t believe you should be relying on them should a true crisis emerge from this.

As such, this article aims to serve as a useful guide for a ‘middle-ground’ approach; don’t be ignorant of the statistics and events happening around COVID19, but give healthy consideration to what you can and can’t do.

In our view, the threat from COVID19 stems as much from the mishandling of information as it does the disease itself. We have, at this point, a very real potential for panic that’s very different from pathogens in the past.

Being reluctant to jump on the “this time, it’s different!” bandwagon, there are some notable differences that should be discussed. At the end of this article, we hope you have a plan to stay ahead of whatever comes down the pike, and in such a way that only benefits your personal resiliency, regardless of the outcome.

During previous outbreaks, such as SARS, MERS, and H5N1, we saw a backlash of panic buying and media fear-mongering. What we did not see was:

Because of these differences, it is wise to consider how this might unfold, how it might impact us, and of course, what we can do about it.

So, as a final word on “why”, the actions don’t match the talk. If we’re hearing “well, it’s less dangerous than the flu if you’re under 60”, but you’re welding doors shut to keep people from getting out and spreading the virus, that’s more than just the Chinese propensity for sacrificing peasants. That’s what looks like desperation, to us. Given that, we believe it’s irresponsible to take the Chinese at “face” value on this issue, especially as information from Italy is beginning to paint a much more serious picture of the illness and the country’s healthcare system has since collapsed under the burden of the illness. Likewise, Iran is reporting a higher 3% case fatality rate, higher than China, and there’s some reason to suspect Iran’s reporting is likewise dubious. For these reasons, even if these numbers are high biased based on a high number of undiagnosed, mild cases, we’re still looking at a disease that’s virulent and carries a substantially higher CFR than say, Influenza, to which it’s commonly compared. Update on 3-22, Iran’s current death rate is at 18%.

For reference, if we accept that COVID19 is around 2%, which is the generally recognized amount at present, seasonal influenza generally hovers around 0.1%. This means that COVID is something like 20+ times more likely to result in death.

When it began it looked like a very regional Type II emergency, with the impacts we we see associated with the Type II; some mild scarcity, and a short term disruption to the way we live.

Our concern is that the failed effort to contain this in China has now led to a much more serious Global Type III – the kind of event that fundamentally changes how we live for an indefinite period of time.

Conservative estimates have stated that 40% of the world’s population will likely be infected with COVID19. If we say there are 7 Billion people, that means 2.4 Billion will be infected, and we we assume a low case fatality rate of 2%, that leaves us with 56 million dead humans.
‍

Impacts: What is a Type III?

In Understanding Emergencies, we define all emergencies based on how they restrict our access to critical resources (be it breathable oxygen or city sanitation), and we weigh that against two metrics: Proximity and Probability (how close we are to the disaster and how likely we are to be impacted) and the Duration and Intensity (How long does the emergency last, and how direct is the threat?). Whereas most disaster management templates discuss specific emergencies (such as floods, earthquakes, or tornados), we worry less about that, and more about “how does it impact us?”

Using this template, we identify 3 basic groups of emergencies:

So, why is COVID a Type III emergency?

The truth is, it may not be… yet. But, its direction of travel is concerning.

It has the potential to overwhelm the ability of hospitals to cope with the surge of new cases. It has the ability to cripple supply and distribution by way of illness incapacitating workers, or those workers further spreading the illness. The second and third order effects of 56,000,000 dead can’t be understated.

Those elements combined over a long enough timeline could very well cause this to result in a major, international emergency in which response is hampered indefinitely. With the exponential rate of infection, we’re witnessing this disaster unfold in a way where we have some time to prepare, but we find ourselves in a situation where we can’t simply “buy” a solution. No amount of canned goods and protective masks are ‘enough’. If the worst were to occur, and the economic damage caused by COVID19 prevented industrial, agricultural, and infrastructural processes, we might be on our own for a long time.

That could change the way we live, so let’s try and stay ahead of the curve.

Let’s start with a first step regarding what NOT to do: Panic.

It doesn’t help anything, and it honestly does a lot of damage. As Paul Howe says, “Panic is contagious, but so is composure.” No matter what happens from this point forward, composure is going to be a currency, and most people won’t default to it.

In this case, we have been saying from the very beginning that the panic is likely going to be worse than the disease., and in truth, we all need to refocus on the fact that a significant portion of this is out of our hands. If we’re being honest with ourselves, an absolute, no-exceptions self quarantine is not only unreasonable and impractical, but with a disease that’s likely to return in waves for years to come, it’s just unrealistic.

We also can’t expect that modern emergency management’s “top down” approach to resolving emergencies is going to help us down here on the “ground floor”.

One of the functions of the “Understanding Emergencies” template is that we don’t need to get hung up on what the *exact* emergency is – we just have general plans that will cover us for 90% of the emergencies we might face. So, when we combine that with our 5 Major areas of skill development, we can come up with a pretty easy plan to address the things within our control.

So, what do we do to address the Type III?

In terms of our other Emergencies, we have “lines of equipment” to address the immediate and interim threats of the Type I and II; our EDC and Sustainment kit.

The Type III is more complicated, because it requires the use of skills and generation of infrastructure. Whereas you might be able to ride out a winter storm with what you’ve got in your pantry, you’re probably going to want some methods of producing either your own food, or having some ability to work or trade for food. While it’s unlikely that food production will fail, it may be less reliable due to delivery infrastructure.

Some things to consider:

Now is also a great time to start considering “old” skills that don’t require much and give you some means of barter. Making soap, bread, candles, or things like woodworking, auto mechanics, or medical training make you an asset. While most ‘preppers’ tend to focus on security and gunslinging, keep in mind that those embedded Type I’s are the exception, not the rule. With that said, take security seriously.

As a final thought on this section, these aren’t extreme measures. Honestly, they’ll be beneficial outside of emergencies as well, so they’re not bad habits to develop anyway.

An added word: Look for ways you can improve your situation. As of now (3-22-2020) it’s become official that we’re facing a Type III emergency. Don’t lose a minute. What you do now will directly impact your future.

As with any emergency, there’s a strong element of sensationalization that is baked into the cake. It’s easy to see how a Pandemic can be used as a tool for political purposes, as well as exaggerated to inspire fear… we all know how that turned out for the U.S. in the wake of 9/11. As the cliche goes, “Never let a good tragedy go to waste”. For that reason, do what you can with what you have.

Stay composed. At present, the odds are that if you’re healthy, you’ll probably be fine… but given that we have a convergence of political, public health, and economic concerns going on with a very strong international reaction and a whole lot of bad or incomplete data, it makes sense to make some prudent moves towards being better prepared.

If we’re wrong, it never hurts to have a little extra in the pantry or deeper ties to the community.

This really isn’t anything new, people. Diseases come and go. Emergencies too, and after they’re gone, we’re left going on with life. Sometimes it’s in the wake of tragedy, and sometimes not, but all we can do is keep putting one foot in front of the other and doing that next thing.

ISG’s philosophy is about knowing ahead of time so that we can sidestep the panic, and provide our community with capable people who are, in any situation, always an asset.

There are still a tremendous amount of unknowns with COVID19, and the next few months will be revealing.

We hope that this advice does a few things:

That’s it. Preparedness doesn’t have to be weird. Be ready to be an asset, and remember – trust is a currency in a time of crisis. Be dependable, be intelligent, be an asset, and carry the fire.