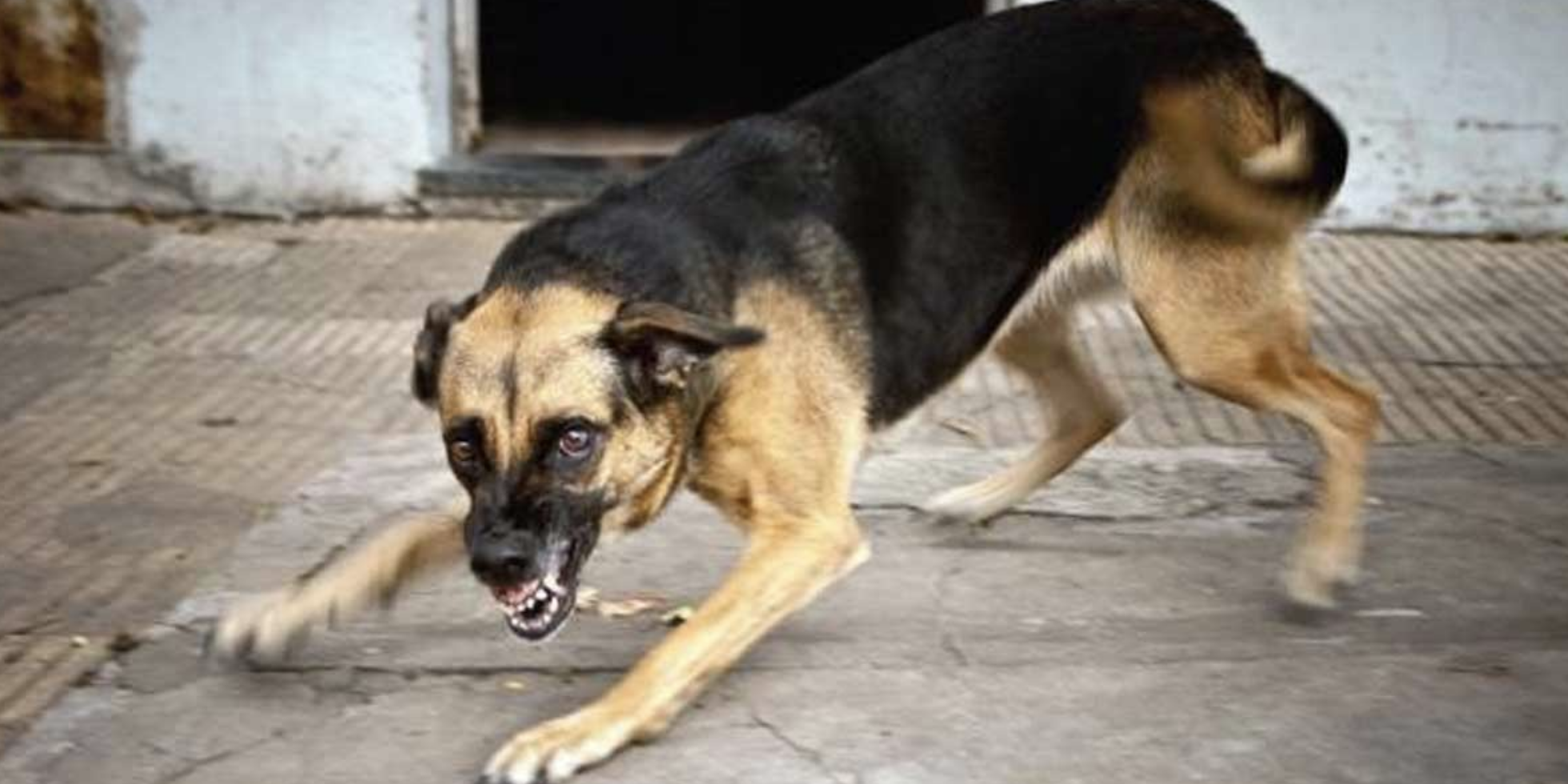 How do animals vector disease and infestations during emergencies? Learn how man’s best friend can turn into your worst enemy during times of crisis.

Pets are a large part of modern American life, and for good reason. A good animal can be a great companion, alarm system, and can reduce the prevalence of rodents or varmints. To that end, there are a variety of articles regarding how to care for pets during collapse, but we want to hit a darker subject today. Animals that revert to their feral instincts or who present a threat to people in grid-down scenarios. Not only that, but we’re going to bite off a big chunk of disaster management and talk about animal-bourne diseases, their vectors, and what you can do to protect yourself from exposure.

While the Dog is often said to be man’s best friend, disease is one of man’s oldest and worst enemies… and animals can play a large part in the transmission of disease.

In Oklahoma (which seems to be the material epicenter of vicious animal attacks), a woman was mauled for what witnesses say was 45 minutes before police responded to put the animals down. A couple months back, officers responded to a fatal mauling, by two pit bulls. After absorbing most of a magazine from one officer’s pistol, one of the dogs died. The other had to be run over by a police car, so we’re not talking about things that give up easily.

More recently – and also in Oklahoma – a pack of Dachshund dogs attacked and killed a woman. No, it’s not The Onion. Wiener dogs. Point being, dogs are animals, and animals are unpredictable. Especially in groups.

Dog attacks alone affect 4.5-4.7 million people in the US annually, though very few result in death. With that in mind it might be easy to dismiss the concern. However, in post-disaster environments, more animals end up underfed and fending for themselves. While very few animal attacks in the U.S. result in fatalities at present, it’s easy to dismiss the second order effects, such as disease transmission and infection, that come along with poor living conditions.

As with most diseases, modern medicine keeps us reasonably insulated from this in the 1st World. In “Understanding Emergencies” we define emergencies as thus:

Medical care and medicine certainly fall into the category of “critical resource”, and access can be restricted in a number of ways; cost, distance, emergency conditions, et cetera.
While we don’t expect that pets will all become feral overnight, abroad, wild dogs are a significant threat… especially to children, and the vulnerable. During a collapse or disaster, we have to accept that stray animals might need to be regarded with caution.

While many people have struck out against profiling dogs by their breed, the CDC itself concluded the following back in the 1990’s:

“Despite these limitations and concerns, the data indicate that Rottweilers and pit bull-type dogs accounted for 67% of human [Dog bite deaths] in the United States between 1997 and 1998. It is extremely unlikely that they accounted for anywhere near 60% of dogs in the United States during that same period and, thus, there appears to be a breed-specific problem with fatalities.”

We expected that with the increased prevalence of Pit Bulls that this number would go up, and low and behold, dog bite fatalities in from 2004-2017 showed exactly that. Pit bulls and Rottweiler’s now account for 74% of fatal dog attacks.

This needs to be considered by anyone who encounters an off-leash, large-breed dog. It’s also worth mentioning that these dogs often require multiple rounds before they’re “stopped”.

With that in mind, could you hit a moving dog while it’s mauling someone?

Consider the risk of intervening physically as well; what’s your plan if you get bit? Several of the fatalities we encountered occurred when someone attempted to break up a fight between their dog and an off-leash, large breed dog. Another thing to consider is that dogs are pack animals – even small ones can be dangerous in groups.

Do you know how to lead a dog if it attacks you, and can you withstand a takedown?

When I was about 10, my brother was bit by a Samoyed Husky. He approached the dog as it was eating, and the animal issued a quick growl, grabbed him by his cheek, and tore. I heard the scream, and looked on and saw the result: his cheek hung by loose flaps of skin, he was soaked with blood within seconds. Consider the position of my parents at that moment: unarguably, the most common response to this situation is “the most expedient path to the hospital.”

If you were to find yourself in this position when EMS and Hospitals were not an option, how would you treat the wounds? Can you stop blood loss? Treat for shock? Suture a delicate wound? Control infection?

If not, consider finding a way to network, or build those skills for yourself.

We’ve focused mainly on domestic animals to this point, but it’s worth mentioning that wild animals are finding themselves in a position in which they either adapt or die. Coyotes in particular have made themselves at home in cities across the U.S., and will likely continue to do so. Coyotes aren’t to be under-estimated, either. They’re cunning, hard to track (looking essentially like dogs), and wary of traps. They have little fear of humans, and can be aggressive.

In May of ’18, a man in the Jones County Hitchiti Experimental forest was cornered by a coyote, which attacked him. The man was bitten on the leg, and killed the Coyote with a pocket knife. The animal was later found to have rabies. If animals begin acting uncharacteristically aggressive, be ready to fight. During a disaster, a vaccine might not be available. Getting bit could be a death sentence.

In other regions, bear and wolves are potential dangers as well, though the residents of the intermountain west and Alaska are well aware of the threats, for the most part. As with wild dogs, the young are especially vulnerable. Dont’ think because you’re out in nature, nothing is eyeing your child or pet as a meal.

“Plan for that, even now. Should you find yourself in a post-Disaster environment, prepare for the reality that animals aren’t your friends.”

Another major concern that’s rarely mentioned in the post-disaster environment is the risk of disease brought on by rapid growth of pest populations. Any time there is an opportunity (see: an excess of food caused by a mass die off of another species), populations of vermin will increase. Rats and mice in particular cause sanitation and hygiene challenges, and can get into stored food. They also act as a vector for fleas and ticks, which can carry diseases. During prolonged periods of exposure to tough conditions, you *will* come in contact with fleas, ticks, and lice. One of the common items I’ve seen stumbling upon transient hides is lice shampoo and DEET. Have you thought about what you might pick up if you had to hoof it, or sleep in impromptu shelters for an extended period?

Everyone knows about Plague, but there’s a wave of illnesses that can be carried by carnivorous insects. Get familiar with Dengue, Tungiasis, Ricketts, Rocky Mountain Spotted Fever, Lyme’s Disease, et cetera. A good source of information on diseases can be found here.

It’s important to note that while this is a potential issue, pathogensis it is not typical during Type II emergencies. Keep it filed away, though. The reason it’s not typically an issue is that our mortuary services are pretty top notch. If a situation develops in which burial practice isn’t efficient, this is something to consider.

Rabies and other Diseases

Incidences of diseases such as rabies are higher in places without active animal control and vaccination efforts. Skunks, raccoons, and foxes can all transmit the rabies virus to domestic animals and people.

So please consider this if hard times set in: wild animals should not be touched or approached… by you, your family, or your pets.

If approaching a dead animal, especially for sustenance, care should be taken to look for signs that the animal was diseased. This includes:

This is a good time to remember why fire brought humans out of the caves; once we developed a method of killing worms and bacteria from our primary source of protein (meat), our brains were less inhibited by parasites and could grow and develop more fully. It’s extremely important to fully cook meat any meat you harvest.

Worms and other parasites ingested with food and water are thought to be responsible for inhibiting IQ and physical development throughout the world.

An excellent online resource for these diseases (and much more) can be found here: Farm and Agricultural Organization. Be sure to check out the director.

These may not seem like major issues right now, but if you begin expanding your efforts into gardening and chickens, you’re going to draw in pests, and that needs to be accounted for.

Take some time and think on your areas of vulnerability to feral animals, vermin, and insects. Living in close proximity to animals is shunned in many parts of the world that still cling to the historic and cultural knowledge that disease pass freely between human and animal in septic environments. We’re not saying don’t plan for your animal, love them less, or demote them from “family” status, but understand that they *are* animals, they don’t think like us, and they’re going to bring themselves in contact with fluid, waste, and carrion. This means that they are a vector for transmission, and if infected with certain diseases, could become vicious.

Another take-away should be that it’s not required that the world fall apart for new diseases to seep in; immigration increases when instability sets in. Without making any judgment on the individuals affected by those circumstances, they often leave very poor conditions, and can bring infectious diseases with them. In this way, it’s not necessary to have a collapse to have diseases sneak through the cracks… there just has to be mass-destabilization *somewhere*.

As important, limit your interaction with wild animals, and be extremely cautious when eating ‘bush meat’. It is a major contributor to pathogenesis (the beginning phase of transmission of diseases). Be wary that in a situation where you may not have rapid, easy access to medical care or pharmaceuticals, extra caution is the name of the game. As a part of your planning, you should give thought to sanitation, quarantine, and the observance of potential diseases in pets, feral animals and in the worst case, in our own communities.