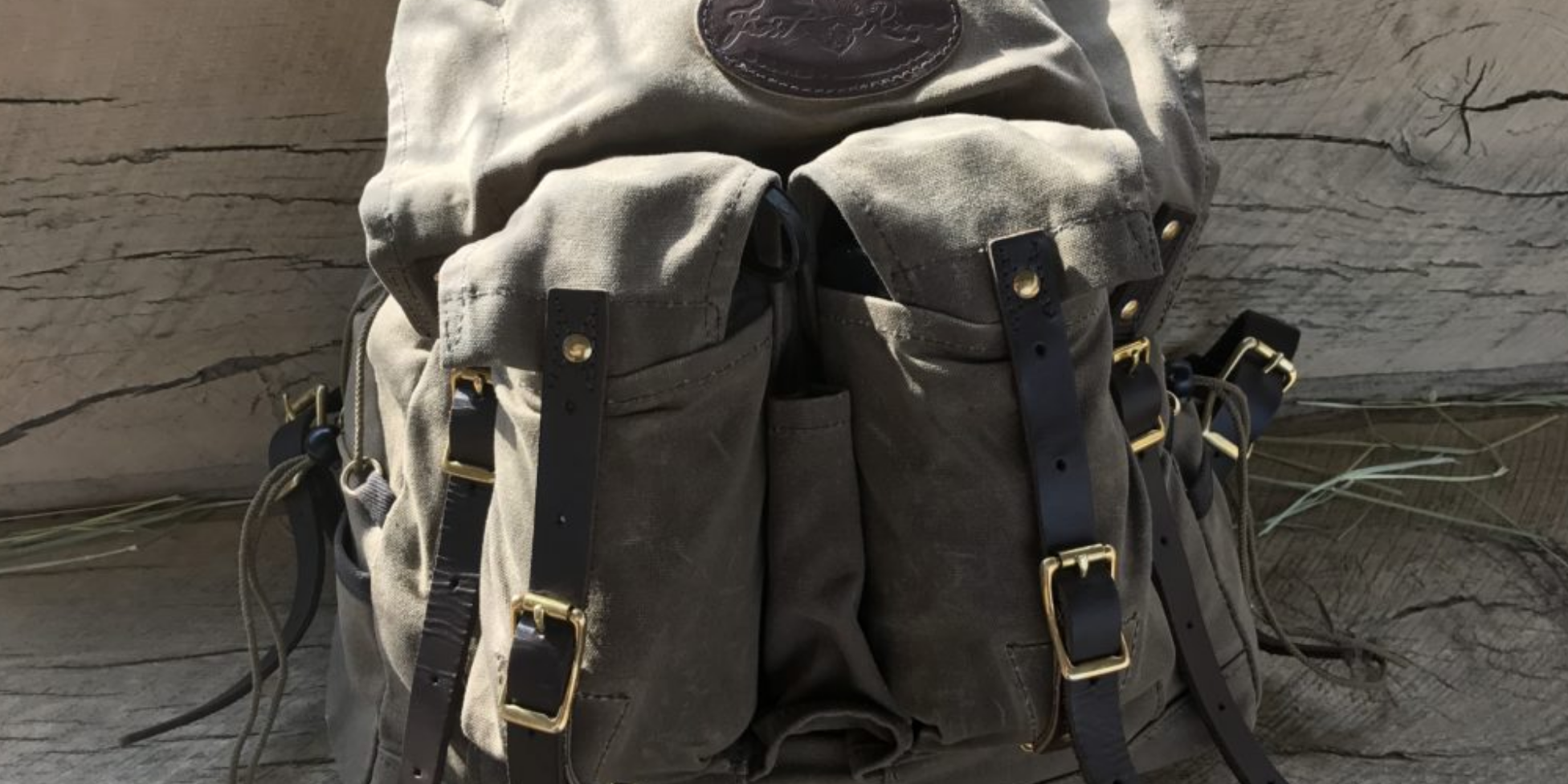 A good canvas bag has the classic elements of good looks, rugged construction, and generational durability… but at what cost? Check out our thoughts.

The Isle Royale Mini and I got off on the wrong foot. I loved the look of it, but no matter how I configured it, it just never felt right. After 6 years, I broke the strap hardware on my Saddleback Leather, and it offered a moment to take a serious look at the flaws inherent in the SBL’s design. With an eye towards something lighter, but still maintaining the classic, innocuous vintage look, Frost River’s pack caught my eye.

Frost River touts their equipment’s tough waxed canvas. It’s fairly light weight with old-school craftsmanship… but things got interesting when the time came to set it up.

First things first: The bag has no structural support. You’ve got to be aware that *how* you pack is as important as what you pack. Coming from the Mystery Ranch 3DAP and the SBL Tank – this was a new problem.

Previously, I could just sort of toss things in and it’d work out. The Isle Royale requires extra care when it comes to packing. Requiring a load plan is not a selling point. After a few weeks of fiddling around with all sorts of weird ideas, including using a grill as a frame and later, a small trash can as an “insert”, I had come up with a load plan that balanced the weight which utilizes some modular pouches I’d been issued ages ago. The result was a fantastically balanced, roomy, stable and comfortable pack, which is a total reversal of my initial impression.

In addition to being stable, it’s well organized and easy to access most of the contents. One negative aspect is that in order to get to some of my Sustainment gear, I have to remove the pouches, which requires unpacking and repacking. This is a minor issue, but certainly one that bears mentioning.

On a positive note, I can easily access all my EDC/1st Line equipment while under load.

In terms of layout, the Isle Royale throws you a couple bones; two external pouches that are perfectly sized for Nalgene bottles, a map pouch in the flap, and two pseudo pockets on the side. Likewise, If you’re the type who keeps an axe, it has a built-in slip between the bottle pouches.

Isle Royale gives you plenty of compression and interior space, some very convenient water pouches, but beyond that, it’s on you.

The layout is simple, utilitarian, and robust. The time tested waxed canvas is durable and looks great, and Frost River’s craftsmanship is evident in the well-hewn and assembled bag. So far, the first and only ‘breakage’ with the Isle Royale is a tear in the leather on the left shoulder strap. This was easily fixed with some duct tape. Plus, it adds character.

Now comes the real kicker. Given that you’re going to spend $360, you can find bags made from nylon, with built-in layouts. The well-organized, well-made, and requiring no special investment in time to organize. So all things considered, what the Isle Royale delivers in toughness and character, it gives up in layout and structure.

After a year and a half with the bag, it’s convinced me that if you do your part, it’ll deliver. The last 6 months of testing have been rigorous, to say the least with dozens of trips for urban exploration, camping and overlanding, and working protection problems on the range. Most of the time gear doesn’t grow on me – it finds itself replaced.

The Isle Royale Mini, though, has a strange way of getting to know you. Like you’d expect of the people who would have worn packs like this during it’s heyday, it’s tough, rough around the edges, and it doesn’t sugar coat what it is and isn’t.

Once you get to know it, however, it let’s it’s good qualities shine. It’s durable, and even when packed full, wears very nicely. The lack of rigidity allows it to move with your body when climbing, jumping, or running, all of which has been done in spades over the last few months. The bag certainly meets our standards for 1st line accessibility, capacity, and durability.

In the end, Frost River does an excellent job making a pack for a professional who isn’t afraid to sit down and really pour over every detail of his pack. To date, I’ve yet to find a bag that’s grown on me as much as the Isle Royale Mini has. It’s become my ‘go to’ because of it’s character and versatility, and as with all the products we test, it’ll be years before we can say we’ve reviewed it to our standard. At present though, the IRM isa pleasure to field in all the conditions I’ve fielded it.

If you’re not looking for a bag that places the responsibility of intelligently packing on you, there are probably better choices… but If you want a well made, classic, durable backpack that doesn’t look tactical, take a look at Frost River’s lineup. The Isle Royale Mini has become my “go-to”, despite my initial impression.