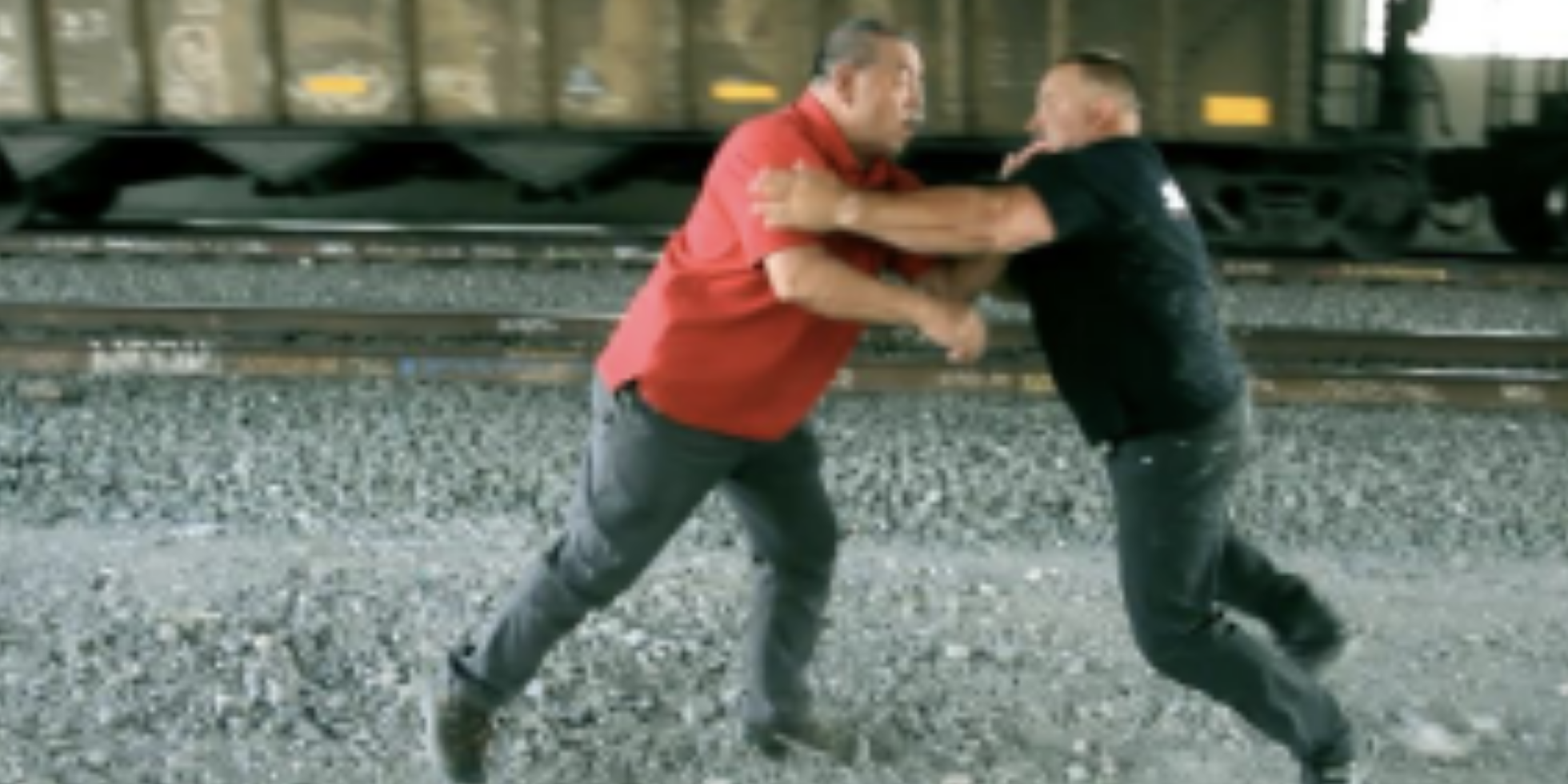 In this Article, we confront the “G-Wrap” technique and give our thoughts on why this technique doesn’t hold up based on our experiences in real world fights.

Today, we were forwarded a technical video regarding some close range gun handling. The instructor in the video is a police officer and presents his information using a variety of buzzwords. He talks about pressure testing, ‘reality based’ technique, and force on force.

These words used to mean something, but as we’ll see, they really don’t anymore.

With that in mind, let’s take a look at the “g-wrap”. This technique basically suggests that at clinch range, we draw the pistol, grab it by the muzzle, and swing our elbows to create distance. In the instructor’s view, this allows you to throw elbows, and quickly rack the slide after getting off one solid shot.

Let’s take a look at the video:

I have several major issues with this:

Thinking back on it, I’ve run into problems like this on 3 or 4 occasions in which I was in a physical fight while retaining a handgun. It’s not fun and the best option is “don’t commit to a draw”. Depending on your sphere of violence, shooting a guy in this situation could be a life sentence. You need to be absolutely sure that it’s a lethal force encounter *before* you draw and fire. If you establish positional dominance, you need to reassess to make sure it’s *still* a lethal force encounter. That means the guy you’re fighting has the motive, capability, and opportunity to kill you, or cause serious bodily harm.

In the end, this video does exactly what I expect from gun culture: solve a grappling  problem with a gun solution.

The answer is not “find a way to bring your gun into play”, it’s “fight your way out of this situation using grappling or (opening a new can of worms) edged weapons, which don’t jam or require fine motor skill to operate, and be used to carve out some positional dominance.

As usual, we intend no disrespect to the instructor, but our critiques of this technique can be summarized as follows:

We hope this is thought-provoking and helps guide you towards best practice for this near ‘worst case’ scenario.