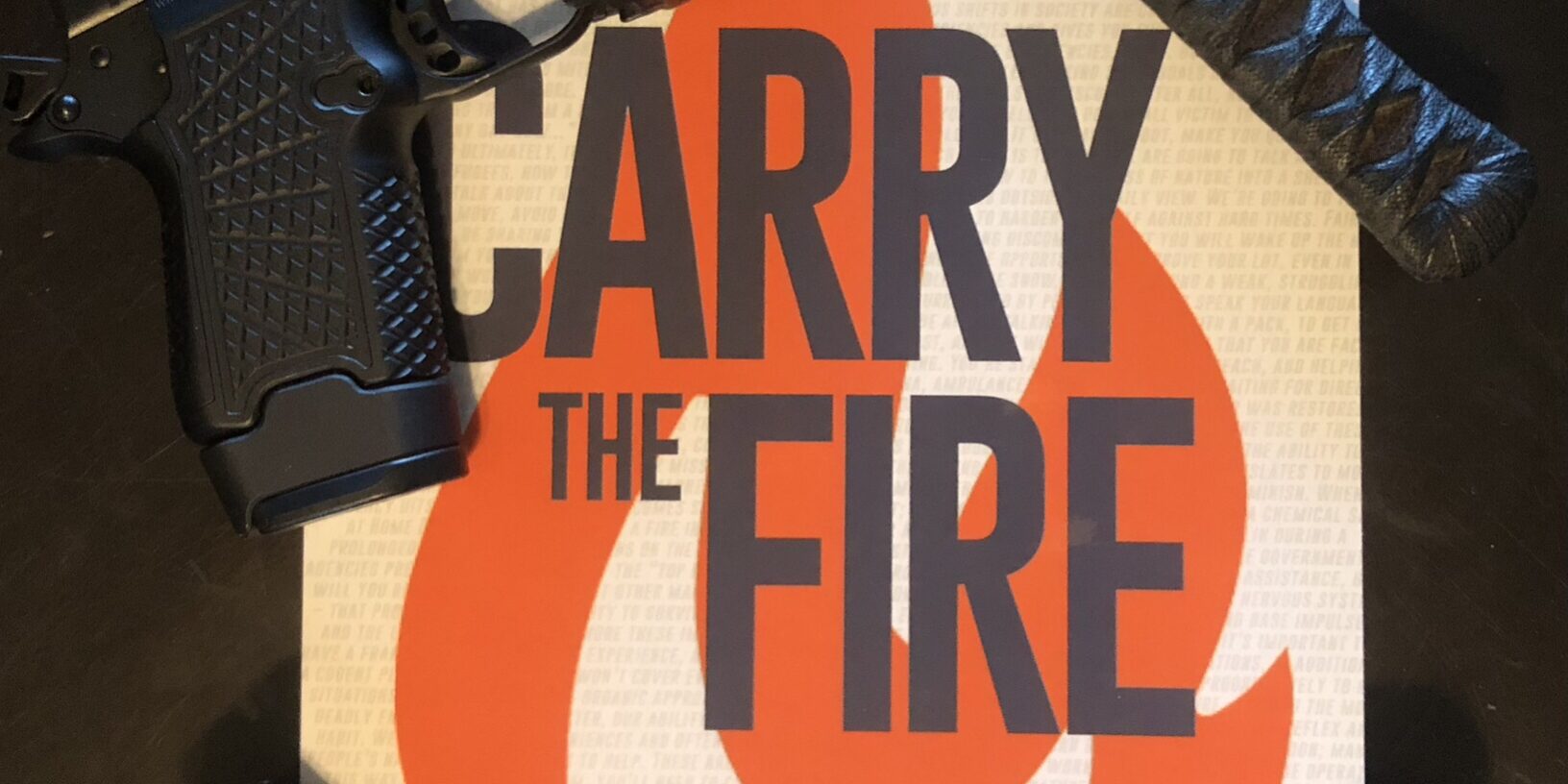 Flashback: ISG had been a public entity for a year or two after Gino and I met, and people started making a request. They’d ask “why not make this into a book?” After all, if there was a real emergency, access to the internet might be down. The idea of having a physical reference made a lot of sense.

The reasons, as it turned out, weren’t easy ones, but here are my excuses anyway:

Me doubting the viability of an idea because I don’t want to get dumped on by hoards of online naysayers wasn’t something new. After all, we’ve often said “it takes decades to gather experience, years to synthesize it into actionable information, months to draft articles, and a day to publish, but it takes about 30 seconds for someone to ruin your day by sh**ing on your efforts.” Ultimately, that’s sort of a copout. So, the last couple years, and about $10,000 later, we have the book that people asked for.

A Niche for Everyone

A quick story. I came into a local coffee shop, thrilled to have just signed my first book, and prepared to hand deliver it to the gal who’d bought it. Another older gent I know asked me what it was about and so I gave him the elevator pitch (which admittedly changes every time). He looked at me and goes “You’re a bright kid, why not write something people will actually read? Something that isn’t so niche? What can an old guy like me do with that?”

You know how people say “I’m GLAD you asked!”? I wasn’t. The comment annoyed me, to be honest, because I wrote the stupid book, and I knew what was in it. I was certain that he’d find exactly what others were finding*… but he couldn’t imagine how being better prepared for emergencies could be relevant to him. He believed, as it turned out, that he had nothing to offer.

Well, allow me to retort

Here’s the thing, though. Every single day of our lives, we are “offering something”. Some of us live hard lives in which every day is a struggle. Others find their most difficult challenge deciding where to eat… but these are all tied directly back to the Rules of Three. Every single day, each and every one of us addresses this. Sometimes we do it by dressing for the weather. Sometimes by filling our gas tank up ahead of a hurricane. Some days, it’s by remembering to carry a water bottle. We don’t think of it like that because this is common.

But it’s literally a niche component of life that we all experience.

So why shouldn’t everyone have access to information on how to dead with it when common days turn uncommon?

In short, it’s my hope that any human on the planet could crack the book and find at least one tip, trick, or approach that does them a minimum of $20 of good in their life.

As the saying goes, it takes 10 compliments to offset a criticism. I’m always waiting for criticism to drop, though. It’s not that I like it, it’s that it is usually honest. When people give you bad news, it’s hard for them. It can be uncomfortable for them. Therefore, they have to summon some courage to even bring it up. There’s something to that… and this is where the surprise hits.

Most of the feedback has been honestly good. The book is said to be readable, approachable, actionable, and, most important, relevant to the readers. As an author, the type of which is always waiting for bad news, I can’t say how encouraging that is. People have to give it a chance, but the ones who do are finding it to be approachable, and I couldn’t ask for much more than that.

But there’s always room for…

Improvement. The continual whipping post of ISG. There were some things people didn’t like, and here I’d like to offer a couple things: explanation, and correction. First and foremost, some people didn’t like the formatting of the initial effort. The book was BIG – like college textbook big. The spacing was ample, and the margins were too. One of the earliest critiques was “whoever decided on this should rethink their life decisions”, you don’t need that much space to highlight, after all.

The reviewer later deleted that criticism, but I appreciated it. It gave ME actionable feedback, which again, is what ISG is about. So, let me explain why I did that, and why I rethought my life decisions:

So I guess with that acknowledged, it’s time to talk about what to do about it.

So with the formatting eccentricities, we had to scramble to make sure there was an alternative. Obviously the F in Edition F stands for formatting. Enter V2. The second version, now in 6×9″, has some of the same features (margins) with some differences (smaller text), and is a bit more portable. The eReader version likewise had some automatic formatting anomalies that I think anyone who’s picked up an eReader knows just seem to synthesize out of the ether. In any case, I can’t say that V2 is going to make everyone happy all the time, but I do hope it serves as a testament to one thing: my willingness to continue improving the effort.

Here we are, dear reader, at the end of this introduction. The first words I’ve written about the book outside the endless infomercial that is social media. In Carry the Fire, the end of the book intentionally leaves the reader feeling overwhelmed. Readers have contacted me and said “I don’t know where to start! I feel like I don’t know anything!”

The place to start is at the beginning, knowing the end. There’s a final, subtle lesson in there. We can’t do it alone. It’s just too much to be everything to everyone, all the time.

We all need help, sometimes. This applies to me, as well. So, I’ve got a few asks:

I absolutely hate hate hate the idea of selling the soul of ISG for advertising. Not only does it seem vapid, but it seems dishonest. Of course I want people to buy the book. I’m still bailing water from taking on the cost of publishing, but it’s still more important to me that the value comes not from a sales pitch, but the intrinsic benefits of having it as a reference.

That’s it. Thank you all for the support. The fact that this article is a thing is nothing short of amazing to me, and it’s a direct reflection of the support and strength of ISG’s supporters.

Thank you all.
Aaron

*That there are things you can do right now to improve your lot, and that no one of us is able to do it all!

…Oh yeah, and keep your ears open for an audiobook version.