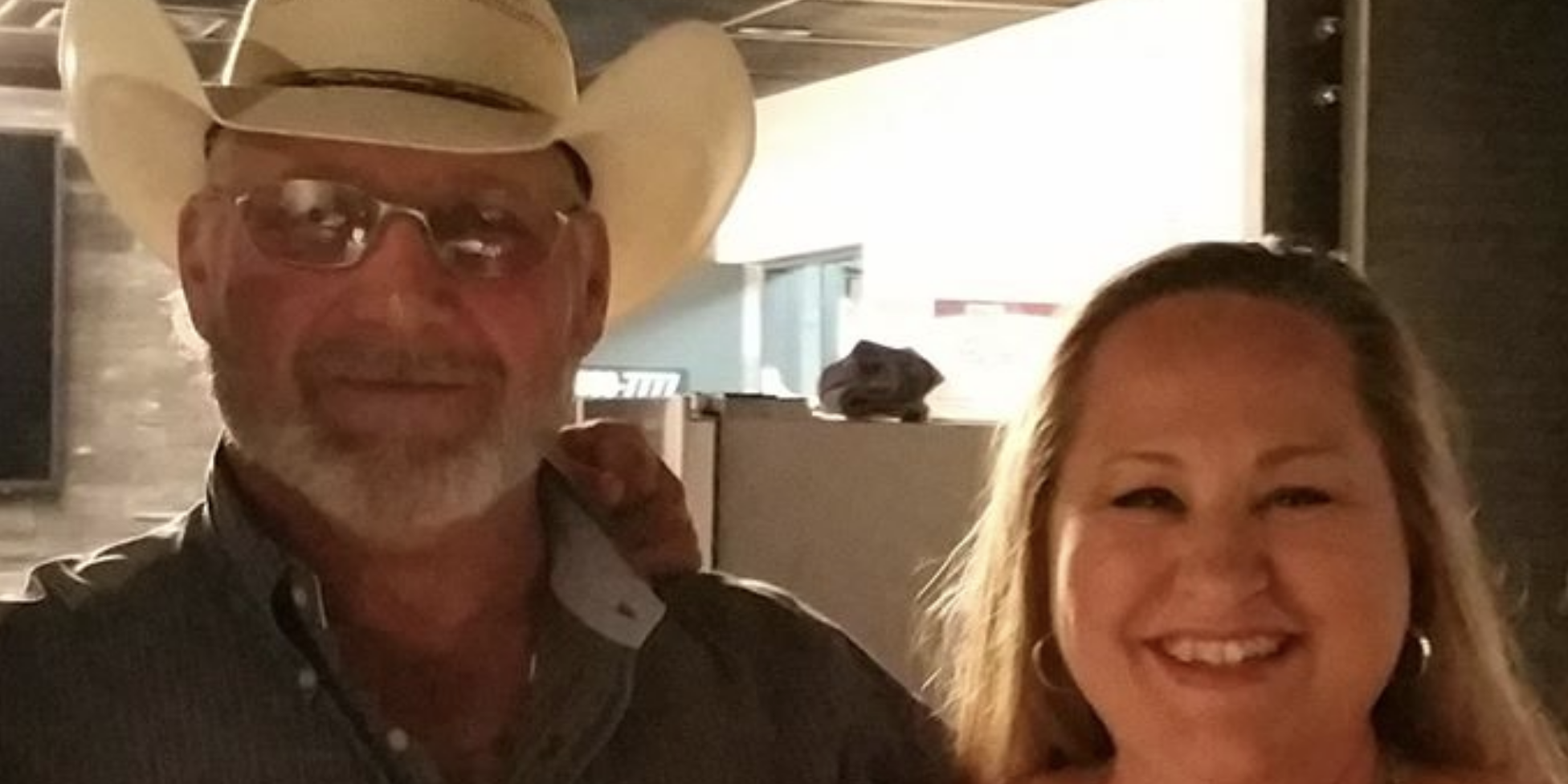 Here we tell the story of Harold Tycksen who fought desperately against the clock to stop an infection that nearly cost him his life and changed his life.

ISG is very grateful to Rachele and Harold Tycksen for sharing with us their sobering story. It is a very personal account of a medical emergency that could affect any one of us and it serves as a reminder that some basic medical knowledge can literally be the difference between life and death. We’re humbled and honored that they’ve allowed us to share such a personal account with the ISG community.

In discussing the circumstances, which led to Harold losing most of his foot from an infection, Rachele recounted the following wisdom:

“I listened to my grandpa and old timers when I was young, they were all farmers, infections were one of the biggest threats they faced way back then. And would be again if we dont have access to modern medicine and hospitals.”

It’s easy these days to lose touch with the fragility of life. Infection is a word that commonly brings competing thoughts of mild illness and antibiotics. With treatment as simple as a doctor’s visit for most, we take anti-biotic useage dangerously close to for granted. The stark reality is that for most of human history is that infections were often a death sentence.

If we want to take disaster management seriously, we’d be wise to strongly consider the lessons found in the Tycksen’s story and how serious infections can be in times where modern medicine is compromised or all together inaccessible. Not only do we have the consideration of the disease itself, but we need to consider the mental fortitude required to adjust to the loss of a limb.

Be warned, some of the following images are graphic.

This story starts as innocuous as possible: Harold stepped on a rock while barefoot.

It seemed unimaginable that such a small injury would fundamentally change their lives, that because of a small puncture, they’d be confined to the hospital for ten days for four surgeries, and ultimately an amputation.

The rock made a small puncture in the bottom of his foot, which they cleaned and soon forgot. Some time passed and the symptoms of infection began to appear; Harold’s foot began to swell and a small sore appeared.

They treated the sore with home remedies to fight infection and clean the wound, but only a day later, the tissue around the sore blackened.

Harold’s job kept him on his feet for 12 hour days and they assumed that the discoloration and sore was a blood blister from the stress of being on his feet in boots all day… but by the third day, they knew something was seriously wrong.

“By the third day, we knew something was wrong”

The injury site had begun to discharge dark pus and emitted a foul odor. The exudate was black and they knew immediately that this was not normal. They rushed to the hospital, where Harold was admitted. The staff told them had they waited another day, it could have cost him his entire leg, or even his life.

The infection, initially a fast moving flesh eating bacterial condition called necrotizing fasciitis, had worked it’s way in to Harold’s muscle and ligaments. The hospital decided it was necessary to do an emergency surgery. The surgeons excised the infected and destroyed tissue and began to administer powerful antibiotics to combat the infections.

Harold is diabetic, and while he was able to keep it in check with diet, this minor compromise to his immune system allowed secondary infections manifest, further complicating his treatment.

“Just one little cut let the bacteria in.”

Rachele talked about the seemingly minor event that led to the infection. A small puncture. Immunocompromised patient. Long days in boots. Conditions like these were the daily life of our forefathers. Poor diets, prolonged work in difficult conditions, and cuts are all part of daily life for many workers around the world.

When we consider the post disaster environment, whether it’s a large-scale collapse like the civil war in Croatia, or a localized event like Hurricane Michael, we often forget just how septic life is. Bacteria are an ever-present threat; too small to see and often hard to mitigate.

After all, when we discuss sanitation and access to critical resources (like clean water, anti-biotics, medical care) we do so knowing full well that the most pressing concerns facing us in the aftermath of a disaster are those to our health.

While preparedness culture emphasizes stuff, like bug out bags and the perfect gun for whatever imagined scenario, ask yourself this:

Am I ready to deal with this kind of infection? Do I possess the knowledge, resources, and equipment necessary to recognize and treat this kind of injury? If not, does someone in my community?

Further… are you ready for life to change dramatically if you were to become the victim of an infection like this?

“The whole time all I could think about was what the outcome would have been if we were in a SHTF situation? And what could we have done to have prevented it or treated it better?”

It’s normal when facing sudden, overwhelming change to ask “what could I have done different?”

The answer may be nothing and just as importantly, Harold could be considered very lucky that the hospital staff was able to stop the infection before it progressed further.

So what we want to consider in in the second part of this article is:

It’s impossible to say that something could have been done for a better outcome without acknowledging that it could have been much worse. Instead, let’s talk about some practical skills that we can cultivate to better understand the early signs of serious infections. Especially with necrotizing infections, the CDC advises extreme concern when the patient presents the following:

Of crucial importance with these kinds of infections is that because they damage so much tissue so severely, it can quickly become impossible for the IV administration of antibiotics to reach the affected areas. That means the potential for secondary infections is very high. This happens when the tissue around the affected area is destroyed by the infection so that blood flow is unable to reach the impacted tissue. As the cells are deprived of circulation and die, the tissue is weakened and dies as well, which opens the door for further infections.

So while it’s likely that nothing specific could have been done better, we should add the ability to assess the severity of an infection to our mental index. In particular, when we encounter or experience an injury that requires cleaning and medical help is not an option, we can:

Additionally, we can watch for some signs of infection:

While our goal here is to highlight the seriousness of infection, not to give medical advice, books such as “Where there is no Doctor” can help identify remedial steps you can take to fight infections. This book came in very handy treating injuries in remote (and urban) areas of Afghanistan. It’s critically important that any suspected injury should be treated by a trained medical professional – home treatment of injuries or advice for how to treat injuries should come from a medical practitioner, not the internet.

The truth is, it’s a beginning of sorts; he will have to find new ways of doing things he previous wouldn’t have to think about. It will require a tremendous amount of dedication, adaptation, and toughness to adjust to the trauma he’s experienced.

This story is about a medical emergency and it’s impact on a family, but it’s also about awareness and managing a worst-case scenario. It’s about adaptability.

Harold’s ability to walk and run, drive a vehicle, crouch, wake up and walk to the bathroom in the middle of the night – all those things have radically changed over the span of a couple weeks. He’ll walk with a cane from this point on.

At every stage, Rachele and Harold had to adapt quickly to keep ahead of the circumstances… and they will continue to. We live in a world in which, if we lose touch with our own mortality, we can be caught mentally unprepared to deal with loss. Stories such as this remind us that every blessing we have is on loan, to be taken away without warning. We must draw strength from our family, friends, community, and our own sense of purpose to manage loss, even in good times.

When we discuss preparing for “SHTF” scenarios, this is what they look like. They’re not exciting opportunities to be heroic in an otherwise dull world. They’re grievous and life changing events that have to be navigated with care, support, and tempered with the caution we only learn through loss. While we truly regret Harold became the victim of this infection, his loss serves as a strong reminder to cultivate these things while we can.

We want to say thank you to Harold and Rachele for sharing this story. We sincerely hope that Harold’s recovery is swift. If you’d like to donate to his get well fund, you can do so here.

Thank you for reading,