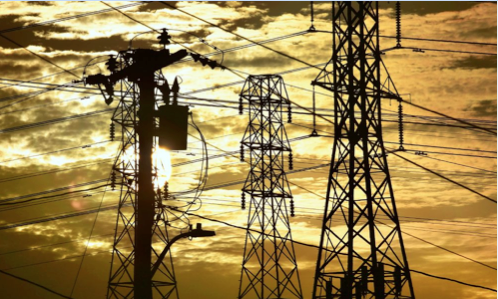 The ISG Weekly Information Summary: An unbiased look at the happenings around the globe, and how they could impact life closer to home. May 20th, 2019. Special.

According to a report from Georgetown Law’s Center on Privacy & Technology, Detroit and Chicago have both acquired and implemented technology that would allow their respective police departments to scan live video from cameras located in businesses, clinics, schools, and public places and use facial recognition technology to search the crowd for persons of interest. The report further claims that similar programs are being considered and tested in Orlando, Washington D.C., and New York City.

This is a problematic step for American law enforcement and for civil rights in these United States. As the Georgetown Law report points out, this will have a chilling effect on activism, encouraging a culture of self-censorship around hotly contested issues. The obvious questions about privacy and anonymity are there; such a system could and likely would be used to track the movements of individuals, whether they were suspects or not. There are also obvious concerns around race and ethnicity, as certain groups are more likely to be targeted.

This is a game changer in our understanding of public life, particularly regarding the 1st, 4th, and 5thamendments. A great deal rides on the future of  this technology.

This is the latest in a series of issues and incidents between Syria and Israel. The latter claims that Syria has become an Iranian satellite and thus a means for sophisticated weapons to move from Tehran into the Levant. Last month, three Syrian government troops were injured during an Israeli raid on Musayaf.  Israel has launched dozens of airstrikes during the ongoing Syrian conflict, chiefly at alleged Hezbollah and Iranian targets.

This is a complex and ever changing situation. The concern is that with rising tensions between the US and Iran and the escalating Yemeni civil conflict, Israel could become another front in a potential region-wide war. Alternatively, Israel may just be engaging in some careful border maintenance and attempting to strengthen its position in both the Occupied Territories and potentially Syria.

US officials have issued an official warning for commercial airlines flying through Persian Gulf airspace, cautioning that they may be misidentified as the situation in the region continues to escalate. The US has moved bombers and warships into the Gulf out of concerns over a Iranian military action against US interests or allies in the region. As ISG has covered previously, a bomber wing and the USS Abraham Lincoln carrier group are part of this force.

This is the latest in a series of heightening tensions. ExxonMobil has begun evacuating its foreign personnel from Basra, Iraq. Many US consulates throughout the region are either closed or operating on reduced staff. The Saudi royal family has called for US air strikes against Iran in response for an alleged Iranian drone attack within Saudi Arabia.

The list goes on and on. The US and Iran have been at loggerheads for decades over one issue or another, but this round has much higher stakes due to the complexities of the Yemeni conflict and the evolving relations between Iran, Russia, and China. In the wake of withdrawing the US from the 2015 Iranian nuclear accord, Trump has sought to soften his line against the Islamist nation. Iranian official likewise are adamant that they do not seek war. While that’s good news, a massing number of US troops operating in a relatively confined space opposite their Iranian counterparts makes a mistake far more likely.

President Trump has issued an executive order restricting businesses or individuals within the US from acquiring or using “information and communications technology or services designed, developed, manufactured, or supplied by persons owned by, controlled by, or subject to the jurisdiction or direction of foreign adversaries.” While no specific business or entity is mention, most commentators agree that troubled Chinese tech giant Huawei is the primary target for this EO. Both Huawei and the PRC government have objected to Trump’s decision.

These are difficult times for Huawei. They are one of the primary providers of 5G technology worldwide, but their ties to China’s government—particularly its intelligence and defense sectors—and

ongoing accusations of spying have landed them in trouble in the US, Canada, the EU, and other places besides. While Trump’s EO is obviously part of the ongoing US-China trade war, Huawei’s international difficulties suggest that there’s a bit more going on. Global conflicts have long taken place via trade, and the digital front may become increasingly important as things continue to escalate.

Downed power lines may have been responsible for horrific wildfires in California, especially over the last few years. Due to concerns about future disasters and an ostensible desire to prevent further losses, California’s largest utility has rolled out a plan to implement controlled blackouts on high-wind days. Downed lines have been blamed for the 2018 Camp Fire, the most destructive fire in state history, in which 42 people died.

It’s true that power lines do start fires, 17 of them in 2017 alone. However, this blackout plan raises a host of other concerns both environmental and social. The shutdowns are likely to disproportionately effect the rural regions through which power lines travel. This in turn leaves the elderly and folks with medical issues at risk during the heat of summer. And while solutions to short-term blackouts exists, including the installation of home solar power systems, the fact remains that many folks cannot afford them.

A real and abiding issue spans all of this: America as a nation is dependent upon on-grid living for the vast majority of daily life. As issues like this become more common, due to changing weather patterns and resource availability, the US as a nation will have to recover a spirit of independence and rid itself of many patterns of learned helplessness.

A leaked Saudi Arabian diplomatic memo alleges that the Saudi government knew that the Sri Lanka Easter terror attacks were coming. According to a document leaked to Lebenese news channel Alahed News, the Saudi Ministry of Foreign Affairs “confesses responsibility or at least ‘relation’ to the terrorist attacks that hit Sri Lanka” on Easter Day this year. The memo, addressed to the Saudi Ambassador to Sri Lanka from the Foreign Minister apparently instructs the former to “delete all documents, computer data and latest correspondence with domestic and foreign members and groups” as well as informing “all those related to the Kingdom of Saudi Arabia including counselors, security forces and intelligence during the three coming days, especially on the Christian Easter Day, to avoid presence in public and crowded places namely churches.” While no direct mention to the coming terror attack is made, the wording—in particular the mention of churches—strongly suggests a correlation.

If this memo is legitimate, it’s a smoking gun. Other evidence connecting Saudi Arabia to the Easter Day attacks is out there: several of the conspirators have strong Saudi ties. The Islamic State quickly took credit for the attacks and allegations of their close ties to Saudi Arabia have been around for years, backed by evidence that is difficult to ignore. In a sense this is not surprising; Saudi has been playing a complicated and multifaceted game for years. It’s possible that the Saudi government or royal family sees IS as yet another tool to further their ongoing goals for building post-oil influence across the region, just as they are seeking to do with their ongoing role in Yemen and in the building tensions between the US and Iran. Time will tell, of course, but this is a story which is still worth watching.

According to one report, over a dozen different models of Linksys wireless, comprising more than 20,00 individual devices, are regularly leaking user data, including the usage history of devices that have been connected to them. Linksys responded quickly, claiming that they were unable to replicate the results and suggesting instead that the leaks were due to users manually disabling their firewalls. The original report by contrast claims that devices are vulnerable even when the firewall is turned on.

Caveat emptor, as the saying is. If you own a Linksys device it might be worth checking it out and seeing if it’s leaking data. From the looks of the report a VPN would go a long way to ward preventing this, both at home and in public. As always, security isn’t absolute and it pays to take precautions.

As is often the case with history, news media is written by the victors. So it seems is the case with Venezuela, who’s dismal living conditions and deep economic woes have affected the lives of millions of citizens. In a drama fit for Game of Thrones, the face of the crisis in Venezuela is about democracy over authoritarianism… but reality isn’t quite that simple.

Reminiscent of the still ongoing Ukrainian war that sent Russia on a mission to annex Crimea to secure their only warm water port for oil exports, the Russian backed Maduro managed to resist western backed Guaido in a bid to change the guard to favor the United States and Western Europe. It’s no real mystery why: Venezuela is oil rich, and the Saudi’s Ghawar oil field is on the right hand side of the Hubbert Curve. They’re running out of oil, and the West needs a replacement. We will tie this further to Iran as that situation develops, but for now, let’s just say that the reason they can be oil rich and economically poor is that the Petrodollar forces compliance – and Venezuela refuses to come to the West. Perhaps as importantly, don’t buy the notion that this is about fighting the far left. While Guaido is hailed by American media as a welcome alternative to the socialist rule in Venezuela by Fox and CNN alike, they’ve conveniently left out the fact that Guaido himself is a prominent socialist.

Don’t take your eyes off this – governments are getting nervous with no clear heir to oil and economies utterly dependent on it. Further, the U.S. and allies are knocking down anyone who demands gold for their oil. While we’re talking about Venezuela now, don’t overlook that there’s a common thread here:

Venezuela announced they’d no longer accept petrodollars for oil in 2017. Connecting the dots, Libya (thanks to Hillary Clinton for failing to use proper security) and Syria held significant amounts of gold and backed a pan-African currency based on Gold, and found similar results. Iraqi leaders Saddam Heussein said “no more dollars*” in November of 2001. And ‘lo and behold, would you look at that: Iranian sanctions were designed to undermine the petrodollar as well, when Teheran signed a deal with Russia to exchange goods without including dollars. Let’s guess how that goes for them.

We can’t do anything about this other than watch and learn. Be aware that a very subtle resource war is going on right under our noses, and every official channel is complicit in making sure we have 0% truth on which to base our opinions.

While we can’t say *any* source is 100% reliable, we hope that the composite view we’ve made here at least casts serious doubt on the official stories we’re getting here in the U.S.

* We chose this link because it was written in 2009, when people still believed Iraq had WMDs. Now that we know that to be untrue, the article essentially admits there’s no other reason. It’s a good exercise in spotting propaganda, but it’s also a contrasting view (and here’s another worth reading). We want you to make up your own mind.

Please, share this if you found it interesting and worth your time. ISG is a net that combines a culture or resiliency, community and individual betterment, and practical preparedness for the changing times we live in. We truly hope to find bright minds who can help us influence the greater good, and we can only do that with your help.

As always, thank you for reading.