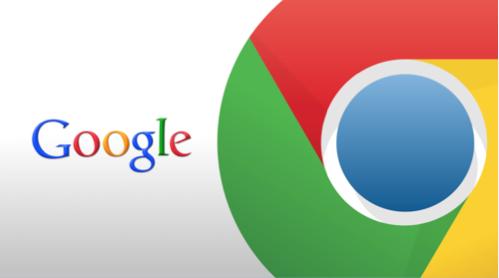 The ISG Weekly Information Summary: An unbiased look at the happenings around the globe, and how they could impact life closer to home. June 24, 2019.

According to independent research, Google’s Chrome browser allows so many trackers, allowed so many targeted ads, and partook of so much location tracking that in effect the popular web browser functions as spyware.It’s worse on mobile devices; Chrome automatically transmits your location toGoogle every time you do a search from your device.

This shouldn’t be surprising in and of itself—Google collects and sells information; that’s why its services are free. The extent and aggression are surprising, and users should take notice. Most sources suggest Firefox as a better web browser; for mobile devices Firefox Focus offers increase resistance to trackers as well as automatically erasing your browsing history. Savvy users will further adopt encrypted chat programs and make use of VPNs on all devices. As always, eschewing Google’s search function in favor of DuckDuckGo is wise.

The White House had ordered ICE raids to start on Sunday.These would have targeted illegal immigrants in 10 or more American cities, resulting in potentially 2,000 deportations. The news sent paroxysms of fear and anger through immigrant and activists communities. Plans for evacuation or concealment were made, resistance and protests were planned, and there was a great wailing and gnashing of teeth on social media. All of that was for naught; Trump announced on Saturday that he would delay these raids for two weeks in hopes of reaching a deal with Congress.

In a way this is classic Trump: a carrot and stick approach designed to force negotiations in which he will presumably have some resulting advantage. It works well for all concerned: those inclined to support Trump will harden their opinion. Those inclined to oppose him will cling to their favorite candidate for the 2020 presidential race; in a highly dividedDemocratic field, this only works in Trump’s favor. On Twitter, Nancy Pelosi was quick to welcome the delay. To indulge in a moment of conspiratorial thinking, the hue and cry among activists and on social media has likely givingUS domestic intelligence programs a great deal of information about activists and the resistance. So the question is—a floundering administration changing course again, or a coordinated plan that works well for everyone in power? Time will tell.

USMCA (United States, Mexico, Canada) is a 25 year old trade agreement between the three North American nations which, at President Trump’s request, is being revamped. On Thursday Trump met with Justin Trudeau in an effort to finalize the most recent version of the agreement, which has already been ratified by Mexico. The effort faces some opposition in Congress, most notably in the House. Democratic lawmakers have expressed concerns over provisions giving greater patent protections to pharmaceutical companies. A key issue has been the easement of tariff implemented by the Trump administration;Trudeau is on record as saying “We are very pleased with the lifting of [these]tariffs”.

The ins and outs of the agreement would require a much longer article, if not a book, but there are some take home lessons which lead to broader conclusions. Canada and Mexico have been caught up in an ongoing series of trade wars instigated by the Trump administration; other note worthy targets include China. It’s hard to view this as anything other than a major concession to, if not a victory for, Trump. Whether or not that’s a good thing is the subject for another discussion, but another win in the trade wars does not bode well for his adversaries either overseas or building into the 2020election.

On Thursday, the US State Department added Saudi Arabia andCuba to a blacklist of countries accused of enabling human trafficking. SaudiArabia made the list due to its propensity for jailing or deporting trafficking victims, treating them as criminals rather than rendering aid. Saudi Arabia is greatly reliant on foreign labor, which has become another source of concern for US officials as mistreatment is rampant. Cuba by contrast has been accused of human trafficking via its program of sending doctors overseas. This measure could result in trade and travel restrictions as well as the elimination of US support.

US-Cuban relations have long and famously been contentious; while there was a brief thaw under the Obama administration things have once again grown strained under Trump. Saudi Arabia is a markedly different question: Trump, like previous US administrations, has often been accused of being overly lieutenant with the oil-producing kingdom. US involvement in the proxy war between Saudi Arabia and Iran being played out in Yemen is a huge concern, especially given growing tensions between the US and Iran. So what to make of this measure? Is it a move to put the brakes on Saudi Arabia and hopefully reduce strife between the US and Iran by extension? Is it an assertion of US dominance in an oil producing region? Is it a distraction from larger issues? We don’t know at the moment, but the situation bears monitoring.

US Secretary of State Mike Pompeo is scheduled to visitIndia in the hopes of addressing and correcting growing trade issues between the two nations. Pompeo was quick to acknowledge that “this is not something that is going to be solved in one meeting” but rather his visit would“kickstart” the process and enable relatively rapid progress going forward. A portion of the discussion will almost certainly including the ongoing S-400issue, in which the US has called upon its allies to avoid trade and transactions with Russia which might in turn trigger US sanctions.

The S-400 issue is emblematic of the situation betweenRussia and the US. Russia is actively seeking to sell its S-400 missile defense system to all and sundry—including US allies such as India and Turkey. There are concerns on the US side about the growth of Russia’s influence and the intelligence risk of having US and Russian equipment operating side by side.Turkey’s already been denied the ability to purchase F-35s in result, and Trump is seeking to dissuade India from its S-400 purchases by offering US hardware instead.

As we’ve often noted here on ISG, the US and Russia are vying to expand their respective spheres of influence in key regions of the globe. South Asia is one of them: many nations are longtime US allies and theRussians have a historical interest in establishing themselves on the subcontinent. Whether or not Pompeo will be able to swing the pendulum further toward the US remains to be seen, but his upcoming India journey is a small yet critical component in a much larger issue.

Further woes for Chinese tech companies came this week as the US implemented further restrictions on trade due to ongoing concerns about security and non-state intelligence gathering. Five additional Chinese companies—including supercomputer giant Sugon—were placed on a US CommerceDepartment blacklist, which bars them from trading with the US due to “acting contrary to the national security or foreign policy interests”. They join ranks currently occupied by telecommunications and computing giant Huawei, which is embroiled in an ongoing trade battle with several Western nations. Beijing has followed suite, issuing warnings to US, Japanese, and South Korean companies that shying away from trade with China would have repercussions in the future.To add insult unto injury, Huawei has canceled the launch of its Matebook 13laptop, perhaps permanently.

As we’ve discussed ad nauseam, the trade war rages on. While China has made key concessions, tech remains a contentious issue.Beijing is currently holding two Canadian citizens in response to Canada’s arrest of a Huawei executive; President Trump has pledged his support to Ottawa in the ongoing negotiations there. Shutting down China’s growing tech sector isa real obstacle for Chinese economic growth, and the resulting expansion ofChina’s sphere of influence.

This section header is deliberately vague, as the situation is both rapidly evolving and difficult to read. After months of growing tensions, the issues between Iran and the US nearly reached a head when Iranian forces shot down a US drone they initially accused of entering their airspace.The US claimed the drone was in international airspace. Perhaps surprisingly,President Trump struck a middle line, claiming that Iran had made a “mistake” but canceling retaliatory air strikes at the last minute due to concerns about a number of Iranian casualties that would be “disproportionate” to the issue at hand. We learned on Sunday that US forces launched cyber-attacks on Iranian weapons systems in preparation for Trump’s canceled strike. Meanwhile, Iran continues to accuse the US of fueling tensions in the region, international and regional airlines are routing flights away from the that corner of the world, and the question on everyone’s mind is this: how close are the US and Iran to war?

Probably not as close as many people think—though there are credible voices arguing the contrary. Trump pulled back from an actual physical attack on Iran, ostensibly out of concerns that 150 Iranian casualties would have been too great a butcher’s bill for the loss of an unmanned drone. He’s announced instead that the White House will implement a new round of sanctions against Iran, while simultaneously stating that he’s open to a new round of negotiations and a new trade deal to increase Iranian prosperity. This is remarkably similar to the playbook Trump used in dealing with North Korea:threaten overwhelming force while in tandem offering an olive branch.

How effective will this be in opening the conversation? We don’t know yet, but Iranian leaders do not seem to want a direct war with the US and may be open to further conversation now that the offer has been made. Existing sanctions have hit Iran hard, and further sanctions may make it worse. Trump, likely encouraged by his ongoing trade war success, seems to think that sanctions are a key diplomatic tool. In this case, he may be right.