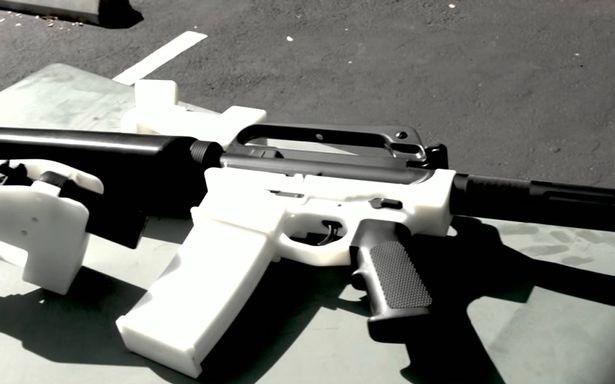 The ISG Weekly Information Summary: An unbiased look at the happenings around the globe, and how they could impact life closer to home. June 03, 2019.

NSA officials found a loophole which allegedly allows them to share data with their Israeli counterparts which could be used in targeted assassinations against Hezbollah. This has been going on since at least 2006, per a leaked NSA article from that year. This data lead to Israeli attacks which violated the laws of war, according to Human Rights Watch.

This revelation comes at a difficult time in Middle Eastern affairs. The US role in the region is changing again, as factions within theAmerican government gear up for a potential war with Iran. Israeli is involved, directly and indirectly, with the ongoing Iran/Saudi proxy war in Yemen. The ongoing situation in the Levant is happening on Israel’s borders. Closer to home, public confidence in the IDF is eroding, as many question Israel’s ongoing missions in the region. Deepening US involvement in Israel’s issues opens up a new front and new complications for America’s rapidly evolving presences in the Middle East.

Behavioral ad targeting—tracking user internet usage as away of direct ads content more effectively—defines social media in a quiet, behind-the-scenes way. Facebook in particular is a vehicle for delivering such targeted ad content; it’s how the service remains free to the user while still turning billions in profit. However, research compiled by a number of institutions now suggests that behavioral targeting is only about 4% more effective than other modes of advertising.

The economics are complicated, so we’ll leave those to the article linked below. The take home for the reader is that a shift away from behavioral ad targeting is a direct challenge to the foundation of theGoogle/Facebook giant that dominates online advertising and indeed online life.If the advertising world embraces this revelation, ad dollars will flow indifferent directions, potentially affecting the bottom lines of many digital powerhouses. With growth slowing for digital publishers, we’re looking at news that could potentially reshape the online economy. Time will tell, so don’t get rid of your ad blocking/script blocking browser extensions just yet.

Credible reports have it that the DPRK has executed Kim Hyok Chol, North Korean nuclear envoy to the failed summit with the US. He was accused of “spying for the United States for poorly reporting on the negotiations without properly grasping U.S. intentions”, according to a SouthKorean report. The summit in question was held in February in Hanoi, Vietnam.South Korean officials have declined to comment, while the US State Department has said that it is monitoring the situation. Other DPRK officials have been punished, some sent to labor camps, but this is the first execution.

DPRK officials have made statements about “two-faced”officials facing the “judgment of the revolution.” Kim Jong-un seems to be genuinely dedicated to bringing change to the nation he inherited.  This, necessarily, has likely generated some internal opposition. Purges are not uncommon in totalitarian regimes; the question is who is being purged, why, and by whom. It could be that Kim is seeking to clean house in order to get negotiations back on track. It could be that this is a manifestation of a broader power struggle internally. We won’t know for sure until direct negotiations between the US and the DPRK resume.
‍
https://www.reuters.com/article/us-northkorea-usa-purge-idUSKCN1T02PD
‍

German government spending on asylum seekers reached 23billion Euros in 2018, a record high for that nation and an increase of 11%from the year before. Documents released by the finance ministry also indicate that in 2016 and 2017, the government earmarked all surplus budget funds to dealing with the migrant crisis, in part fueling the soaring spending.

Much of the money has been funneled into programs designed to help migrants master German language and culture, integrate them into society, and find them jobs. However, unemployment remains high among the newcomers—65%are still without work and those who are working full time are often chronically underpaid.  This is not a recipe for social stability, integration, or successful multiculturalism.  And the increased spending on migrants is getting a negative response within Germany, as witnessed in part by the rise of far-right and nationalist political movements. German leaders are walking a fine line between embracing the diversity values espoused by Modern Europe and maintaining cultural, social, and economic order.  Nationalism is growing across Europe, as seen in the most recent round of elections. If Germany mishandles this further, a shift to the political right could be forthcoming.

Ukrainian officials have released a statement claiming that eight Ukrainian military personnel have been captured by Russian-supported separatist fighters in the eastern region of Donetsk.  According to the report a military vehicle took a wrong turn and ended up in enemy-occupied territory, where it was captured.

Ukrainian officials have long accused Russia of taking an active role in ongoing separatist fighting, going so far as to claim that regular Russian troops are taking part in the so-called rebel movement. Regular readers will recall that Russia has been pushing to solidify control over its sphere of influence around the world, pushing back against similar US, Chinese, and Indian efforts. This troops were captured in the wake of numerous violations of a ceasefire agreement finalized in March. Ukrainian politics, like the politics of much of Europe, are balanced between conventional parties and a growing populist/nationalist movement. Repeated incursions by Russia, whether real or perceived, might tip things toward the far right. In an increasingly unstable Europe, this would be a near-disaster.

In his first public statement since leaving office, formerSecretary of Defense James Mattis has publicly cautioned against a US war withIran. “The United States should buy time to keep peace and stability and allow diplomats to work diplomacy on how to keep peace for one more hour, one more day, one more week, a month or a year . . . Iran’s behavior must change .. . the military must work to buy time for diplomats to work their magic.”He said, during an appearance in the United Arab Emirates.  He went on to call for further US diplomatic engagement in the region as a countermeasure to growing terrorism in NorthAfrican and South Asia.

Mattis’s remarks are timely, given the ongoing escalation between Iran and the US and the complex conflicts spanning North Africa, theMiddle East, and South Asia. He also hints indirectly at Chinese and Russian efforts to expand their respective spheres of influence in South and CentralAsia; issues with which the former Secretary of Defense would be well familiar.His words stand in contrast to an administration which has again started rattle the saber against Iran. As Mattis has a book coming out later this year, he may have other motives for getting back into the public eye; we will have to wait and see.

3D printing is the future of manufacturing, offering a means by which small shops and home inventors can develop new products and innovations. They also pose an interesting challenge to attempts at controlling or curtailing the right to keep and bear arms. Efforts have been made in the past to restrict the spread of  3D printed guns, with mixed results. Now 3D printed weapons are back in the spotlight, as a decentralized group of hackers, makers, and firearms enthusiasts share plans, blueprints, and ideas around the world.  Making use of multiple digital platforms, including encrypted channels such as Signal, these folks are making use of a leaderless resistance model that is difficult for governments to crack down on.

3D printed guns have come a long way. While a fully functional, fully 3D printed semiautomatic weapon has yet to materialize, it’s relatively easy to print frames and lower receivers—parts that are legally considered firearms in the US. From a legal standpoint, this complicates efforts to restrict firearms ownership. With gun crime increasingly prominent as apolitical football, the legislative battles is likely to heat up soon. Much depends on the 2020 election; if the Democrats can solidify a hold on the House and Senate gun control legislation will be tops on their agenda. However, there seems to be a groundswell in right-wing politics nationwide, which may tip things the other way, forcing gun control efforts to the back burner.

Farming is a 100 billion dollar a year industry in theUnited States, and due to its nature the farming economy affects every other aspect of American life from real estate values to fuel prices. Unfortunately, these are difficult times for American farmers as a combination of forces pushes profits to near-record lows.

First and foremost, the US is currently engaged in a series of trade wars, most prominently with China and Mexico. We’ve discussed this onISG before, as the issue is too complex to be covered in any one article.Mexico is the US’s largest trading partner, but due to an ongoing dispute over border issues and migration the White House has implemented a series of gradually increasing tariffs on Mexican imports, started at 5% and slowly rising to 25%.This will affect food prices across North America. On the other side of things,Chinese tariffs on US goods have stalled out many key agricultural exports to that nation, including staple crops like soybeans and luxuries like California wines. Natural disasters also add to the mix; a series of disastrous floods and storms across the Midwest and the Great Plains have wiped out many crops and even entire farms. This heady mix will push profit margins lower and prices higher—a crunch many farms aren’t prepared for.

All of this comes at time in which farm profits have been on the decline for years. Rising fuel and equipment prices, difficulty in finding qualified labor, the uneven price of farmland, and changes in American diets have all played a role. The future for many small and medium sized farms is uncertain—which has ramifications for the nation as a whole. Climate change and shifting trade patterns are a challenge to economic and social stability.America began as a nation of farmers; agriculture is a traditional bedrock of our economy. Being a net food exporter is a huge advantage in an increasingly interdependent world. With that foundation increasingly unstable, the future may likewise start to look shaky.

Closer to home, you may consider stocking the pantry before the worst of the price increases land.