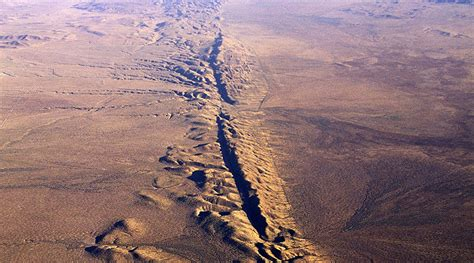 The ISG Weekly Information Summary: An unbiased look at the happenings around the globe, and how they could impact life closer to home. July 08, 2019

On Thursday July 4th, a 6.4-magnitude earthquake shook Ridgecrest, California and the surrounding area. More than 1400 aftershocks followed, leading to an even stronger 7.1-magnitude quake. Three more quakes of 5.0-magnitude or greater followed.  Further quakes are expected, insofar as earthquakes can be expected. At the time of this writing Southern California is experiencing an aftershock roughly once every minute, however, it’s important to note that to date, no reliable predictors of earthquakes have ever been established. They remain a “surprise” of mother nature.

Highways are cracked and buildings have collapsed. Many residents of the area are sleeping outside of their homes for fear of another, disastrous quake. Some people are choosing to flee the seismic zone. Fires are spreading as gas lines break; at least one major hospital has been evacuated. It’s a nightmare for those caught in the area—even thought this part of the world is well accustomed to earthquakes.

Our thoughts and prayers go out to those affected, and we encourage all of you to donate what you can to a charity doing relief work in the region. We also encourage you to take this as a reminder to stay both alert and prepared for disasters and emergencies; none of us is immune to nature’s wrath or unexpected human action. Find some time this week to re-asses your preps, plans, and skill set; it’s best to do this well ahead of the event.

Despite months of dire predictions anticipating a slowdown in the US economy, both jobs and payroll grew beyond expectations in June 2019. 225,000 new jobs appeared nationwide, the highest gain in nearly six months and well beyond forecast growth. Unemployment rose slightly—from 3.6% to 3.7%–but according to experts this is due to greater participating by job seekers. The jobs added were long term employment, chiefly in health care, manufacturing, and construction, rather than summer seasonal work. This is coupled with erratic wage growth: up 3.1% over the last twelve months.

Job and wage growth are always important indicators of economic health, and this recent burst may finally allay fears that another US recession is en route. That in turn could boost both investor and consumer confidence, leading to further growth. All of this is especially important, as the nation moves into the 2020 election cycle. A strong economy bodes well for the incumbent president and his party, particularly in light of a divided and contentious opposition.  This all comes with the caveat that we’re in the early stages of the process: there’s a whole world between here and November 2020 and a great many things are likely to change.  Regardless, an improving US economy is good news for now and its ongoing progress bears watching for the preparedness minded.

For the last four years, the United Arab Emirates has been an active participant in the Saudi-led coalition fighting in Yemen. That conflict is generally understood to be a proxy war between Saudi Arabia and Iran, the latter directly supporting he Houthi’s Shia militia. UAE troops are now quietly leaving Yemen and returning home, without any comment from UAE officials. While there are a number of possible explanation for this stealth withdrawal, the most likely is UAE concerns about a potential direct war between Iran and the US and its allies.

The UAE is a small nation with a small but effective military, and thus relies heavily on regional and international allies for its defense: read Saudi Arabia and the US. UAE officials have walked a fine line during the growing tensions between Iran and the US; in May 2019 four oil tankers were sabotaged in a UAE port. While US officials blamed Iran, the UAE refused to assign blame directly. By moving its troops home, the UAE may be indicating that it is ready to play a more active role against Iran—or instead that it is now more concerned about homeland defense in anticipation of a serious region-wide conflict. ISG readers will note that we’ve been exploring the changing defense situation in the region for months now, focusing on the growing conflict between Iran and the US. The UAE’s move is another canary in the coal mine, giving us some insight into things to come.

China’s ongoing issue with its predominantly Muslim Uighur population has taken yet another ugly turn. New research suggests that the PRC government is deliberately separating Muslim children in the western province of Xinjiang from their parents via a twofold strategy of camps and prisons for the adults and high security schools for the children. Uighur expats around the world have been critical in raising the alarm, as Chinese government crackdowns in Xinjiang make it difficult for foreign journalists to get testimony.

Xinjiang and the Uighur are longstanding thorns in Beijing’s side. The far west of China has long been  isolated both geographically and culturally from the rest of the nation, and there is a long stand and aggressive independence movement. Beijing has been cracking down on Xinjiang over the last three years, sending hundreds of thousands to prisons or re-education camps. Separating parents and children is an age old strategy for ethnocide; by cutting children off from their home culture you gradually eliminate that culture altogether. The US did something similar with the Indian schools in the 19th and early 20th centuries, and to great effect.

On Sunday July 7th, Iranian officials announced that the country’s nuclear program would exceed uranium enrichment limits set by the 2015 nuclear treaty “within hour”. A spokesperson for the Iranian nuclear agency claimed that the process should be complete by early Monday morning local time. Iran’s renewed nuclear ambitions are a direct response to US withdrawal from the 2015 accord and US military buildup in the region in anticipation of a direct Iran-US war. By pushing past the 2015 limits, Iran hopes to bring Europe and eventually the US back to the negotiating table, ending sanctions against it.

US-Iran relations are not in a good place right now, with many commentators and officials anticipating a direct war between them in the near future. It may be instead that the US administration is trying the same carrot-and-stick diplomacy it used with North Korea: a military buildup coupled with a request for talks, holding out as long as possible to get the best possible deal. In this case things are complicated by other ongoing regional issues: the decades-old fight against fundamentalist terrorism, the proxy war between Iran and longtime US ally Saudi Arabia, and the ongoing tensions between great powers attempting to stake a claim to the region. Things are reaching a peak, and if cooler heads on both sides do not prevail we may see a shooting conflict soon.

The ongoing round of peace talks between US officials and their Taliban counterparts are the most productive so far, according to the lead US negotiator in the processes, Zalmay Khalilzad .  The current and 7th round of peace talks opened last week, and are scheduled to resume on Tuesday. According to Khalilzad, positive progress has been made on all four components of a potential peace deal: “counter-terrorism assurances, troop withdrawal, participation in intra-Afghan dialogue and negotiations, and a permanent and comprehensive ceasefire.” US Secretary of State Mike Pompeo said recently that he hopes to reach a peace agreement by September 1 of this year.

With nearly 20,000 US troops still in Afghanistan fighting a conflict nearly two decades old, any progress toward peace should be celebrated. Whether or not this current deal with manifest in a lasting way remains to be seen; similar efforts in the past have failed. Complicating things further are the looming threats of Chinese and Russian interventions in the region. Russia’s attempt to expand toward the Indian Ocean date back centuries, and China’s belt-and-road initiative is a tangible manifestation of its aims in Central Asia. A full US withdrawal could create a power vacuum for one or both of those nations to fill. A great deal depends on Taliban commitment to the process, which must be driven by a realization of their own goals for Afghanistan.  The situation will undoubtedly evolve over the coming months of negotiations, and it bears careful watching.