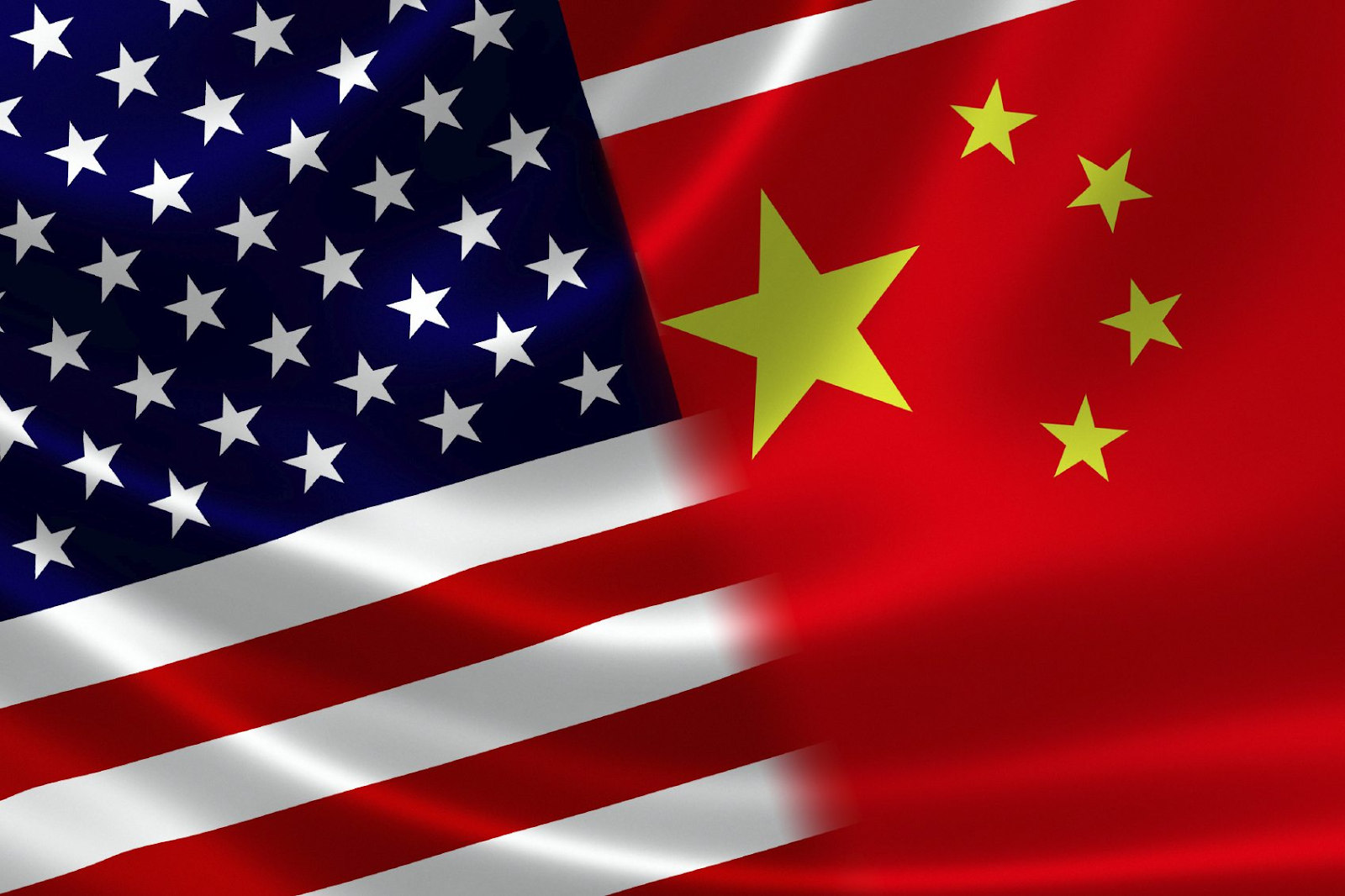 The ISG Weekly Information Summary: An unbiased look at the happenings around the globe, and how they could impact life closer to home. July 02, 2019

In a last minute move that left both officials and the media scrambling, President Trump initiated an historic meeting with Kim Jong-un of North Korea which included the US leader making an unprecedented visit to the DPRK. Held on the DMZ, the two met for a photo op and then talked for nearly an hour. Kim has been quoted as saying that it was his “good personal relationship with President Trump that made such a dramatic meeting possible at just a day’s notice”. Reports have indicated that nothing substantial was decided during this session, aside from an agreement that talks between the two leaders should continue.

While there had been progress in US-DPRK relations, based in large part on Trump’s on-again, off-again friendship with Kim Jong-un, this is the first real sign of progress in months. Trump delivered the last-minute invitation in typical Trump fashion: via Twitter. This is typical Trump diplomacy: erratic, unconventional, teetering between threats and friendship, and ultimately successful under the right circumstances. While Trump’s diplomatic efforts often flummox Western powers, in the Pacific rim his “strong man” approach seems to resonate. Trump’s timing in renewing the conversation with Kim is also interesting, as it coincides with the beginning of the 2020 election season. His end game all along may have been scoring a diplomatic victory in mid 2020 just before the election. Whether this—or any future progress at all—will come to pass remains to be seen, but the ball is rolling again.

A lot happened at the G20 summit in Japan, but some of the biggest news came when President Trump and Xi Jinping agreed to renew stalled trade talks between the two nations. Trump agreed to end the threat of $300 billion dollars in tariffs on Chinese products and—in an unexpected concession—agreed to allow Huawei products to be sold in the US. Trump has agreed to continue working with China for the time being.

Trump’s trade wars are progressing, and generally in directions favorable to the president. This is a bit more of a mixed bag: as many analysts have pointed out, permitting Huawei’s entry to the US is a huge concession and complicates American efforts towards 5G supremacy. This is a major concession—or that’s how the Chinese will spin it. Whether or not this move is successful in establishing the US ina dominant economic position remains to be seen.

In July, Taiwan Presiden Tsai Ing-Wen will spend four nights in the US as part of diplomatic tour of Taiwan’s Caribbean allies. She is expected to stay in New York and Denver while in transit. At this time, no official meetings or conferences are scheduled publicly.

This comes at an odd time in both US-Taiwan and US-China relations. China and the US have reached an agreement to resume trade talks, as we note above. However earlier in June the US Department of Defense moved Taiwan to its official list of countries. This will likely goad Beijing, which adheres to a “One China” policy and sees Taiwan as a dissident province. The DOD shift is likely a move to build US-Taiwan relations—a friendship Taiwan desperately needs as Beijing slowly constricts and removes its allies globally. For the US, this is part of an ongoing strategy to restrict Chinese power around the Pacific rim. It fits with ongoing US efforts at expanding alliances with India, Vietnam, and the Philippines among others. There have been bumps along the way—with India in particular—but the administration is adept at playing a relatively slow game in these matters.

John Bolton, US National Security Adviser and well known hawk, is in Mongolia. More importantly, Bolton was in Mongolia advancing US interests there while Donald Trump was making an historic vicit to the DPRK. In a Tweet, Bolton spoke of “finding ways to harness Mongolian capabilities in support of our shared economic and security objectives.”

The internet had a field day with this, with commentators suggesting Trump had “banished” Bolton from the historic Korean meeting. Others suggested that while all eyes were on Trump Bolton would be focused on bringing Mongolia closer to the US as a bulwark against China’s interests in central Asia. So, is Bolton’s career in jeopardy or is Trump playing “fourth dimensional chess”? The outcome of both respective meetings should tell us much—as will the inevitable Chinese response.

In the wake of high profile deaths of US tourists in the Dominican Republic, the CDC has released its list of travel health risks around the world. While no warnings have been released for that nation, the CDC cites other health concerns both globally and regionally. These include the ongoing global measles outbreak, complicated by human migration, lack of vaccination, and outbreaks in tourist-intensive places like Brazil, France, and Israel. Rubella has made a resurgence in Japan, prompting and advisory there, along with Polio in Indonesia. The current, record-breaking heatwave in Europe prompted a health warning for much of the continent. None of this is meant to be sensationalist; the CDC notes that in general most travel illnesses are minor.

The take-home points for ISG readers is that part of preparedness is understanding the health risk and taking precautions against communicable diseases. The global health landscape is changing as demographic, social norms,and climate all shift, and staying abreast of those changes is mandatory. Fortune favors the prepared mind—and body.

As part of Russia’s far-reaching Arctic expansion plans, state-owned nuclear company Rosaton will tow the nuclear reactor barge Akademik Lomonosov from Murmansk to the remote settlement of Pevek in the Far East. The goal is to bring stable and sustainable power to the isolated yet mineral and petrochemical rich region while expanding Russia’s scope and influence in the Arctic North. The project is not without its critics—Greenpeace dubbed it “Chernobyl on ice”–but the move has the full backing of the Russian government and Vladimir Putin.

This is not the first floating nuclear reactor by decades, yet it is an important step in Russia’s ongoing efforts to cement its sphere of influence regionally. Sustainable power in the far north could be the first step in northern economic expansion and potentially urbanization—two steps that would put Russia ahead of the game as the Arctic becomes strategically and economically more important. While the environmental concerns are not to be downplayed, the real issue for the US is how to counter this potential expansion.

Tensions have been running high in Hong Kong lately, as protesters gathered in the millions to speak out against a bill allowing extradition to mainland China. This morning we learn that protesters in that city attempted to storm the legislative building and force their way into the legislative chambers. July 1st is the 22nd anniversary of the handover from British to Chinese rule, and a traditional day of pro democracy protests in Hong Kong.  In other parts of the city, separate groups of protesters have squared off with riot police, increasing the tension. Efforts by HK Chief Executive Carrie Lam to calm the storm have failed, and the cops seem to be letting the riot run its course as of the time of this writing.

Things seem to be coming to a head for Hong Kong, as pro-democracy movements which have been building for decades clash with Beijing’s vision of a more unified China. Coupled with other internal issues in the PRC, things are mighty tense just now. China’s political future is uncertain—it has failed to gain the economic and military dominance predicted in the late 90s and early 2000s—and as such Beijing may be seeking a more hardline course of action. Their response to these protests will tell us a great deal indeed.

This story hit the wire just as we went to press. Per an anonymous source reporting to Iran’s state owned news agency Fars, the International Atomic Energy Agency—a nuclear industry watchdog—has found that Iran has exceeded the limit set for enriched uranium by the 2015 nuclear deal. Iran has recently increased its enrichment projects in response to growing tensions with the US. If the breach of the 2015 agreement is confirmed by the IAEA, sanctions could be imposed.

This is a breaking story and we’ll try to have more for you as it develops.