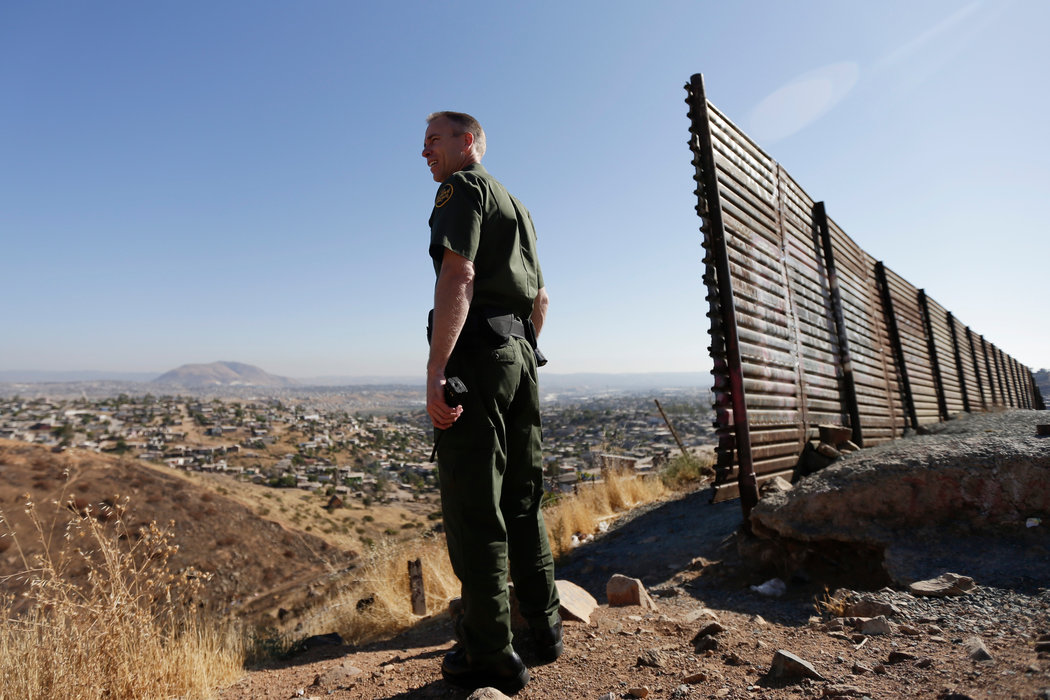 The ISG Weekly Information Summary: An unbiased look at the happenings around the globe, and how they could impact life closer to home. July 15, 2019

In response to rising tensions in the region, the US is seeking military allies to help patrol and police the waters off of Iran and Yemen. Under the recently created plan, the US would provide command ships and surveillance while allied vessels conducted patrols under their own flags. Currently none of the potential partners have signed on for the mission; the goal is to create a scaleable alliance that can expand and adapt as needed. US officials suggest that potential partners will be identified over the next few weeks.

There are legitimate concerns about the safety and continuation of international shipping through these waters—a key reason behind US involvement in the region. The recent tensions between the UK and Iran over a seized tanker are a case in point. One could also argue that the US is seeking greater international investment in the region, building a group of military allies who will automatically become involved in any pending US-Iran conflict. Another potential reason behind the alliance may be cost; President Trump has apparently said that the international community should be footing the bill for this one.  Regardless, involving futher military buildup from a greater scope of forces isn’t likely to calm the situation.

The US State Department has approved another arms deal with Taiwan, paving the way for a 2.2 billion dollar sale of US military equipment including Abrams tanks, Stinger missiles, and armored vehicles. This move has met with strong opposition from Beijing, which has publicly demanded that the US cease and desist and referring to the deal as “crude interference in China’s internal affairs, harming China’s sovereignty and security interests.” Readers should note that Beijing regards Taiwan as a breakaway province rather than an independent nation. The majority of Taiwan residents support independence, and the island functions effectively as an independent nation. A statement from the Pentagon supporting the arms sale claimed that it would “support the foreign policy and national security of the United States by helping to improve the security and defensive capability of the recipient, an important force for political stability, military balance, and economic progress in the region.”

This move comes in the immediate wake of an agreement between China and the US to restart trade talks and potentially end their ongoing trade war.  Tensions between the two nations have been at a high in recent years, with Trump’s aggressive and often-successful foreign policy in east Asian putting him at odds with China’s goals of regional hegemony; ongoing relations between the US and the DPRK are a case in point. Hanging over the heads of this arms deal is the potential for a future one, which would sell US fighter jets to Taiwan. Beijing has been increasing its diplomatic and military pressure toward Taiwan, limiting its already tenuous international support. While its a long way off, the potential for conflict is there and does bear watching.

President Trump has approved the Governor of Missouri’s request for Major Disaster status, in response to an ongoing series of floods and storms that have plagued the state since late April. This will make federal individual assistance aid available to residents in 20 counties affected by severe weather and other disasters. The need is tangible: of the 1650 homes examined during the disaster status assessment, 953 had been destroyed or sustained major damage. Of the 251 businesses examined, 125 had been destroyed or sustained major damage.

This is a disaster, and a tragedy for those involved. It’s also indicative of a broader series of problems facing the US as a whole. Flooding and other weather disasters have put paid to many farmers’ crops this year, which will likely lead to a rise in food prices nationwide. As we move into recovery mode, the costs of fuel, construction materials, and labor will likely go up as well. None of this is likely to cause a recession, at least in and of itself. However it is a reminder of how fragile the system is and how relatively little it takes to disrupt it. Prepared minds should take note and plan accordingly.

They come from many places; Cameroon, Congo, Angola, and Haiti top the list. They are fleeing war, persecution, or economic deprivation. After journey thousands of miles utilizing nearly every mode of transport available they arrive at the US-Mexico border to seek asylum. And they wait. Due to the current asylum process’s policy of metering—allowing only a set number of asylum seekers to apply per day—a growing number of migrants from Haiti and across Africa are piling up in makeshift camps on the Mexican side of the border, often under deplorable conditions. There are few services and little support for them, even as numbers of migrants and asylum seekers surge to record highs. The Del Rio sector—across from the migrant camp at Cuidad Acuna—has handled 40,000 refugees so far this year, roughly twice what it did in 2018. They originated in 50 different nations.

The issues on our border—and thus our issues with immigration and asylum—have shifted from a regional problem to an international issue. Folks from around the world are facing danger and uncertainty in their homelands and view the US as a safe place to start over. That’s laudible, particularly for those of them who are seeking to migrate legally via the asylum process. However, over 600,000 people have sought to cross the border this year, and that number is expected to rise in 2020 and beyond. All nations involved will have to work for a more proactive and sustainable solution.

Another contentious arms deal went through this week, as Russian-made S-400 missile systems began to arrive in Turkey, despite protests from the United States. The new systems should be operational by October, according to Turkish authorities. The purchase and implementation of the S-400 is a major point of contention between the US and Turkey. US officials—who in the past have sold US arms including the F35 to Turkey—claim that having US and Russian equipment operating side by side is a major security risk. Laying out the purchase of the S-400 as a red line, the US has threatened economic and military sanctions against Turkey.

Turkey occupies a strange place, both geopolitically and diplomatically. A longtime US ally, Turkey also has a contentious history with Russia. However, as Russia seeks to expand its own sphere of influence, the S-400 issue provides them with an opportunity to perhaps coax Turkey back into Russia’s orbit. Likewise, the US has the opportunity to carrot-and-stick Turkey further into an alliance with the US. A great deal depends on what the US can offer in both incentives and consequences following the purchase of the S-400.

Water is life, as anyone living in a disaster zone knows—the human body shuts down fairly quickly without it. In day to day life, however, it’s easy for many of us to forget this given how easy and seemingly secure the water supply is. However, as natural disasters become more common and disrupt the infrastructure and as global demand for water increases, water is becoming a  more attractive investment for corporations and venture capitalists. There are already mutual funds investing in water supply, purification, and testing. UN predictions estimate that serious water scarcity could affect up to half the people on the planet by 2030. The monetary investment reflects this: global spending on water is up to 200 billion annually from a previous average of 40-45 billion.

Anyone planning for the long term, whether on the individual, municipal, or national levels, needs to take these numbers into account. Obviously for those with investment capital, pushing some of that money into water development might be a good long-term risk. For those of us living a bit closer to the ground, our long term living and sustainability plans need to take the availability of water into account.  While it is difficult to move water long distances, the infrastructure that supplies may cities and towns with water spans states if not regions, and a serious disruption can effectively cut off the supply. Preparedness plans on all levels must take this into account.

For weeks now, ICE has been planning coordinated raids in 10 US cities, with the aim of serving arrest warrants to illegal immigrants scheduled for deportation. Originally planned for June, the raids were postponed until Sunday July 14th.  Controversy abounded, with city governments refusing cooperation, protests at ICE facilities and offices, and activists planning and offering asylum for those targeted. Immigrants, both legal and illegal, lived in fear in the days leading up to the event. However, as Sunday unfolded, it became clear that no large scale raids were happening in any of the target cities. There were reports of sporadic, small scale raids throughout the day, but those likely fall within ICE’s normal operational scope.

So what happened? Why were the once-delayed raids canceled without notice? More importantly, why announce a raid just to call it off? For now we can only speculate; at the time of this writing no official explanation has been offered. It could be ICE used the threat of raids as an information gathering move: create the fear and then see who responds and how. It’s also possible that ICE’s resources are stretched a bit too thin and that they failed to get needed support from local law enforcement. There’s an outside chance that the powers-that-be felt these raids weren’t worth the negative PR.

Regardless, the issue is far from over. Immigration and asylum seekers are still a hotbutton political issue. Record numbers of them are lining up to enter the nation; more are pouring over the border fleeing violence or repression in their homelands. Any solution will need to be a multinational if not international effort; the time has passed when any one entity could go it alone.

We hope you’ve enjoyed this week’s INFOSUM, our perspective on events happening around the world – without the bias.
Cheers!