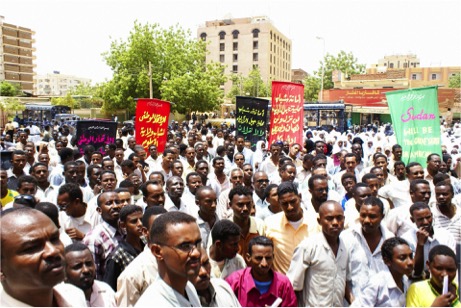 The ISG Weekly Information Summary: An unbiased look at the happenings around the globe, and how they could impact life closer to home. April 15 2019.

President Trump has signed an executive order “On Coordinating National Resilience to Electromagnetic Pulses”. Among other things, this EO creates and information and R&D sharing program among federal/state agencies and relevant private stakeholders in order to asses threats and vulnerabilities in US infrastructure and subsequently coordinate such changes as may be necessary.

Various voices within both the government and the private sector have been concerned about the US national vulnerability to an EMP, either natural or man-made. Obama tried something similar with his “Smart Grid”initiative during his first term, but that never really found traction. It’ll be roughly late July/early August before the DHS presents the first round of findings, but this move fits into a broader pattern of military and policy changes which in turn suggests that the Trump administration is gearing up fora future peer-on-peer conflict that may result in an attack against the mainland US. On a more pedestrian note, this may be a roundabout way for thePresident to fulfill some of his campaign promises regarding infrastructure development and improvement in the US by enacting some of the smart grid measures envisioned by his predecessor.

2. MIGRANT CARAVAN FORCES ITS WAY THROUGH MEXICAN BORDER HEADED FOR US

Things heated up on Mexico’s southern border this week, as a group of approximately 350 migrants originating in Guatemala broke through agate at a border crossing and forced their way into Mexico. This group includes people from Cuba, various African nations, and Central America. They join other groups of migrants who have been frustrated by Mexico’s policy of slowing or stopping the visa process for various reasons. A similar group of about 2,500people waits at a nearby border crossing in the Mexican state of Chiapas.

The migrant crisis may have dropped off mainstream media radar the in US, but it is an ongoing issue for Mexico and its Central American neighbors. And as the US curtails aid to select Central American nations aspart of a harder stance on migration, Mexico is likely to bear more of the burden. The Trump administration’s ongoing threats to close the US/Mexico border may be part of an effort to keep Mexico onboard in stopping further groups from entering Mexico as the first step in a journey to the UnitedStates. Immigration and migration remain touchy issues in both the US andMexico, particularly as the US 2020 election cycle moves into full swing.

The political situation in Sudan has turned volatile. OnThursday, President Omar al-Bashir’s 30 year rule came to and end when a military coup established a new government, immediately declaring a three-month state of emergency. The coup was a response to long-term concerns about corruption, transparency, and a failure to deliver on key policy changes. The coup was, initially, a relatively peaceful transfer of power. However protests against the new military government began almost immediately, headed by an umbrella group known as the Alliance for Freedom and Change.  The Alliance submitted a list of demands to the new military government on Saturday. The protesters say that they will continue until their demands are met.

Sudan itself is neither a major military nor economic force.However, it does occupy potentially key strategic real estate in an increasingly contested corner of the world, with a Red Sea coastline and land borders with other volatile nations including Libya. As the world’s great powers continue to vie for supremacy, Sudan may become another point of contention—particularly as China furthers its investment in East Africa.

On Saturday, Singapore and India concluded a two-week military exercise named Bold Kurukshetra-2019. This bilateral effort involved armored units from both nations integrating “maneuvers, exercise planning, and training.” It peaked with a live fire exercise in what Singaporean leaders called a “realistic” environment. The live-fire portion took place at a training facility in central India. This is the latest in a series of exercises, stemming from a 2017 agreement to strengthen ties between the two nations.

India and Singapore have a shared history and heritage along with a broadening set of shared security concerns. Singapore in particular has courted further Indian involvement in their military planning, seeking to include the larger nation in naval exercises in the South China Sea and encouraging visits by the Indian Navy to Singaporean ports. Taken in sum, these exercises—including Bold Kurukshetra-2019—are likely part of a region-wide effort to bolster cooperation against Chinese expansion. It is worth noting that both Singapore and India have close ties to the US—and thus to the on going Spratly Islands dispute in the South China Sea.

5. INDONESIA ELECTION COULD HAVE IMPLICATION FOR REGIONAL INVESTMENT

Indonesia is scheduled to hold an election on Wednesday, April 17th, with the presidency among the other seats up for grabs. As is common globally these days, key issues include infrastructure, security, internal corruption, and economic growth. The two lead contenders—current president Joko “Jokowi” Widodo and former general Prabowo Subianto—come from radically different backgrounds. Widodo is a man of humble origins who rose through the ranks, while Prabowo has ties to the postcolonial Indonesia political elite, in particular former president/dictator Suharto.

This election has potentially long-reaching implications. Foreign investment has been flowing into Indonesia of late, in part due to President Widodo’s ongoing efforts to improve the Southeast Asian nation’s long-term position both economically and militarily. Indonesia has been experiencing 5% annual growth for the last several years, which will likely come to an abrupt end in the event of a surprise Prabowo victory. Given an uncertain global market and the various regional tensions in play, Indonesia’s election is an event worth watching.

The Government Accountability Office released a 67 page report last week which presented in some detail the various “serious economic, security, and social challenges that require difficult policy choices” facing the US government in light of growing national debt. According to the report, long-term fiscal projections show that current policies and spending practices place the US on an unsustainable path, which may lead to unmanageable spending and various resulting “financial challenges”.

This report comes as part of a mixed bag of news about theUS economy, which in some ways is showing signs of growth with both employment and wages on an upward track. However, short term gains can mask long-term problems, as the GAO’s report suggests. Coupled with some rather gloomy projections for the global economy in both the near and mid terms, it makes for interesting reading and gives both investors and working-class citizens food for thought.

Microsoft’s Internet Explorer, long one of the most widely used web browsers, has been shown to have a number of security vulnerabilities which could permit unauthorized access to data on Windows PCs. An exploit within Explorer’s archiving setup allows for file theft—and since Windows uses Explorer as a default, the browser doesn’t even have to be running for such theft to occur.

This exploit affects Windows 7, 8, and 10 systems, as well as some Windows servers. There has been no formal response form Microsoft as of this writing.

On Friday, Colorado became the most recent state to enact a“red flag” law, allowing officials to sieze firearms from anyone deemed to be a danger to public safety.  The vote was split along partisan lines, with not a single Republican giving their support. Further opposition came on the local level, with dozens of county sheriffs objecting to the new law and refusing to enforce it. The law would allow law enforcement officials and family or household members to seek a court order to have guns seized or surrendered should the evidence show that a given person posed a threat. The bill will take effect in January 2020.

The battle over the Second Amendment rages on in these United States, but the battleground itself has shifted. Party pressure in Congress means that national-level action is unlikely until after the 2020 election cycle, meaning that the fight has shifted to the state and local level. Colorado demonstrates many of the divides facing America over this and other issues: rural vs. urban, local vs national, progressivism vs a more conventional approach. Second Amendment activists in other states should keep a careful eye on the events unfolding in places like Colorado; they may provide a framework for future action.

As an aside, the U.S.’s system of checks and balances is poised to be rediscovered as Elected officials in the Executive Branch such as Sheriffs return to the understanding that they’re under no legal pressure to enforce orders from the Legislative (or judicial) branch. These separate but equal entities were created to ensure that rogue legislation could be effectively curbed by dispersing the creation of law, the enforcement of law, and the process of establishing guild or innocence.

Cryptocurrencies are back in the news, as a mystery buyer drove up prices via a series of coordinated purchases in Asia. Now concerns have come to light about North Korea’s cryptocurrency ambitions. A relatively isolated nation, North Korea has long struggled to find ways to move international funds into its economy. A London-based analyst group has suggested that the DPRK may use cryptocurrency as a means of evading international sanctions, with Southeast Asia as a potential target for such activities.

There are several concerns here. The DPRK has a long history of using its holdings and investments in Southeast Asia as a means of keeping its currency afloat with infusions of hard money. Likewise North Korean cyber warfare units have targeted both conventional and cryptocurrency exchanges in the past. Coupled with the recent mystery buy of Bitcoin in Asia and the resulting rise in Bitcoin’s value, it would appear that something is afoot.

If you enjoy unbiased reviews of current events, rather than knee-jerk media for ratings, please consider sharing, or subscribe to ISG, by clicking “Join the Pack”.