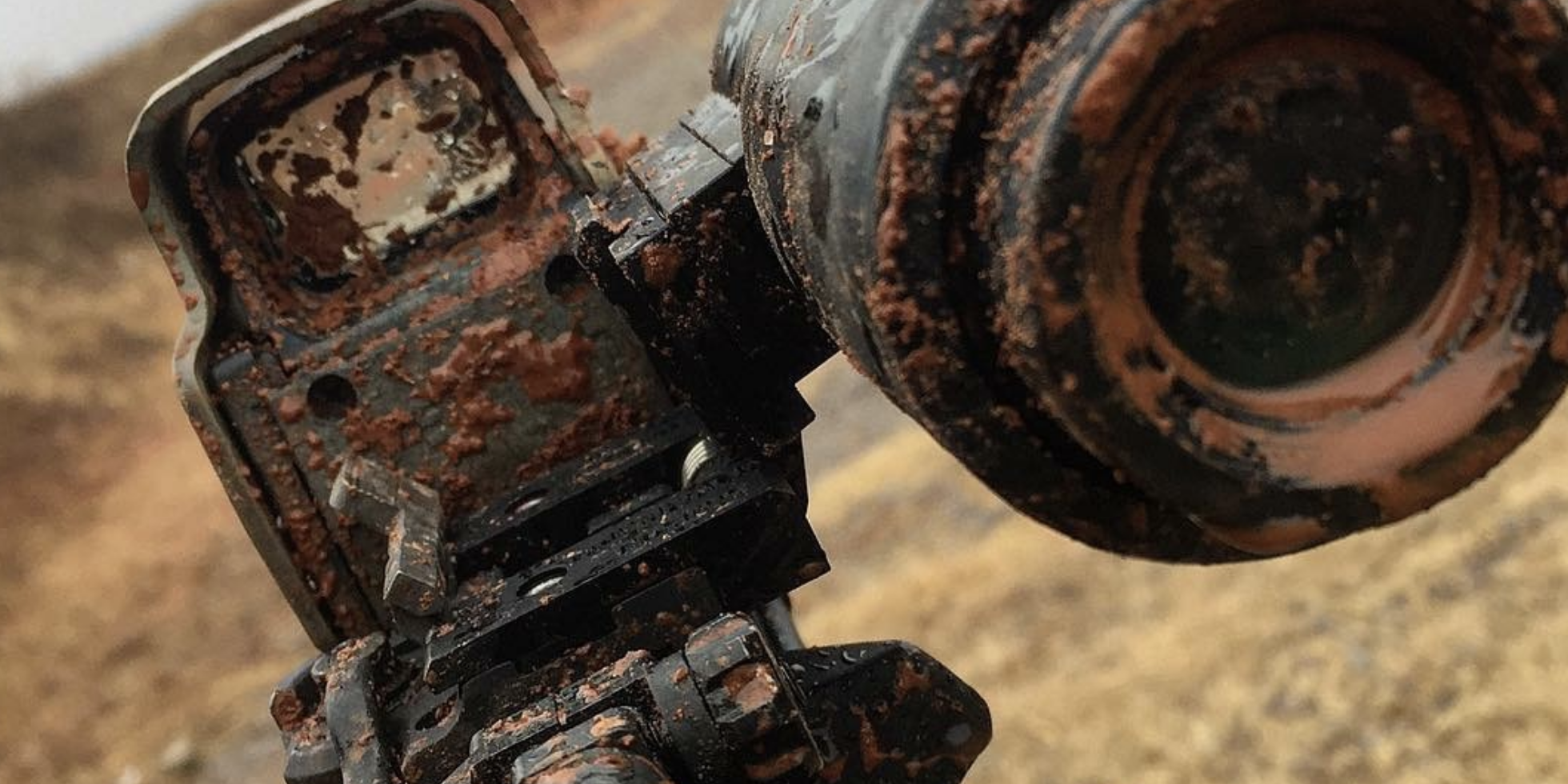 We believe that guns are a responsibility, in addition to being a right. You owe it to those with whom you share a free society to be an asset, not a liability.

Here at ISG, we firmly subscribe to the notion that guns are tools. They’re cool and can be fun, but primarily, they are a necessary evil that allows us to push our chips forward and match technology and aggression with the bad men of the world. We often get questions about our guns, and to that end, we’re going to introduce you to our basic tools you’ll see us fielding. The goal isn’t to get into the weeds about what ______ is best for ______, but rather to give our readers our rationale; if you’ve followed us for any length of time, you’ve probably seen us advocating for high levels of proficiency with a wide variety of weapons.

With that, let’s get to the fun stuff, and talk gun stuff.

Pretty much any modern firearm made in the last 60 years can be made to work… especially within the definitions we lay out in “Understanding Emergencies”. Prolonged maneuver warfare is probably not in your future.

So, for holdin’ it down during common emergencies, simply having a longarm is probably enough. Since ISG isn’t about doing everything we can to be ‘enough’, let’s call it like it is: Almost all modern firearms are pretty good. If you’re in the U.S., finding guns probably will not be a problem for a lifetime or so. If things really go to hell, there will be rifles around.

Whatever you choose, devote yourself to being as fast and accurate with it as possible.

10 years ago, guys would tell you the AK was inaccurate, not ergonomic,, and slower than the AR platform. Now, guys like Travis Haley are doing reloads with AK’s that are lightning fast… and following them up with accurate shots out to reasonable rifle ranges. The true power of any discipline isn’t focusing on what can’t be done, but redefining best practices through experience and use. Skill is the outflow of experience and use, so use your guns. Work to become skilled with whatever you choose. Once you’ve reached proficiency, grab a new platform, and push it to its limit.

While ‘on-demand’ performance is always subject to wobbles, this is a great mantra to train by.

Caliber debates are largely a waste of time. A bullet is generally either a rifle cartridge or a pistol cartridge. Beyond that, it either shoots flat or requires some additional knowledge of its drop compensation. On ballistics, there’s a phrase that’s caused headaches for ages now: stopping power; “stopping power” is an amalgam of situational elements that sometimes come together, and sometimes don’t.

To start with, we’ll need to find a common understanding of what constitutes “stopping power”. The reality is that it is more of a ‘concept’ than a quantitative or factual occurrence. There are instances I’ve heard of in which spawl (projectile fragments/ricochets) caused psychogenic shock. I’ve seen a 10 year old girl shot in the head with an AK47 who survived. Stopping power is essentially an erratic trifecta of:

So really, ballistics are only a small part of a much larger picture.

When talking about guns, it’s tough to avoid getting lost in the pageantry. There are guys who say the only thing you’ll ever need is a stock Glock. Likewise, there are those who think that without a red dot and compensator that you’re handing an advantage to the enemy.

Here’s la realidad: This is a distraction. If you’re just starting out, don’t bother wasting your time with those terms, and if you’re a seasoned shooter, you know what you need… more ammunition to train with.

What is practical for you depends on your level of skill. If you’re a bad shooter, buying accessories isn’t going to fix it. If you’re a ‘good’ shooter, sometimes those things can help you to push into ‘great’. Experience is a great tool in defining what’s ‘needed,’ but as we discuss elsewhere, not all experiences are the same, and often other people’s experiences won’t be applicable to your life…

So where does that leave us?

Speaking practically, you’re far more likely to use a handgun than a rifle. Start there and get good with it. From a tactics perspective, if you’re good with a pistol, most tactics should be cake with a rifle/carbine, so really get to work with it.

Buy something of sufficient reliability that you can accurately place fast hits on a target from a holster. That’s it.

Don’t skimp on guns. Typically, if it’s cheap, it’s not good, and if it’s good, it’s not cheap. You’re better off putting something quality on layaway than buying some holdover piece that doesn’t work or hold up. It doesn’t matter if you like an exposed hammer or striker fired, and while you really can’t go wrong with a Glock, they’re not the only game in town anymore. S&W, Sig, Beretta, H&K all make excellent, reliable pistols. When you budget for a firearm, include the price of at least 4 magazines (or speed loaders) and a holster.

Telling a broad audience which holster is right for them is like telling them what kind of underwear to buy. No two people are going to be comfortable in the same thing. However, there are three pieces of advice we can give:

Finally, implicit in the whole “holster” thing is this: You’ve got to be willing, able, and consistent about carrying it. If all this seems like too much, that’s fine. Shooting can be a fun hobby. But ditch the Punisher stickers and don’t pretend like a hobby makes you an expert.

In recent years, guns have become more of a hobby than a deadly serious responsibility. We often talk about how posers are never cool, and how it’s more important to be real than to look real. So, here’s some more real talk: We don’t want you to shoot people.

We’re hoping that when you train, you train in a way that emphasizes good tactics that can prevent you from being selected for victimization. We want you to practice good situational awareness,  to work on understand emergencies, to practice checking your swing (don’t pull the trigger every time you draw – work judgment into your training), and defensive tactics. Just because you’re in a fight, that doesn’t mean you’re in a gunfight.

The goal here isn’t to work like a Delta Force operator and shoot heads. It’s to have the capability to, but also to have the sense to outmaneuver the threats so that force is a justifiable last resort. As we’ve discussed in Spheres of Violence, the citizen doesn’t have backup, close air support, or a legal union representing them if something goes wrong. Your judgment and execution has to be beyond reproach.

The last thing we’ll say is this; don’t be unconsciously incompetent.

While we often emphasize that most of us are not Tier 1 special operations personnel, open your eyes to their level of proficiency and maturity. Don’t get piss drunk, whip your gun out, and blaze away for freedom when there are kids around, or point your gun at pregnant women.

Part of our goal with the ISG life is to put people at ease by our presence. This means they must know, beyond a doubt, you’re not going to do something stupid with your firearm. If that just isn’t you, go take up a different hobby. If it is, let’s push on and talk about what we run with.